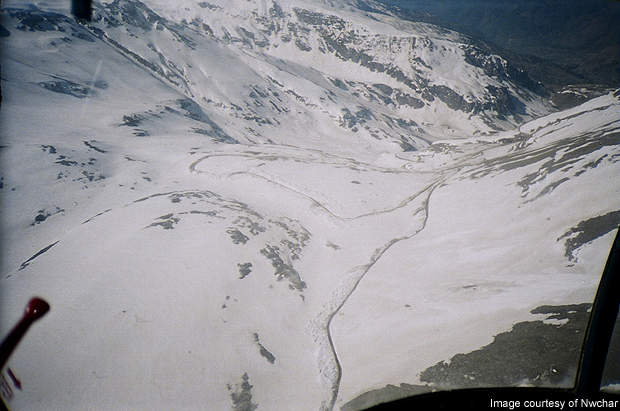 The snowbound Rohtang Pass in winter. 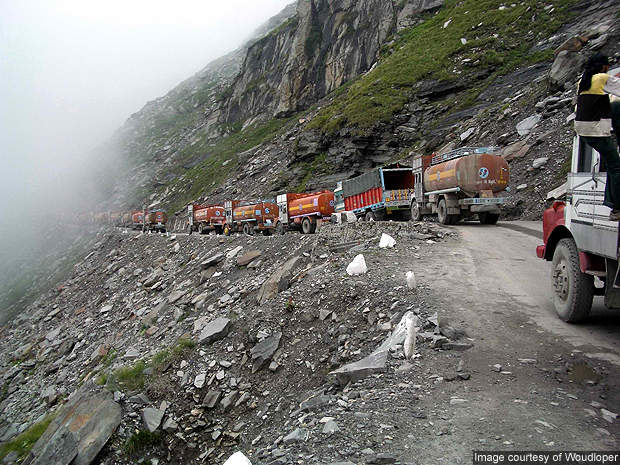 Supplies being carried on the Manali-Leh highway via the Rohtang Pass. 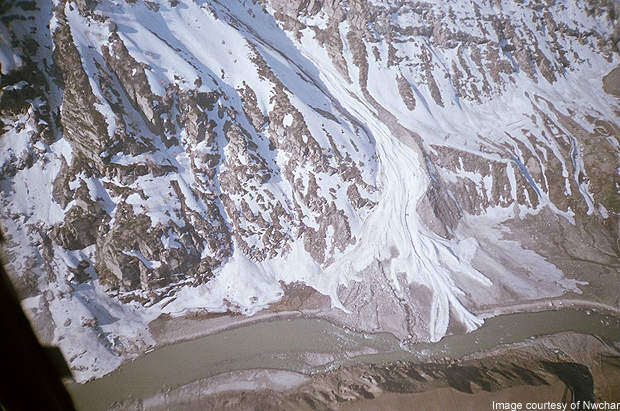 An avalanche on the Manali-Leh highway. 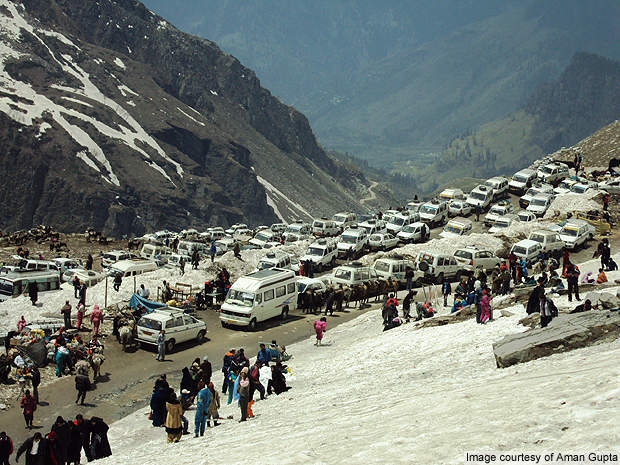 The Rohtang tunnel is expected to give a boost to the flow of tourists from Manali to Lahaul-Spiti.

The Rohtang Tunnel is a route that will connect the Lahaul-Spiti valley to the tourist town of Manali in the northern state of Himachal Pradesh, India. The tunnel will also form part of an all-weather access route to the mountainous regions of Leh and Ladakh in Jammu and Kashmir (J&K).

The plan for the tunnel was conceived in 1983. The foundation stone for the project was laid by the then prime minister of India Atal Behari Vajpayee in June 2000. Work on the tunnel began in July 2010. It is expected to be completed by 2015.

The cost of the project is estimated to be about Rs15bn (approximately $321m).

The state-owned Border Roads Organisation will operate the tunnel.

The construction contract of the tunnel has been awarded to Strabag-Afcons, a joint venture between India-based Afcons Infrastructure and Austria’s Strabag.

The contractors were selected after the project was approved by the Indian Cabinet Committee on Security in September 2009.

“The tunnel will reduce the distance between Manali and Lahaul by about 45km and travel time by four hours.”

The feasibility study for the project was done by Rail India Technical & Economic Services (RITES).

Manali and Lahaul valley are currently connected through Rohtang (meaning a “pile of dead bodies” in Persian) Pass on the Manali-Leh highway. The pass is 50km away from Manali, at an altitude of 3,978m (13,000ft). The route is closed for about six months from November to May every year due to severe weather conditions during winter. This leaves Lahaul and Spiti cut off from the rest of the country.

The tunnel will reduce the distance between Manali and Lahaul by about 45km and travel time by four hours. The project is important for the transport of supplies to military establishments in Ladakh and Leh and also for the local people to sell their agricultural produce in the towns. It will give a boost to tourism. Manali hosts tourists from across the world. The tunnel will make it easy for the tourists to visit Leh and Lahaul, which is at present a strenuous journey.

The horse-shoe shaped tunnel will be laid at a general altitude of 3,000m-3,100m. It will be the world’s longest tunnel at such high altitudes.

“As the Rohtang tunnel alone would not make the Manali-Leh road an all-weather route, a 292km road is also planned under the Project Rohtang.”

The road will be 10m wide with a footpath of 1m on either side. It will be designed to sustain vehicles at a speed of 80km/h.

The project includes construction of access roads on either side of the tunnel to connect the Manali-Leh highway.

As the Rohtang tunnel alone would not make the Manali-Leh road an all-weather route, a 292km road is also planned under the Project Rohtang.

The road will help in overcoming the snowbound Baralacha La and Thaglang La passes.

The work on the tunnel began in July 2010. It is expected to take 63 months to complete the project. The tunnel will be constructed using drill and blast NATM (New Austria Tunnelling Method) techniques.

Inclement weather and avalanches might prove to be hurdles in the construction of the tunnel. Disposal of the huge overburden could also be a major task. The average overburden for the tunnel will be 600m and the maximum 1,900m.

The principal support system for the tunnel will be a combination of fibre reinforced concrete and rock bolt. Yieldable steel ribs will be used as additional support in poor rock areas.

The tunnel will have semi-transverse ventilation with fans to circulate air. The long distance of the tunnel and the high altitude have necessitated the special ventilation system.

Construction of one of the two access roads was completed in 2005. The road connecting the south portal of the tunnel to Manali is 2.7km long. It will have 18 avalanche protection structures. The 23.8km north portal road will connect the tunnel to Manali-Sarchu road. The two roads are estimated to cost Rs1.8bn ($38m).

The approach roads will initially help in carrying the construction material to the site. They will be later developed to meet the specifications of a National Highway double lane.