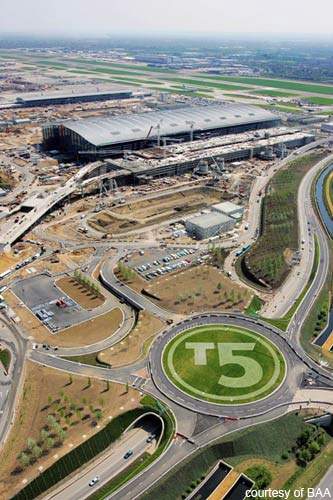 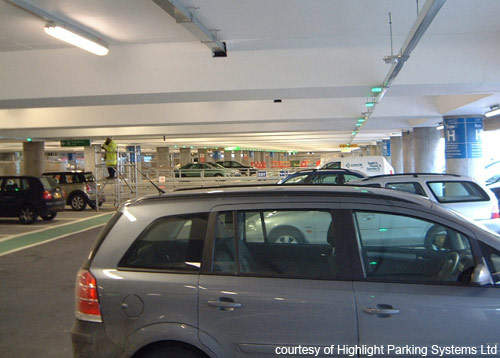 Highlight Parking Systems has installed an innovative sensor and indicator system at the T5 MSCP. 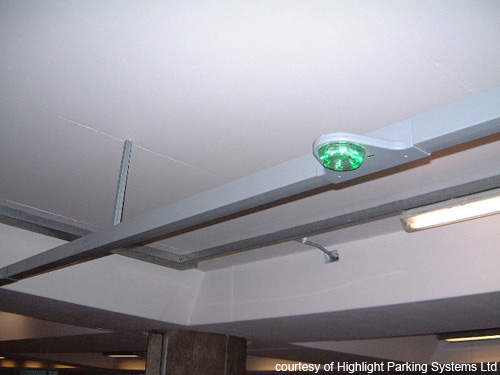 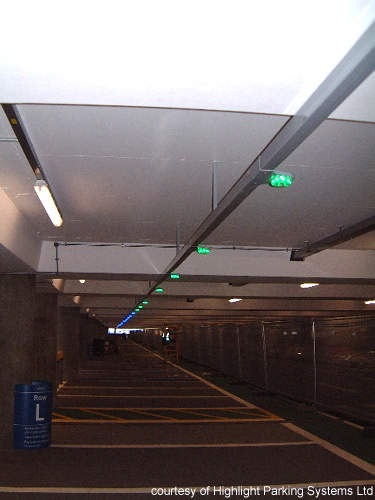 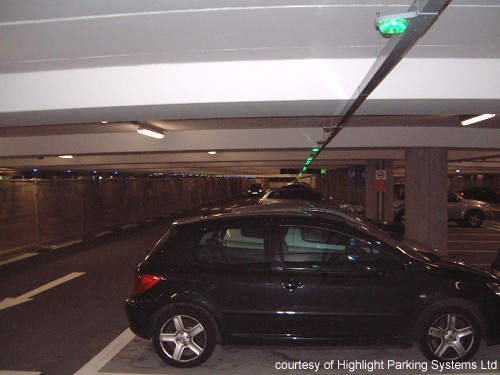 The system has been hailed by BAA as one which will contribute to reducing carbon emissions.

Heathrow’s Terminal 5 began passenger operations on 27th March 2008 and suffered one of the most disastrous openings in airport history. Despite costing a total of £4.3bn, the terminal was forced to cancel over 500 flights and lost around 28,000 bags within the first few weeks of opening. T5 was unable to resume its full schedule until 8 April 2008.

However, evidence of the terminal’s potential, particularly in regards to technology, is found at its multi-storey car park, which has a new intelligent parking system.

Upon arrival at the car park, the car has its registration plate recorded by a number plate recognition system and printed on a ticket for the driver. Once through the barrier the driver isdirected to an empty parking space.

HOW DOES THE SYSTEM WORK?

This system works by using an information screen at the barrier, a bay monitoring system and further intelligent signage at a number of strategic positions throughout the car park, which indicate where to find an empty space and how many spaces there are. This information is updated in real time as the sensors are all networked to a central system, which ‘polls’ them every few seconds for an update on status.

“Once the car is parked a sensor will mark the bay as occupied. “

Empty parking bays in the T5 multi-storey are indicated by the green light of a sensor placed over the space; in this case, because there were no pillars the sensor and light were combined into one unit. Once parked the sensor will mark the bay as occupied and the green light will go off.

Other colours are available and T5 disabled spaces are marked with a blue light. The driver can then simply go to the terminal and conduct his or her business.

ON THE WAY HOME

Currently, when returning to your vehicle, however hard you try you may still forget the details of the zone you’re parked in. The new car park has a solution – by inserting your ticket into a car-locator terminal at the car park (one of 16 such machines at the entrances and on each floor) the driver will get a 3D map image on a 32 inch LCD screen indicating a region where the car is parked.

Each floor is divided into four regions of around 200 cars, with each floor holding around 800 cars. When parking the car is tracked with a number of cameras assigned to every region, at the start and end of each.

“The system saves the driver roaming round and round the car park looking for a space and so can reduce carbon emissions.”

This means that the system knows only which floor and region the car is parked in and the location cannot be pinpointed to a particular space. Systems are being developed to do this but they are not in use at T5.

This system uses only around 35 infrared cameras which can recognise number plates; a more accurate system would require more cameras or different technology. To pinpoint a car to a particular space the spaces would have to be numbered and this is not the case at the 3,800-space Heathrow T5 multi-storey car park (MSCP).

The entire MSCP is networked and space details are displayed throughout the car park on electronic signs and updated in real time via the sophisticated sensor system provided by Highlight Parking Systems Ltd.

David Harrison, the managing director of Highlight Parking Systems, commented: “The system saves the driver roaming round and round the car park looking for a space and so can reduce carbon emissions. In the T5 car park this could save 397t a year (BAA research figure).”

Highlight Parking Systems also installed a similar system in the Terminal One MSCP (short term) as a trial prior to the T5 contract. In this case, the sensors and indicator lights were in separate units. Siemens developed and installed the car location system.