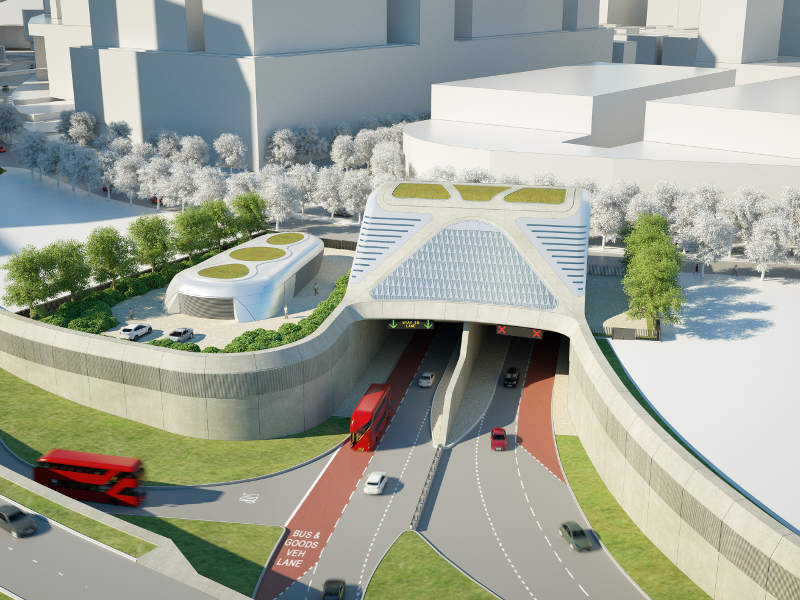 The Silvertown tunnel is a new twin-bore road tunnel to be built under Thames River. Credit: TfL. 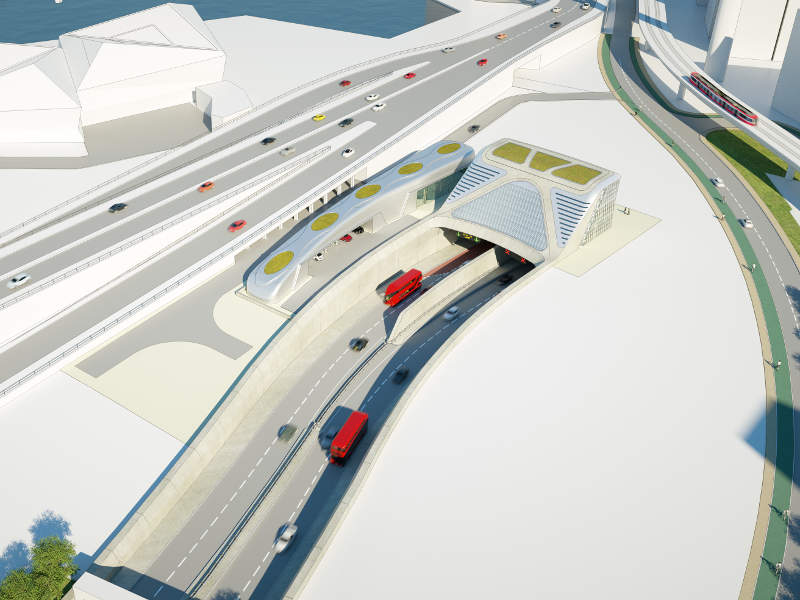 The tunnel is expected to become operational in 2023. Credit: TfL. 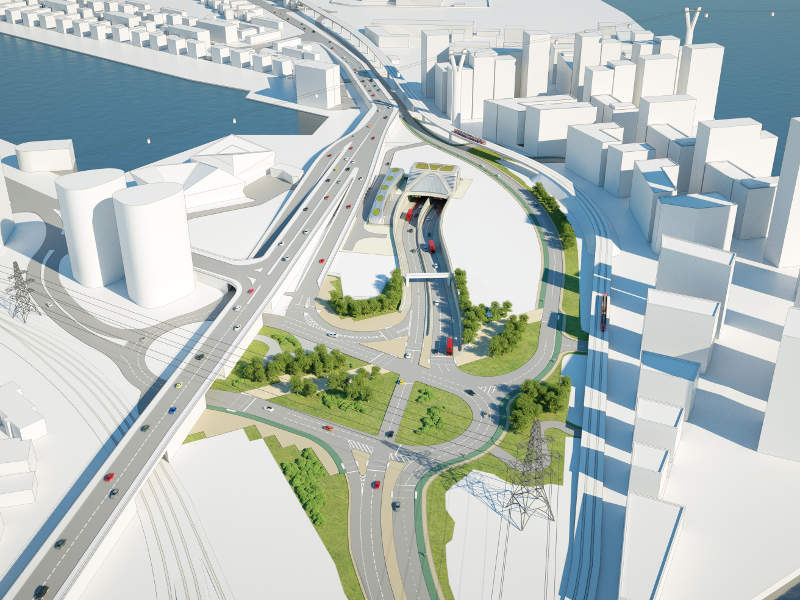 The Silvertown Tunnel is a new twin-bore structure to be constructed under the River Thames in East London, UK. The project is being undertaken by Transport for London (TfL).

The twin-bore road tunnel will provide a link between the Tidal Basin in the Royal Docks on the northern side and the Blackwall tunnel approach on the Greenwich peninsula on the southern side.

The River Thames is currently crossed by Rotherhithe, Blackwall and Dartford tunnels, the Queen Elizabeth II Bridge and the Woolwich Ferry. The Silvertown tunnel will significantly increase the capacity of the existing infrastructure.

The tunnel will also facilitate cross-river public transport connections. It will carry a bus/heavy goods vehicle (HGV) lane in each direction and be open to high-speed vehicles.

The UK Department for Transport (DfT) has granted a development consent order (DCO) to TfL for the construction of a tunnel in May 2018.

The project will be executed through a design, build, finance and maintenance contract. TfL is expected to confirm the preferred bidder by the end of 2018 and award the construction contract in early-2019. The construction is scheduled for completion in 2023.

Each tube of the new tunnel with cross-passages will be approximately 1km-long and will carry two traffic lanes. The 0.2km-long cut-and-cover approaches at Greenwich and Silvertown will be capable of carrying the same number of traffic lanes as the bored tunnel.

Each approach will have a tunnel boring machine (TBM) chamber at the interface with the bored tunnel to support the construction activities.

A minimum horizontal distance between extrados of bores will be maintained, while EAL deep foundations will be laid. The maximum ground will be covered between the tunnel bores lining extrados and the riverbed.

Each bore will be separated with one bore diameter, while the minimum TBM radius of curvature will be 400m. Minimum clearance between the tunnel extrados and the Docklands Light Railway (DLR) viaduct piers will be maintained.

TfL is currently working with local boroughs, landowners and stakeholders to outline the next stages of the project, including land acquisitions, construction logistics and access requirements for residents and businesses.

The new Silvertown tunnel will ease congestion and reduce air pollution at Blackwall tunnel while improving the road network in east London.

It will also enhance road connections to and from Docklands and east London from South London.

Cross-river public transport connections will be improved as up to 37 buses an hour can commute through the tunnel. Pedestrian and cycling lanes will also be built on both sides of the tunnel.

Balfour Beatty was selected as the construction advisor for the project.

Atkins was contracted to provide the reference design for the Silvertown tunnel to serve as a basis for Environmental Impact Assessment (EIA).

Yee Associates partnered with Atkins to develop the architectural design for the tunnel.