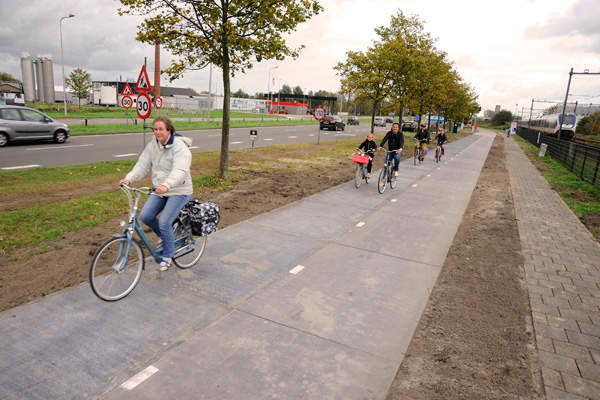 The SolaRoad pilot path was opened for the public in November 2014. 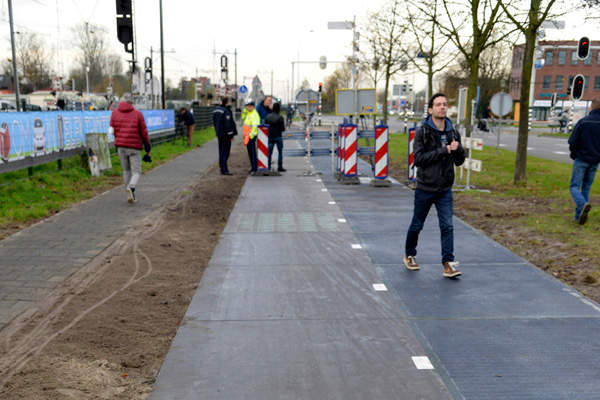 The 100m pathway absorbs sunlight and converts it into electricity.

Construction on the SolaRoad pilot project started in October 2013. 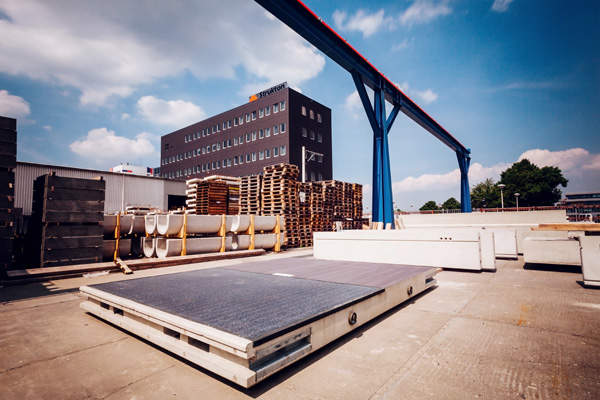 Crystalline silicon solar cells underneath the toughened glass top layer of the SolaRoad. 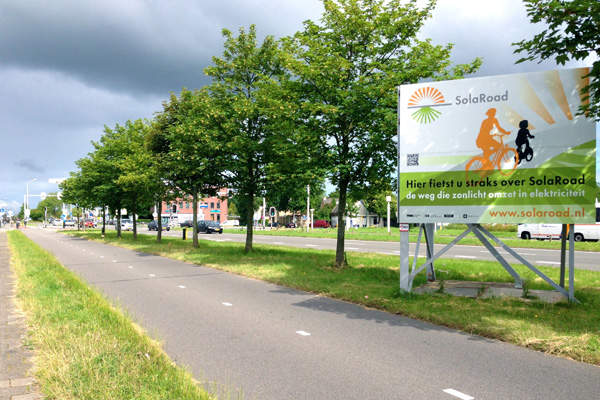 The SolaRoad project was officially presented in the NEMO science museum in January 2011.

SolaRoad is a unique road that converts sunlight reflecting on its surface into renewable power. Located along the N203 in the town of Krommenie in North Holland, the 100m-long pilot project is the world’s first solar power-collecting roadway in the Netherlands. The road was opened for the public in November 2014.

The solar power generated by the road is used for street lighting, traffic systems, households and power-electric vehicles.

The project was jointly developed by a consortium of partners consisting of the Netherlands Organisation for Applied Scientific Research (TNO), road construction company Ooms Civiel and Imtech Traffic & Infra and the province of Noord-Holland. The estimated cost incurred in the development and execution of the test road was €3.5m ($4.3m).

A cycle path under the control of the Noord-Holland province, the SolaRoad test route is located in Krommenie beside the N203 motorway. One direction of the road’s asphalt surface has been replaced with concrete modules integrating solar cells.

“The solar power generated by the road is used for street lighting, traffic systems, households and power-electric vehicles.”

The place was selected for the pilot project for a number of reasons, the foremost being the abundant exposure to sunlight of the N203 stretch. The roadway also has free space on both sides, which allows for easy measurements in and around the cycle path. Additionally, the road can be easily monitored and tested because of its intensive usage by the public. It is expected that approximately 2,000 cyclists a day will use the road.

The SolaRoad project is being developed in stages with scope for continuous improvement in the solar technology. The first prototype of the project was developed in 2010 and underwent extensive tests in the laboratory. The results were very promising, but demanded for certain improvements. The SolaRoad concept was officially presented in science museum NEMO in Amsterdam in January 2011.

Thanks to the success of the pilot project, other municipal roadways are planned to be converted into solar roads as they make up about 90% of the total road network in the Netherlands.

Construction of the pilot SolaRoad pathway

The first 70m stretch of the SolaRoad cycle path was completed in October 2014 and was tested for its usability. It generated approximately 140kW of energy during the testing phase. The remaining 30m of the pilot cycle path was laid after the successful test run.

The pilot SolaRoad pathway comprises 2.5m x 3.5m concrete slabs embedded with integrated crystalline silicon solar cells and covered with 1cm-thick tempered glass. The layer safety glass and the solar cells underneath are fixed in a manner to withstand daily use and are strong enough to resist abrasion to all traffic, including service vehicles. The surface consists of a skid-resistant coating that provides users sufficient grip during walking or cycling.

The tempered glass is also resistant to shock loads of falling objects and environmental influences, which were applied on the surface during numerous mechanical and thermal tests. The glass is designed to avoid any discomfort due to reflections on its surface.

Each prefabricated element is interconnected for forming the cycle path. This linkage makes sure that there are no height differences at the transitions between each element. The road is designed to obviate impairment from the soil below and from expansion and compression due to changes in temperature.

The Netherlands’ annual power consumption is approximately 110,000GWh, which is expected to grow at 3% a year, according to CBS Netherlands’ estimates. In order to meet the growing demand for power, other alternatives such as the SolaRoad project were considered. Approximately 140,000km of roads in the Netherlands are spread across 400km² to 500km², which is notably larger than the suitable roof surface area in the nation.

The power generated during the pilot solar road project is supplied to the local electric grid and is expected to meet the annual electricity requirements of two to three households of the region. If implemented on a large scale, direct power supply to the grid would not be feasible as it requires information and communication technology (ICT) systems.

Smart ICT applications need to be implemented to effectively distribute the power generated by the solar cells during peak times when there is abundant sunlight and dip times such as nights when there is no sufficient sunlight.