Road widening and reinstatement as well as bridge replacement 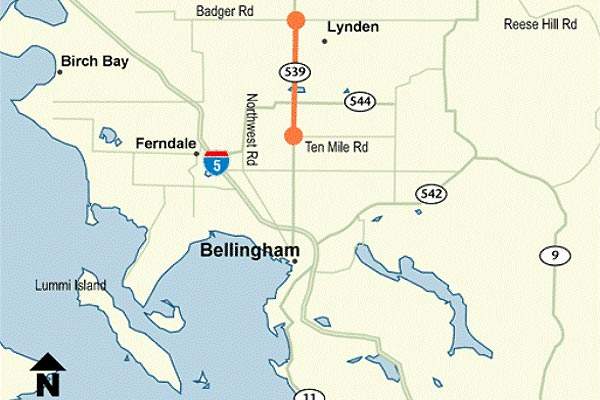 The SR 539 runs from Bellingham to the Canadian border. 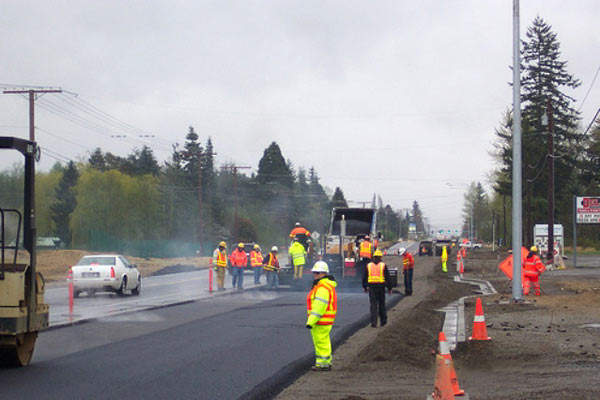 The project has been undertaken in two phases. 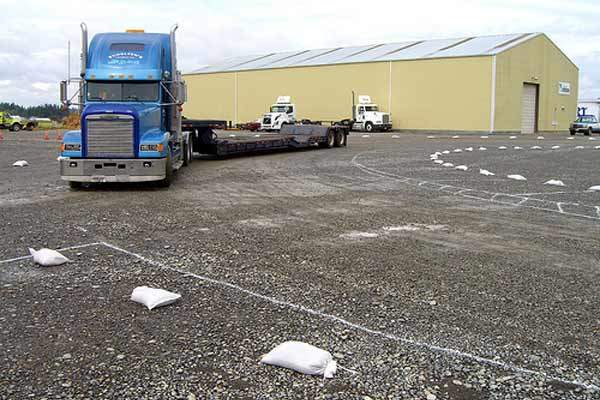 Roundabouts will be constructed on four intersections and to allay fears tests with large vehicles were undertaken in 2006. 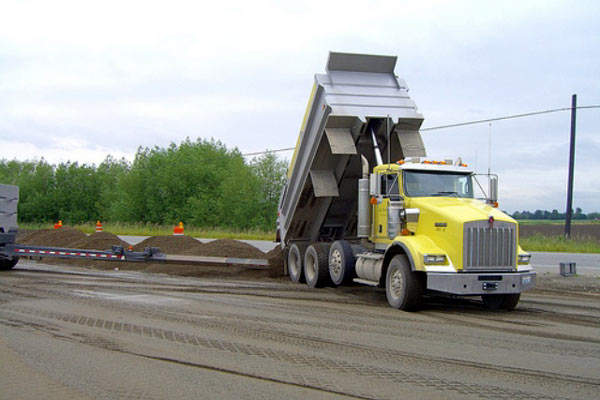 The project will reinstate the Meridian Guide road as a major safe route.

The SR539 (State Route) is a highway in Washington that runs from Bellingham to the Lynden-Langley (US-Canadian border), a total length of 15.16 miles (the road is totally straight for its entire length). The route begins at exit 256 of the I-5, just north of Bellingham downtown area and then proceeds north to the Canadian border between Lynden in Washington and the township of Langley in British Columbia. The road has been given a number of different names and is also known as the Guide Meridian Road, Meridian Street (Bellingham) and the Guide Road (Lynden). The Guide Meridian road is used by approximately 23,000 vehicles per day.

The roadway was widened to a four-lane road by 2010. The upgraded roadway has improved motorist safety and reduced traffic congestion.

The SR539 expansion transformed it into a four lane highway. The work, which began in June 2007, was undertaken in two phases. The first phase was from Horton Road to Ten Mile Road (6.2 mile) and saw a wider roadway pavement along with new signals at the Smith, Axton and Laurel Road intersections. In addition the Four Mile Creek and Ten Mile Creek Bridges were replaced with new wider, safer bridges. This phase of construction began in June 2007 and was completed by in August 2009. It was undertaken by IMCO General Construction from Bellingham. The phase one project cost was $68m and was funded by the Washington State DOT.

The second phase of the road widening project took place between Ten Mile Road to Badger Road (a length of 4.4 miles) and also included installation of median cable barriers for road safety along with wider shoulders. This phase also saw a series of new intersections built to improve traffic safety in the form of roundabouts.

Phase two construction also included the replacement of the Nooksack River, Wiser Lake, Fishtrap Creek and Floodway Bridges along with the creation of new wetlands to mitigate for land lost to the newly expanded highway.

The construction began in spring 2008 and was completed in July 2010, involving an investment of $103m.

The bridge over the Nooksack River was started in 2006 by American Construction (test piling operations on the bank). The concrete decks leading into the main bridge were completed in March 2009. Washington DOT awarded the contract to Max J. Kuney Company ($53.9m award) and set aside $101,635,000 of funds to carry it out (funding was sequestered in spring 2003 from the 2003 gas tax).

The phase two project intersection roundabouts are built at the Ten Mile, Wiser Lake, Pole and River roads. Roundabouts are a relative rarity in the US and have always been viewed with some suspicion by the road-using public. In August 2006 Washington DOT marked out some test roundabouts of the same design on a site in Lynden as would be constructed on the SR 539 and tested them with a variety of large vehicles with very positive results. Statistics from studies by the Insurance Institute for Highway Safety have shown that roundabouts result in a 40% reduction in all crashes, a 70% reduction in injury crashes, and a nearly 90% reduction in fatality crashes.