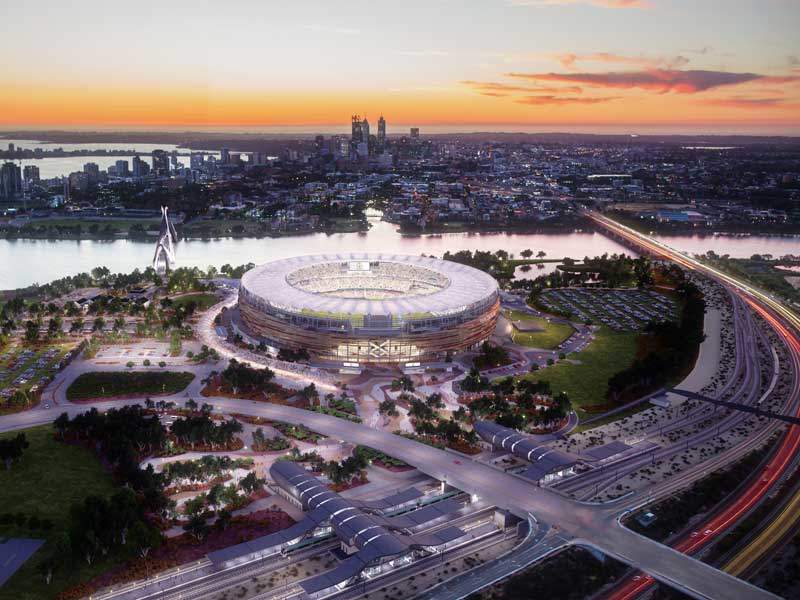 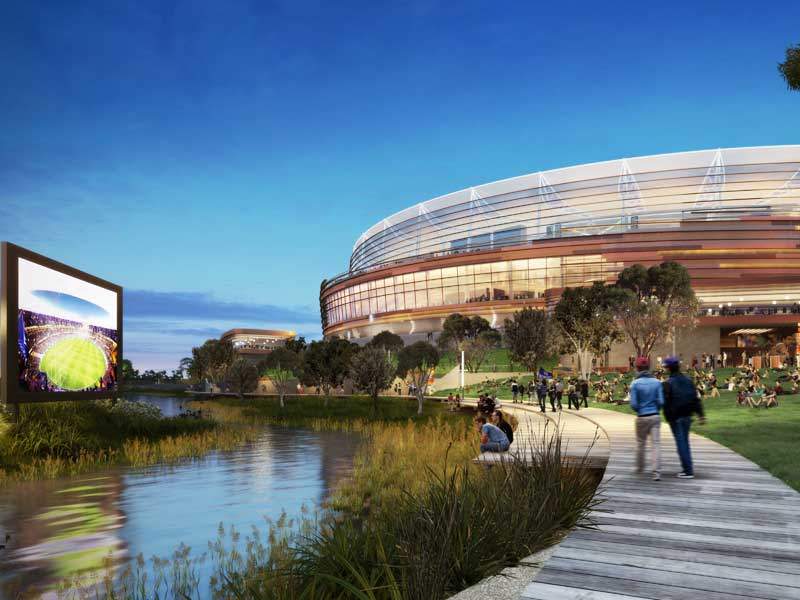 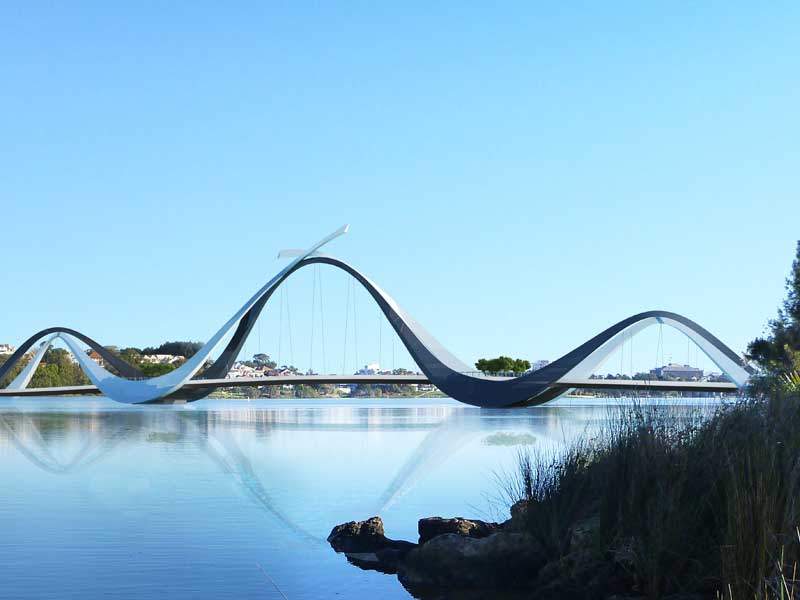 The steel cable-stay span bridge on Swan River has a length of 370m. Image courtesy of Perth Stadium. 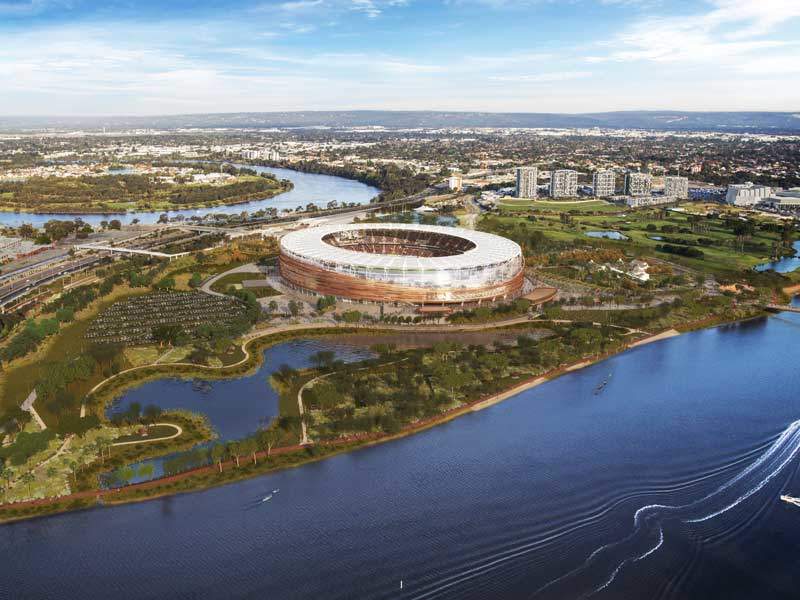 The bridge was opened for visitors in July 2018. Image courtesy of Perth Stadium.

Matagarup Bridge is a new pedestrian bridge over the Swan River in Perth, Western Australia, connecting East Perth with the Perth Stadium and Sports Precinct on the Burswood Peninsula.

The bridge connects the Perth Stadium with public transport and car parks in East Perth, as well as the central business district (CBD). It has the capacity to serve up to 14,000 people during match and event days.

The expression of interest (EOI) to design and construct the pedestrian bridge was initiated by the Western Australian State Government in February 2014.

The bridge was built as part of the Perth Stadium project, while its construction was managed by Main Roads WA on behalf of the Western Australian State Government.

Design and features of the Matagarup Bridge

The Matagarup bridge stretches 400m from bank-to-bank. It has a width of at least 9m, and a steel cable-stay span of 160m at the centre.

The bridge has a centre structural arch, an apex rising 65m above the river. It features two piers driven into the river bed to reduce the impact on the river, as well on two piers on either shore. It has a 40m-wide vessel navigational area with a clearance of 8m between the water and the bridge deck.

Construction on the pedestrian bridge began in late November 2015. The site office for the construction supervision was built in the same month.

The initial in-river works included the installation of silt curtains and clean granite to construct a 100m temporary causeway.

The construction covered approaches at both ends of the bridge, as well as bus stands on the East Perth foreshore and full landscaping on both foreshores.

The steel and concrete for the cable-stayed bridge was assembled on the Burswood Peninsula side.

“Approximately 1,500t of steel, 1.6km of piles, and 1.5km of steel cables and strip lighting were used in the construction.”

The structural steel bridge was covered with Teflon-coated fabric. Approximately 1,500t of steel, 1.6km of piles and 1.5km of steel cables and strip lighting were used in the construction.

Construction of the first causeway on the Burswood Peninsula commenced in January 2016, followed by the second in East Perth in March 2016. A total of 48 piles were installed on both sides of the bridge.

The installation of bridge arches and deck  began in May 2018.

A contract worth $54m to design and construct the bridge was awarded to a joint venture of Rizanni de Eccher and York Civil in June 2015.

Mott MacDonald was selected by the joint venture (JV) to verify the design of the structural, waterway and drainage elements of the bridge in October 2015.

Enigma was awarded a contract to design the deck and arches in March 2016.

Civmec was contracted for providing fabrication for the steel components, while InfraBuild Steel Centre supplied steel for the project.

Fremantle Steel provided the bridge deck and Adwest carried out balustrade works for the bridge.