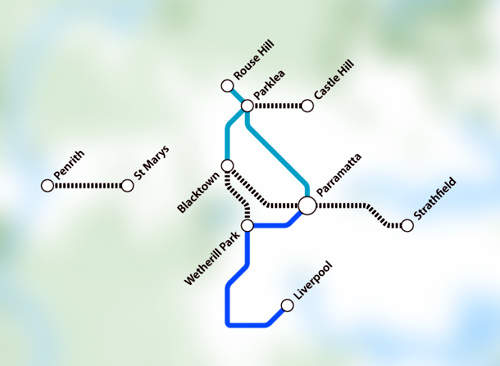 There are a series of bus-only routes planned to cover commuter public transport in the Sydney suburbs, known as transitways or T-ways. 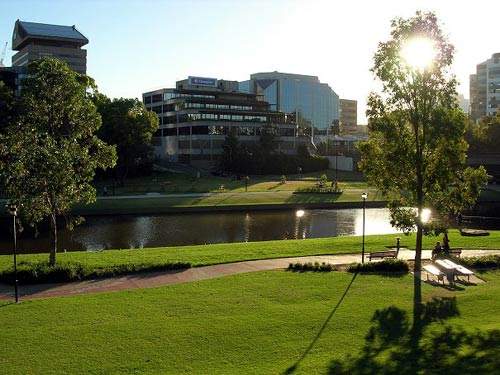 Parramatta is the hub for the transitway service, with the Liverpool-Parramatta T-way being the first to open in 2003. 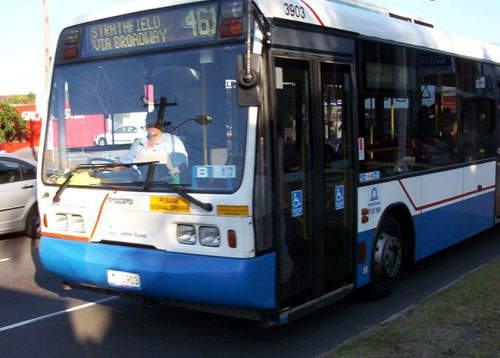 On the line between Liverpool and Paramatta railway stations the bus T-way service is used by an estimated 41,500 people a week. 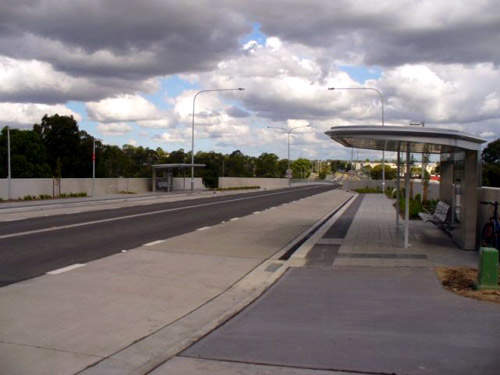 Hassell was responsible for the design of the stations on the T-way. 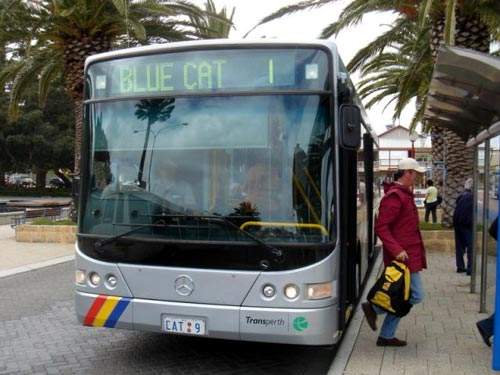 The North-west T-way is run by two private bus operators, Busways and Hillsbus.

One of the newest and most successful road traffic systems for buses in Sydney are the rapid bus rapid transitways. These are an expanding network of bus-only roads operating in a similar fashion to a rail network with a series of specified stations. This system was adopted because of its increased flexibility over commuter rail.

The first of these in Sydney was the Liverpool-Parramatta T-way, which was completed and opened in February 2003 and is operated by Western Sydney Buses (State Transit Authority of New South Wales). This was set up in Western Sydney by the Ministry of Transport and runs over a length of 30km with 35 stations, one every 800m.

“This system was adopted because of its increased flexibility over commuter rail.”

On this particular line, connecting the Liverpool and Parramatta railway stations, there are an estimated 41,500 passengers every week. The network is a major step in the improvement of the western suburbs public transport system. Although initially disappointing, the number of passengers using the new system has steadily increased and this has lead to the development of the second major route on the network.

In March 2007 the first section of the North-west T-way opened, which links Parramatta with the suburban areas of Blacktown and Rouse Hill.

The route starts in the central business district of Parramatta, and then heads onto the Great Western Highway to South Wentworthville (bus lane section). The route then follows a dedicated section adjacent to the Sydney Water pipeline running from the Prospect reservoir. The route continues on an old freeway reservation to Hoxton Park. Finally, at Brickmakers Creek in Liverpool, the route continues on its private road to access the main centre of Liverpool and the railway station bus interchange.

Hassell was responsible for the station design. Turner and Townsend provided various management services during construction.

CONSTRUCTION OF THE NEW SECTION

The North-West T-way situated in the north-western suburbs of Sydney was approved in 2004 and consists of two branches. The first links Parramatta railway station and the suburban area of Rouse Hill town centre (17km long with 20 stations), and the other branch links the areas of Blacktown and Parklea (7km long with ten stations).

The two branches intersect at an interchange station called ‘Burns’ in Parklea. This second T-way project in Sydney was first approved in February 2004. The construction occurred in stages with the Merriville to Parramatta section opened in March 2007 and the Blacktown to Parklea branch opened in November 2007.

“In March 2007 the first section of the North-west T-way opened, which links Parramatta with the suburban areas of Blacktown and Rouse Hill.”

The construction contract for the project was awarded to Leighton Contractors Pty Ltd. The project cost an estimated A$524m and included the construction of 31 stations, seven bridges, a new underpass and cycle way and pedestrian access facilities.

The Parramatta Rouse Hill section of the Northwest T-way has 14km of dedicated bus-only roads and then also 3km of dedicated bus lanes. This part of the system has 20 stations, five bridges, a pedestrian bridge, two park and ride stations, three underpasses, 4km of noise protection barriers and 258ha of landscaping work.

The other branch from Blacktown–Parklea has ten stations, 7km of dedicated bus only roads, 0.5km of bus lanes, one pedestrian bridge, 4km of noise protection barriers and 90ha of landscaped areas.

The North-west T-way is run by two private bus operators. Busways runs the services for the Blacktown, Rouse Hill and Castle Hill areas while Hillsbus operates services to Parramatta and the city areas. The stations have all been constructed with a similar design with real-time information displays, plate glass walls and landscaped features.