Department of Transport and Main Roads of Queensland 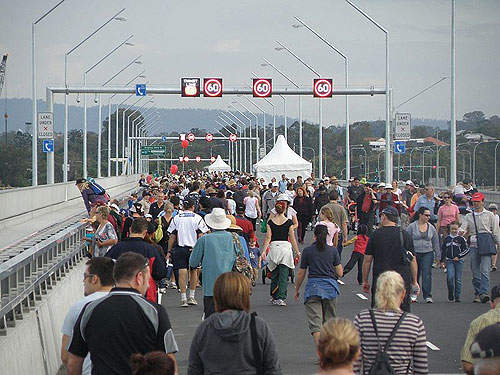 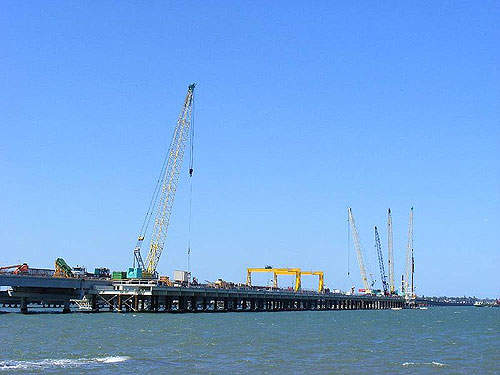 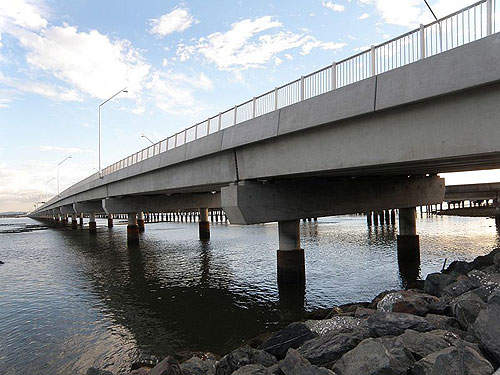 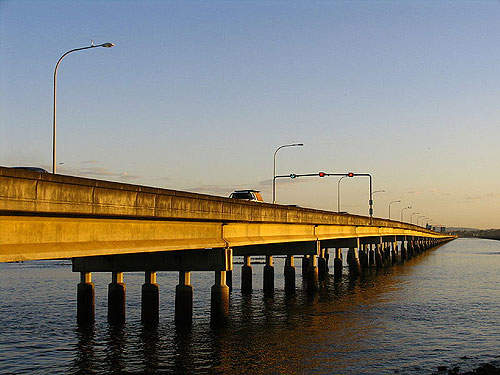 The Ted Smout Memorial Bridge is a duplication of the existing Houghton Highway bridge.

The bridge is a duplication of the existing Houghton Highway from Brighton to Redcliffe Peninsula in Brisbane. It is 2.7km long and is estimated to have cost A$315m. It is considered the longest bridge in Australia and is maintained by the Department of Transport and Main Roads of Queensland Government.

The bridge was officially named Ted Smout Memorial Bridge in July 2009, in the honour of the president of the Australian Game Fishing Association. It was opened to traffic in July 2010.

The bridge has been built as part of a A$315m project under an $18bn infrastructure programme that aims to create jobs and meet the needs of the growing population of Queensland.

“The project includes refurbishment of the Houghton Highway.”

The project includes construction of a new bridge, demolition of the old Hornibrook bridge and refurbishment of the Houghton Highway. The project is expected to create more than 700 jobs during construction.

The new bridge features three lanes, out of which two are dedicated to regular traffic. The third is a transit lane (T2).

The T2 lane handles vehicular traffic such as buses and taxis with more than two occupants. The bridge has a 4.5m-wide pedestrian and cycle path on either side. The path is separated by a concrete barrier. There is also a fishing platform measuring 10m x 50m on the eastern side of the new bridge.

Construction of the bridge

The project plans were finalised in late 2007. Bridge construction was started in 2008 and completed in July 2010. The construction works at Brighton and Clontarf Point commenced in early 2009 and mid-2008 respectively.

The bridge was constructed 5 to 6m above water level. Construction of bridge piles and headstocks was completed in December 2009. Land reclamation works were also carried out at southern and northern abutment of the bridge during this period. The bridge was upgraded with and intelligent transport system and expansion joints.

“The Ted Smout bridge can withstand a one-in-2000-year storm.”

The old Hornibrook Bridge, which was built in 1935, is currently being demolished.

The Ted Smout bridge is designed to withstand a one-in-2000-year storm. The bridge is elevated to a height of 3.8m. It consists of 78 spans each, of which has eight T girders of 35.2m length and 82t weight. All the T girders are installed with horizontal bearing pads.

A cross girder is installed at the ends of the deck. The gap between the girders is plastered with bitumen impregnated fabric strip.

The bridge was constructed under Road Construction Contract (RCC). The $258.4m contract for the construction of the bridge was awarded to Queensland-based Hull Albem Joint Venture in December 2007. It is a joint venture between JF Hull Holdings and Albem Operations. The land reclamation works contract was given to Bilby Holdings.