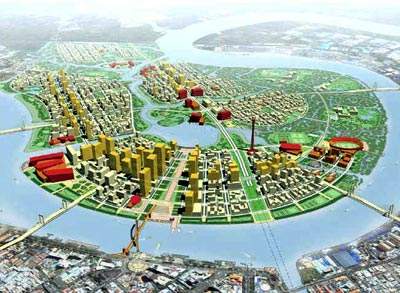 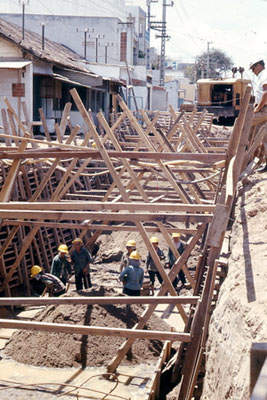 Construction of the Thu Thiem Tunnel was delayed because of difficulties encountered during site clearance. 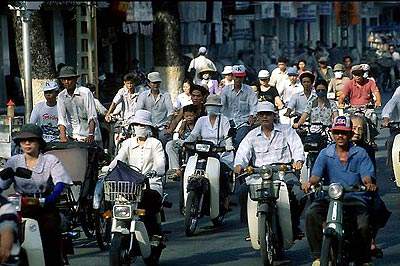 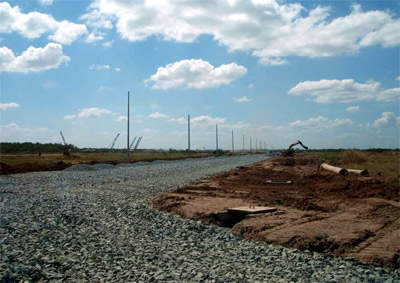 The Thu Thiem Tunnel project is part of the larger East-West highway project. 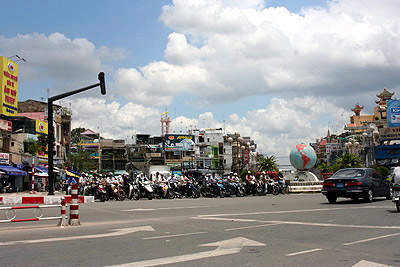 The centre of Ho Chi Minh City during rush hour.

The Thu Thiem Tunnel is an underground road tunnel designed to cross the Saigon River in Ho Chi Minh City, the largest city in Vietnam.

The tunnel and associated highway were constructed to link the Thu Thiem Peninsula to National Highway 1A and provide a new integrated transport route for the country.

The estimated cost of constructing the under-river tunnel and the Thu Thiem road was VND9.86tn.

The tunnel was opened in November 2011. It links the Ho Chi Minh City’s District 1 with Thu Thiem New Urban Area in District 2.

The Thu Thiem Tunnel is part of the East-West highway project, which was constructed to ease congestion in the inner city, as well as from the downtown area to the Mekong Delta Region (Dong Bang Song Cuu Long). The East-West highway was opened in November 2011.

The existing downtown area is linked with Thu Thiem New Urban Area by a number of bridges, including the Thu Thiem Bridge, Phu My Bridge and Ba Son Bridge. The tunnel carries approximately 45,000 automobiles and 15,000 motorcycles a day in three lanes each way. Capital for the project was provided by the Japanese Bank of International Commerce. The tunnel can also withstand an earthquake of six-point Richter scale and is expected to have a lifespan of 100 years.

New technology was used to build the Thu Thiem Tunnel crossing of the Saigon River with the 1,490m underwater tunnel as one of the project’s most ambitious features.

The immersed tunnel comprises four sections, each 93m long, 33m wide and 9m high, and weighs 27,000t. The sections have been fabricated at a construction site in Nhon Trach District of Dong Nai Province and are made of reinforced concrete with thicknesses between 1m and 1.2m.

The tunnel comprises six lanes, four of which are provided for automobiles and two lanes for motorbikes. The tunnel also has two emergency exit lanes on the sides.

While the tunnel sections were built, the contractors excavated the ground, 13 to 14m under the riverbed. The prefabricated parts were ferried along the Saigon River to the construction site. Contractors then sealed each tunnel section at both sides before placing them in the tunnel dug under the river. The sections of tunnel were joined together in a separate operation.

The first tunnel segment was positioned in March 2010, while the second and third were respectively placed in April and May 2010. The fourth section was positioned with the existing segments in June 2010.

Construction of the immersed tunnel system also included two 1km approach roads at each end of the tunnel. Safety and technology in the tunnel includes state-of-the-art lighting, fire prevention and firefighting systems, traffic jam warning system, pollution measurement equipment, and a system to count passing traffic. Obayashi Corporation is the main contractor on the tunnel project.

As of August 2011, the underwater tunnel project was 95% complete. Test runs, traffic testing and rescue drills were conducted in October 2011. More than 600 workers and engineers were employed in the construction activity.

Feasibility of the tunnel

In June 1997, the chairman of Ho Chi Minh City People’s Committee submitted to the then-prime minister Vo Van Kiet the final report on the feasibility study of a road at Saigon River.

The study was approved with the selected project to build a tunnel under the Saigon River to link District 1 and Thu Thiem Peninsula in District 2 (a bridge was also considered).

Construction of the tunnel was delayed until 2004 due to difficulties in site clearance and relocation and compensation of families.

Route of the Thu Thiem Tunnel

“District 2 is the commercial centre to rival Hong Kong.”

The study into the tunnel route also focused on Ham Nghi and Ben Chuong Duong streets.

The maximum slope of the tunnel is 4% to ensure safety for motorcycles and other types of vehicles moving between District 1 and District 2.

District 2 is the commercial centre to rival Hong Kong and has undergone an intensive programme of slum clearance.

District 2 covers 700ha and consists of several sections, including residences, pools, parks and office sections. Almost all of the intended new buildings are of between ten and 40 storeys. The new urban area replaced District 1 as the city centre.