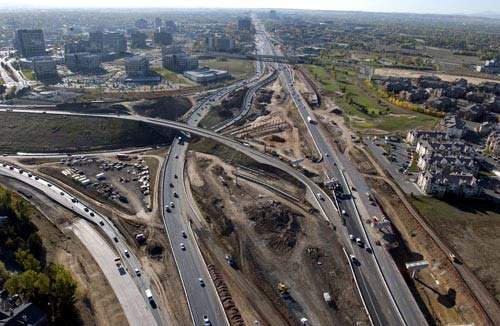 The project comprised several phases including 19 miles of highway expansion. 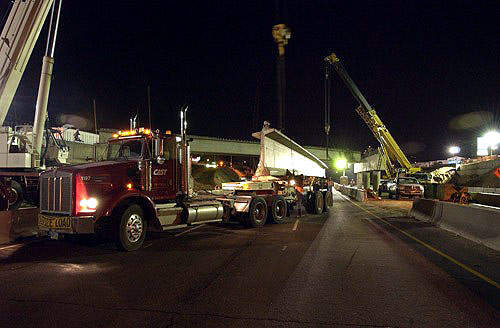 The highway aspects of the project accounted for $795m of the total budget. 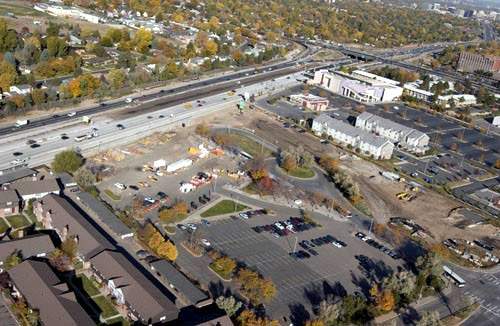 An average of 162,800 vehicles a day pass through the I-25/I-225 interchange and both highways are heavily congested during daylight hours. 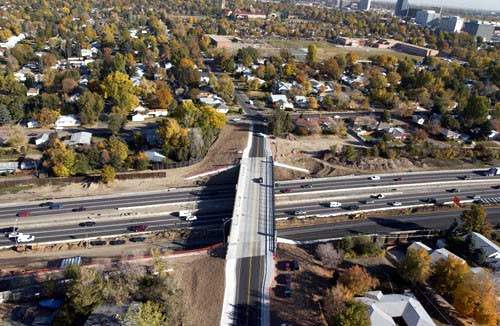 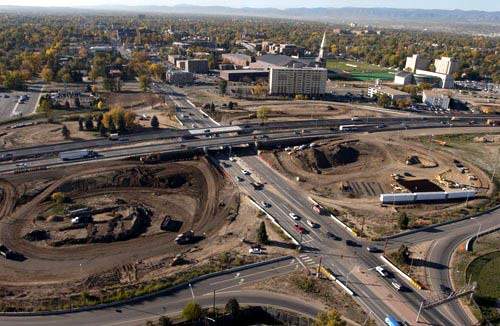 The T-REX Transportation Expansion Project (previously known as the Southeast Corridor Project) was a $1.67bn venture that was designed to revolutionise the transportation network in and around Denver, Colorado.

The project comprised several components including 17 miles of highway expansion and improvements to Interstate 25 from Logan Street in Denver to Lincoln Avenue in Douglas County and Interstate 225 from Parker Road in Aurora to the I-25 / I-225 interchange as well as 19 miles of light rail developments along these routes, a new drainage system and improved pedestrian and bicycle access. The highway aspects of the project accounted for $795m of the total budget.

I-25 is the main north-south Interstate in Colorado and, along the T-REX project corridor, links two high employment areas, Downtown Denver and the Denver Tech Center. An average of 162,800 vehicles a day pass through the I-25 / I-225 interchange and both highways are constantly congested during daylight hours.

The construction ran from 2001 to November 2006. An integrated management team, called the T-REX Team, composed of personnel from CDOT, RTD and Carter & Burgess was responsible for the procurement of the design-build team and also managed the implementation of the contract. The entire T-REX project was executed as a single design-build contract, which was awarded to Southeast Corridor Constructors, a group led by Kiewit Construction Co. and Parsons Transportation Group.

A portion of Interstate 225 was upgraded to a three-lane highway as part of the T-REX project. As with Interstate 25, acceleration / deceleration lanes were introduced and shoulders widened where feasible. Also, the southbound bridge over Cherry Creek was replaced.

The redesigned and constructed interchange between the two highways provides a much smoother junction. All of the left-hand exits and entrances were reconfigured as right-hand exits. For example, vehicles exiting Interstate 225 onto the southbound I-25 now merge from the right instead of the left. DTC Boulevard slip ramps were added both to and from Interstate 225.

The storm water drainage system along I-25 was replaced.

“A portion of Interstate 225 was upgraded to a three-lane highway as part of the T-REX project.”

In the Narrows section (between Broadway and University), a new storm sewer directs water to the South Platte River west of the interchange.

Most of the previous storm sewers in the median of I-225 from the I-25 interchange north to Parker Road were relocated under the northbound shoulder of I-225 to accommodate the light rail line.

The cost to replace the previous drainage system was estimated at $40m for the entire 19-mile project. More than half of that, $21m, was used to replace the storm sewer system in the Narrows area.