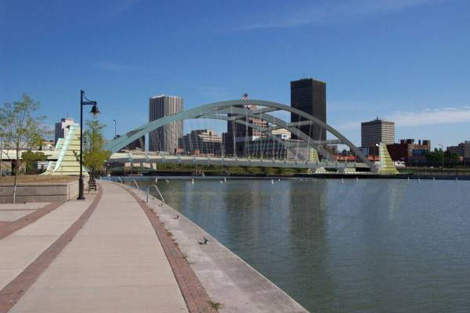 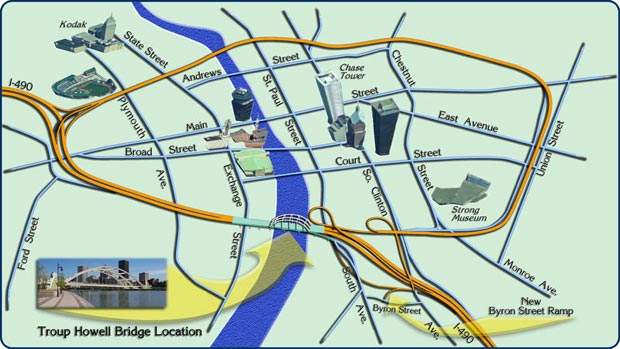 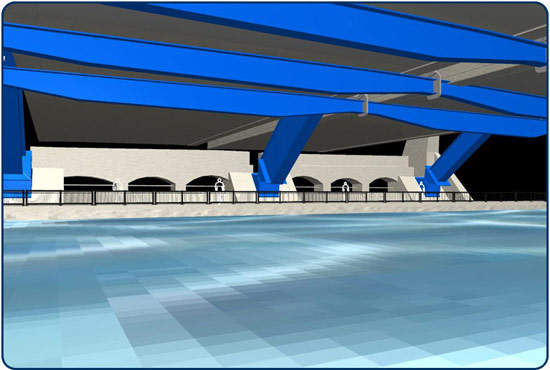 Approximately 5,305ft of steel cable will be used, descending from the ribs to the floor beams supporting the concrete deck. 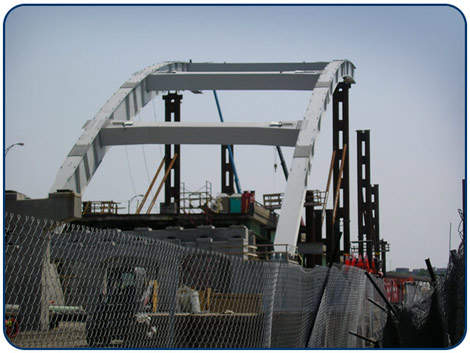 The arches will rise 70ft above the highway. 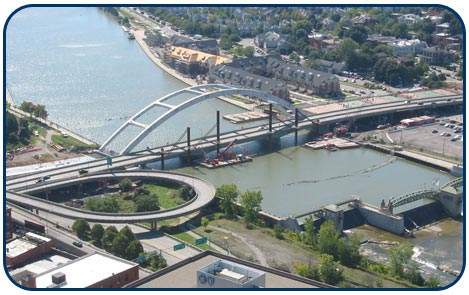 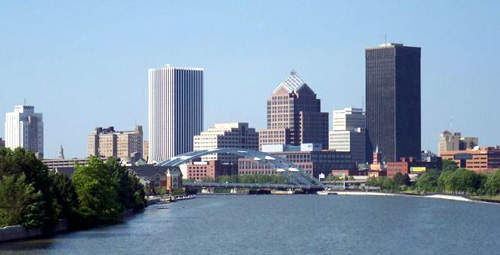 The Troup Howell bridge has been renamed and was opened in June 2007.

The Troup Howell bridge replacement project – the triple steel-arch bridge replacing the ageing Interstate 490 bridge across the Genesee River in downtown Rochester, Monroe County – with its 130.6ft width, is now the widest bridge of this type in the country.

New York State Department of Transportation (NYSDOT) sponsored the project as part of its Western Gateway project. The construction work on the project began on 1 April 2004 and was open for traffic on 18 June 2007; the renaming ceremony took place on 13 July 2007. The bridge now handles 76,680 vehicles per day (2007 mean estimated figure).

“The bridge now handles an estimated 76,680 vehicles per day.”

The estimated cost of construction was $37m and the project is being funded with state and federal money through NYSDOT. The engineers, Erdman Anthony Associates, and H2L2 Architect have developed the new Troup Howell bridge design locally. NYSDOT has awarded the construction contract to Edward Kraemer & Sons.

The bridge, now known as the Frederick Douglass-Susan B Anthony Memorial Bridge, was constructed in three phases. The first stage began in spring 2004 and included the completion of all the foundation works underneath the existing bridge. The second phase of works began in spring 2005 and comprised demolition of the south side of the bridge. Demolition and construction of the north side of the bridge took place in the third phase, which started in spring 2006.

The Interstate 490 corridor is an important gateway from Western New York State to Rochester’s western residential neighbourhoods and central business district. Particularly, the corridor between I-390 and the Genesee River is the major business route to reach Kodak, Xerox, Bausch and Lomb and other local businesses. It is also a major access route for visitors entering the city from the Greater Rochester International Airport.

More than 100,000 people traverse the corridor every day and the increasing traffic on the bridge has led to evaluation of the corridor by NYSDOT. Though the 55-year old bridge was in good condition, there were concerns about the bridge joints railings, other components, the concrete deck and the drainage system.

In 1993, NYSDOT initiated extensive engineering studies on the I-490 corridor from the Erie Canal to the Genesee River. Initially, the study suggested repairs at some parts of the bridge. However, the detailed study advised the NYSDOT to replace structure with a more modern offering as it would be difficult and expensive to repair the existing bridge.

The NYSDOT, in association with Erdman Anthony Associates and H2L2 Architect, designed the new Troup Howell Bridge. Edward Kraemer & Sons was the main construction contractor, while 12 sub-contractors and other local suppliers were involved in the project execution. Lu Engineers was responsible for the structural design of the bridge, while Dunn Engineering Associates was the supplier of ITS equipment. Fisher Associates developed the traffic control plan. Bergmann Associates from Rochester, NY, provided construction inspection services and public relations support.

The new bridge is 85ft high, the longest span is 462.3ft (the actual arch), the bridge itself is 1,194ft long and 130.6ft wide. The width of 130.6ft makes it the widest bridge of this type in the country. The height of the arches is 70ft above the highway. It also has new pedestrian facilities and a riverside overlook area that connects to the existing pedestrian walkways leading to the Genesee River waterfront.

“The width of 130.6ft makes it the widest bridge of this type in the country.”

Decorative lighting arrangements were added to give the bridge added aesthetic appeal. An open median between the eastbound and westbound sections of the steel arch allows daylight to penetrate through the opening. At each corner of the arch span of the bridge, pylons were installed and these serve to frame the portion of the bridge over the Genesee River.

Approximately 5,305ft of steel cable (a little over one mile in length) was used, descending from the ribs to the floor beams supporting the concrete deck. The other equipment used on site included a Caterpillar 950G loader, 322 and 330 excavators and D-3 bulldozer, a Liebherr A922 excavator and an Ingersoll-Rand 45F roller. The company used a Manitowoc 888 crane for steel-arch erection, along with other 150t cranes, plus cherry pickers, tugboats, and barges to aid the work in the latter stages.