City and Municipality of Vilnius 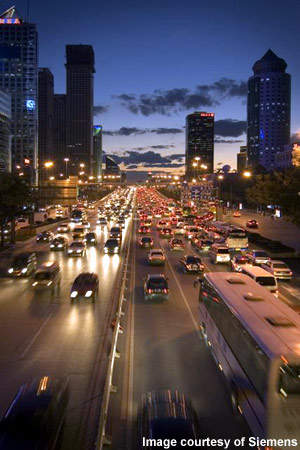 The city of Vilnius is getting more and more congested, making a traffic management system essential. 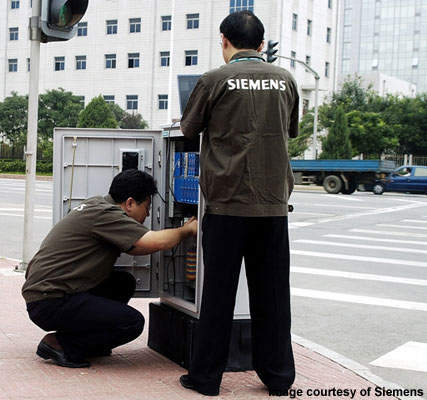 The SiTraffic Concert system can be fully integrated with the traffic lights. 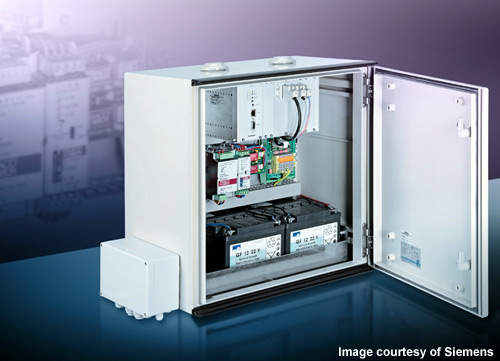 The Stella weather station can add functionality to the system to provide weather and road condition data. 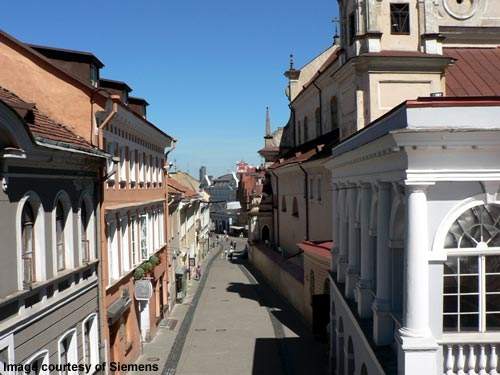 Vilnius will be able to control its traffic using an intelligent TMS, which is the first in the Baltic States. 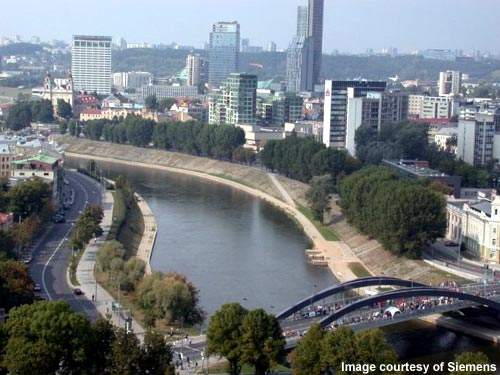 The Concert TMS will allow faster traffic movement throughout Vilnius and will also improve the timetabling of public transport.

In June 2007 the city of Vilnius in Lithuania, one of the Baltic States, was one of the first to introduce an intelligent city-wide traffic management system (TMS). The municipal authority was keen to improve its control over the rising amount of traffic in the city centre causing serious congestion and jams.

Vilnius is Lithuania’s largest city at 392km² and in the last few years has seen a large increase in the amount of traffic in the city centre. The new system is intended to supplement the already installed standalone measures such as variable messaging signs.

The new TMS creates a link between all of the traffic data in the city and allows a central traffic management/control concept. The project has cost around €7m and came into operation at the start of 2008.

“Vilnius is Lithuania’s largest city at 392km² and in the last few years has seen a large increase in the amount of traffic in the city centre.”

The city of Vilnius was equipped with a state-of-the-art traffic system by Siemens Industrial Solutions and Services Group, in conjunction with a consortium consisting of Eismas Ltd, Fima Ltd and Hnit-Baltic GeoInfoservisas.

The new system is the Sitraffic Concert traffic management system, which is capable of collating traffic information from a number of different sources and making decisions based on the processed data. The system is compatible with all standard systems across the world. Siemens has been contracted to maintain the system until 2018.

The Concert system is able to integrate all of the traffic flows in the city from slow moving cars looking for a parking space to traffic flow through the city centre, traffic on highways near the city and county traffic about to enter the city area. The system uses two main standards: the Traffic Message Channel, a radio broadcast system to make traffic announcements; and CCTV, which involves a series of carefully sited cameras to monitor accident black spots and known problematic areas such as tunnels and intersections.

The TMS can broadcast up-to-the-minute information about congested areas, road construction sites and also the weather. The data can be taken directly from the TMS and posted in a number of ways: on the internet, on traffic display VMS panels, sent by SMS and also by e-mail (to subscribers).

The new system will allow faster traffic movement and also improve the timetabling of public transport. In addition, emergency vehicles will be given a green ‘wave’ through traffic lights as the Concert system is fully integrated with traffic light control systems.

The SiTraffic Concert system is customisable and modular, meaning that depending on requirements and new technology, further detection and management units can be added.

“The TMS can broadcast up-to-the-minute information about congested areas, road construction sites and the weather.”

This system addition can be completely integrated to give warnings about bad road conditions and weather in certain areas, the Stella can also be used as a traffic counter or a jam warning system.

The SiTraffic system can also now calculate traffic emissions and can incorporate this data in the control of traffic in city centres to maintain air quality.