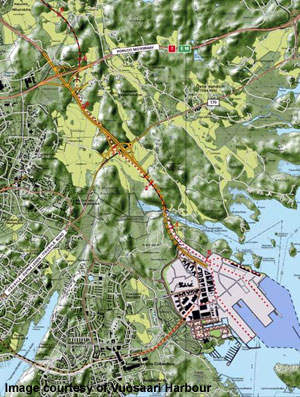 The new road will run from Ring III to the Vuosaari Harbour. 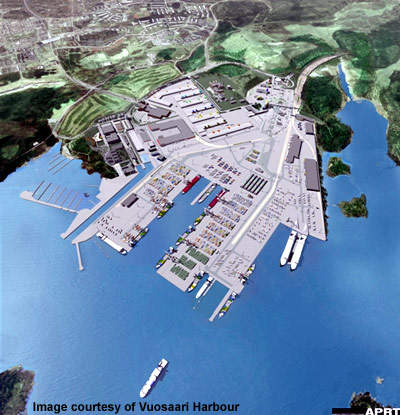 The harbour project has been undertaken to consolidate cargo services in the area and release land for development. 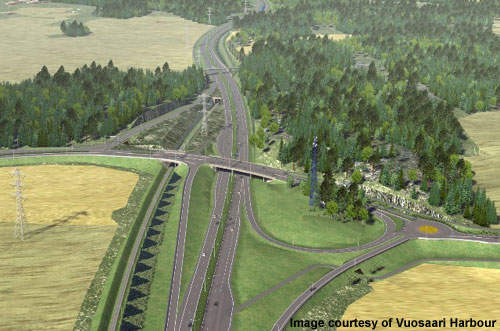 The new road from Ring III will relieve congestion in Helsinki and give a new route to the motorway for residents of Vousaari. 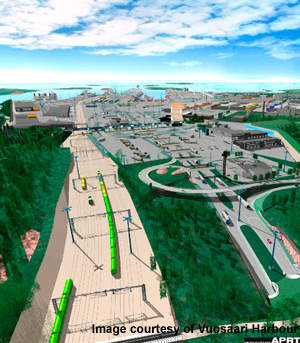 The tunnels emerge allowing control of traffic into the Vousaari Harbour area. 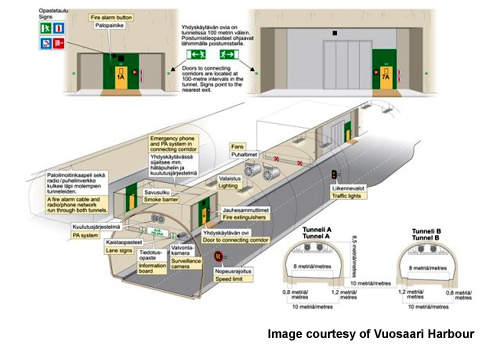 The tunnel is equipped with the latest technology.

Vuosaari Harbour will be one of the most modern seaports in Europe when it opens in 2008. The new harbour is located in the Vuosaari area of East Helsinki and will handle the majority of cargo for the greater Helsinki area.

The concept behind the new harbour is the rearrangement of cargo handling, rail depot, and oil harbour to release valuable land for commercial and residential development (shipping operations at the West Harbour and Sörnäinen Harbour will be moved to the new harbour).

The total area of the new harbour will be 150ha (90ha of land is being reclaimed from the sea) and there will also be a 75ha business developed adjacent to the harbour.

This development also requires an improvement in transportation infrastructure around the harbour and this means a new railway line and the extension of the Outer Ring III road to the harbour.

In October 2007 Finland's longest road tunnel (Porvarinlahti road tunnel) was opened but was closed again due to a camera fault in the traffic management system. The dual tunnel then reopened in January 2008 after correction of faults and testing.

The 1,520m tunnel (one tunnel for each direction) links the Outer Ring Road III to the new Vuosaari Harbour gate and takes the road under the Natura 2000 conservation area and Labacka. Following the tunnel the road resurface's in the southern part of Österängen and then joins Ring III at the Itäväylä interchange.

The new 2.5km harbour road (Satamatie) itself will be the main dual carriageway to and from the purpose-built harbour and will be opened at the end of 2008. The costs of the traffic infrastructure for the Vuosaari Harbour have been estimated at €289m.

The new road will have the effect of routing heavy traffic away from the city and reducing congestion on the Inner Ring Road, Kehä I, as well as providing a vital heavy goods link to serve the harbour, the logistics area, the business park, and the district of Vuosaari (Laivanrakentajantie will be connected to the harbour road).

Over 3,600 trucks a day will be diverted from downtown Helsinki and Ring I when the harbour is opened at the end of 2008; in total there are expected to be around 10,000 vehicles a day using the road.

The tunnelling contract for the project was awarded to Skanska Tekra Oy along with its Slovakian subsidiary Skanska BS. The tunnelling began in September 2004 with Skanska Tekra Oy working from the northern end and Skanska BS from the southern end (they are also excavating the 600m railway tunnel). The excavation, reinforcing and sealing work on the project was completed by the end of 2006. The crushed rock spoil excavated from the tunnel was used as fill in the harbour (some 370,000m³
of rock were excavated).

Tunnel structures and systems (lighting, electricity, HEPAC and traffic management) were completed by mid-2008. The total cost for the tunnel was €42.6m. Another contract (€220,000) that includes procuring and installing traffic signals and signs for the Itäväylä interchange and related road improvements was awarded to the Finnish Road Enterprise's Earthworks and Rock Engineering Unit.

“The new Vuosaari road will have the effect of routing heavy traffic away from the city and reducing congestion on the Inner Ring Road.”

There will be a number of technical systems to promote safe operations in the tunnel. The traffic management system supplied by Siemens Finland will inform motorists of what to do in certain conditions. There will be traffic lights and signs above lanes that will normally be unlit but will provide information if there is a disturbance.

The normal speed limit will be 70km/h but the management system can use changing speed limits which will regulate the flow of traffic.

The traffic will be monitored with cameras and incidents will be relayed to the emergency response centre and the Finnish Road Administration's Traffic Management Centre in Pasila.

The tunnel will also have state-of-the-art fire safety systems such as fire alarm cables to detect sudden temperature changes, a connecting corridor between the tubes for emergency use and fire extinguishing systems. The ventilation and smoke exhaust system will have 80 fans to keep air circulating and remove smoke. There is also a system to allow drivers to receive Finnish public service broadcasting (YLE) and so that mobile phones will operate.