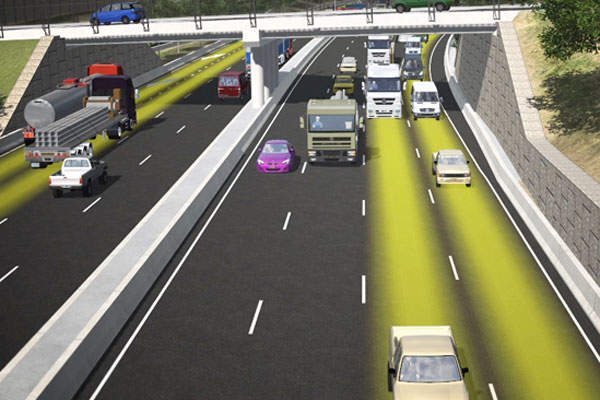 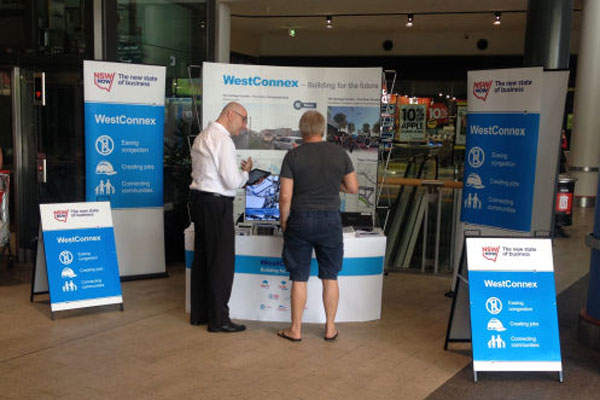 The WestConnex team members sharing information about the project with citizens. Credit: Roads and Maritime Services. 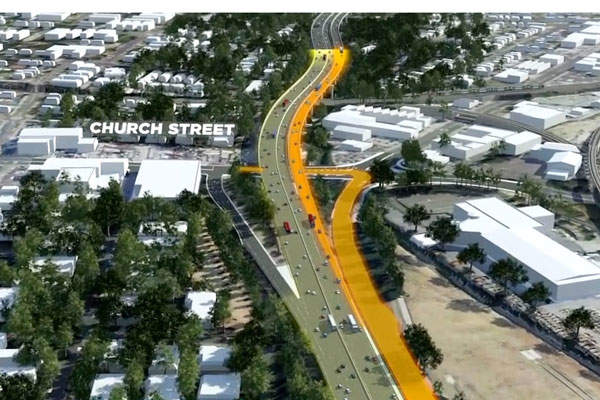 WestConnex is a 33km motorway that will connect the western suburbs of Sydney with two major international gateways of Australia, the airport and the Port Botany. Initiated by the New South Wales (NSW) state government, the project will also include broadening the M4 motorway east of Parramatta and duplication of the M5 East motorway.

Touted to be Australia’s biggest ever road project, the $14.9bn project will be executed in three stages.

The project will address the issues of congestion and delays caused by growth in heavy vehicle movements between western Sydney and the Port Botany-Sydney Kingsford Smith Airport.

The population and employment along the M5 and M4 corridors are anticipated to grow exponentially.

The movement of freight and passengers at Port Botany-Sydney Kingsford Smith Airport is also expected to double in the next 20 years.

The WestConnex roadway will address these issues by streamlining traffic movement across Sydney while boosting economic development in the area.

The project will reduce the travel time between Parramatta and Sydney Airport by approximately 40 minutes. Following the completion of the WestConnex roadway, more than $20bn in economic benefits is expected to be accrued by NSW.

The project will also create employment for 10,000 people during construction.

Initial work on the WestConnex project

Stage one of the WestConnex project involves widening the M4 with four lanes in each direction between Church Street, Parramatta, and Homebush Bay Drive, Homebush. An extra lane will be provided for motorists along this section of the corridor.

The M4 East will reduce the traffic passing through the Parramatta Road, relieving congestion for local travellers. It is expected to be opened in 2019.

The viaduct was opened to traffic in February 2017.

Linking up the Sydney suburbs

Stage two of the WestConnex will see the duplication of M5 East and construction of a new access link to the airport. The M5 East duplication will reduce the travel time for 100,000 vehicles using this corridor every day, and will, therefore, provide a better travel experience. The construction of the M5 East started in March 2016.

Stage three will see an 8.5km motorway tunnel being built with three lanes in each direction between the first and second stages. It will pass along the Parramatta Road before moving south, close to Camperdown.

Development work on stage three was undertaken in late-2015, while detailed design and construction work is scheduled to start in late 2018. It is expected to open in 2023.

Financing for the WestConnex project

The NSW government has committed $1.8bn to the project from the Restart NSW fund. The Australian Government is investing $1.5bn in addition to a concessional $2bn loan. The remainder will be contributed by the private sector and the project will also be partially funded through toll revenues.

Contractors involved with the WestConnex project

APP was appointed as the independent certifier(IC) for the project. It reviewed and verified the tunnels and infrastructure of the project. Kapsch was chosen to supply the roadside equipment and provide maintenance and support for the M4 Widening.

A Fulton Hogan Construction received a construction contract for the King Georges Road Interchange upgrade in May 2015.