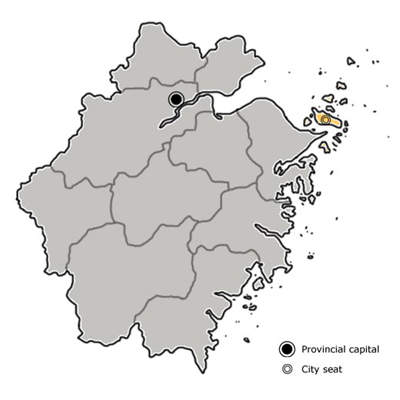 Xihoumen Bridge is one of five bridges that link the city of Ningbo and the Zhoushan Archipelago.

With a span of 1,650m, Xihoumen Bridge is the longest spanning suspension bridge in China and the second longest in the world, after Japan’s Akashi-Kaikyo Bridge.

The bridge was built as part of the Zhoushan Mainland and Islands Link Project, which was launched by Sichuan Road and Bridge Co in 1999.

Located in Zhoushan Islands in China’s Zhejiang province, Xihoumen Bridge is one of five bridges linking the city of Ningbo and the Zhoushan Archipelago, the largest offshore island group in China. The bridge was built by Zhejiang Government at a cost of 2.48bn yuan (about $363m).

The Zhoushan Mainland and Islands Link Project started in 1999. It includes construction of five bridges to link the Zhoushan Archipelago to the mainland.

Construction of three bridges has already been completed. The two tow bridges were built as part of the second phase.

Xihoumen Bridge is one of the two bridges built in the second phase. The other bridge is the 27km-long Jintang Bridge. Traffic started using the bridge when the main span was completed in December 2007.

The bridge is stayed by 169 pre-formed parallel wire strands (PPWS) and eight back cables weighing 10,758t together. A total of 476 suspenders of different sizes were used.

The bridge was designed in accordance with four-lane express highway standards. It has a width of 24.5m and allows vehicles to travel at 80km/h.

The north end of the bridge is connected to Cezi Island and the south end is linked to Jintang Island. Mentou Hill and Shangxiong-ezui were selected as bridge foundation sites to decrease the main span of the bridge over the waterway. Laohu Hill was used as a pylon location.

The main cables consist of 1,770MPa parallel wires. High-quality steel core wire ropes with a fixed spacing of 18m were used for hangers and 211.3m-high cable pylons were used in the bridge.

The main deck of the bridge is an orthotropic plate with a 14mm-thick top plate and a 10mm-thick bottom plate. It is stiffened with a U-shaped rib.

“The bridge was built as part of the Zhoushan Mainland and Islands Link Project.”

Site supervision for the operation and maintenance of the gantries was also provided by DLT. Aerodynamic analysis was conducted by northern European consulting group COWI.