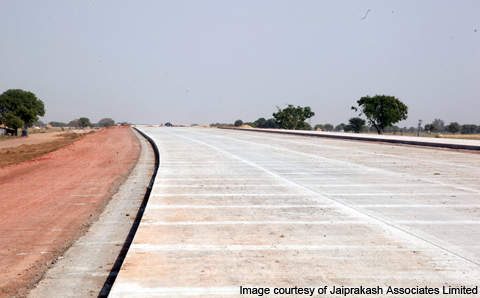 The Yamuna Expressway (previously known as Taj Expressway) is a 165.5km motorway in the Indian state of Uttar Pradesh to be completed in August 2012. 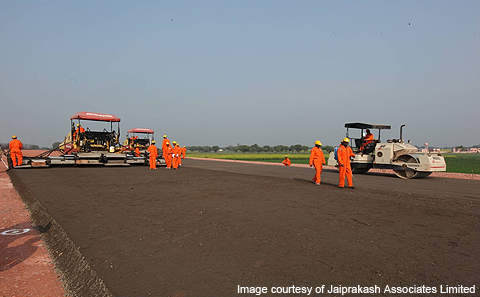 The Yamuna Expressway connects the cities of Noida and Agra via Mathura along the Yamuna River. 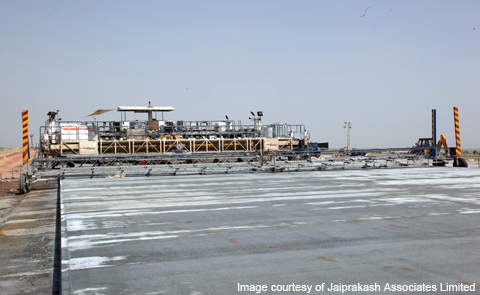 The six-lane motorway, which has the potential to be extended to eight-lanes, is a dual carriageway of rigid concrete pavement with three lanes. 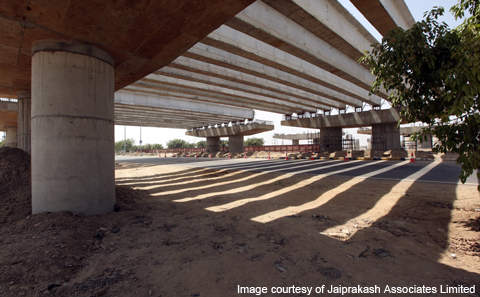 A total of 13 service roads of about 168km are built for local commuters to access the expressway.

The Yamuna Expressway is a 165.5km motorway in the Indian state of Uttar Pradesh (UP). It connects the cities of Noida and Agra via Mathura along the Yamuna River. The expressway was officially inaugurated on 9 August 2012.

The Yamuna Expressway was previously known as the Taj Expressway as it connects Greater Noida – a proximal area to the National Capital Territory of Delhi (NCT) – with the Taj Mahal in Agra. It was renamed in July 2008 by the Yamuna Expressway Industrial Development Authority (YEIDA), constituted by the state government.

The expressway reduces the travel time between Agra and Delhi by 100 minutes. The distance of 210km can now be travelled in approximately two hours. The project will relieve traffic congestion on the National Highway-91; on the Old Grand Trunk (GT) road between Delhi and Kanpur, and the cities of Palwal, Ballabgarh and Faridabad on the National Highway-2. It intends to provide uninterrupted movement of freight and passenger traffic for the towns and commercial centres on the east side of the Yamuna Expressway.

The Yamuna Expressway interconnects the NH-91 and NH-2 and will give impetus to urbanisation and industrialisation in the region.

The expressway is also designed to serve the upcoming regional infrastructural developments in Greater Noida and Noida regions. The developments include the proposed Taj economic zone, Taj International Airport hub and ribbon development on about 2,500ha including five integrated townships with commercial, institutional and residential developments.

The Yamuna Expressway is a 165.5km motorway in the Indian state of Uttar Pradesh.”

As per the master plan developed by YEIDA, the project was developed in three phases along the river. Phase I covered the 40km stretch from Greater Noida to the proposed airport in the town of Jewar, Gautam Buddha Nagar District, UP. Phase II stretches 20km from the proposed airport to an intermediate destination before Agra. Phase III extended the roadway by 105km further to Agra, via Mathura.

The Uttar Pradesh state government approved the construction of the Yamuna Expressway in 2001 and the tender process began in 2003. The 165.53km expressway project is a six-lane motorway, having a potential to be extended to eight lanes. The expressway is a dual carriageway with three lanes, 3.75m wide in both directions, with the potential to expand to four lanes.

The expressway includes a right-of-way strip of 100m. The pavement is of rigid concrete, instead of regular bitumen pavement – the only other concrete-paved motorway in India is the Mumbai-Pune Expressway.

The other allied structures of the project include six interchanges, seven toll plazas on the interchange loops and five main toll plazas. In addition to manual toll collection, the company also plans to use automated toll facilities with electronic tags installed in the user vehicles. It has 76 cart track underpasses/crossings and a major bridge and one rail-over-bridge. The project included the construction of 41 minor bridges and 183 culverts. A total of 13 service roads of about 168km were built for local commuters.

The expressway also has facilities such as rest areas with parking and shelters, motels and restaurants, fuel stations, automobile repair shops, pay phones, public conveniences and cold drinks kiosks along the route. It features landscaping and plantations for aesthetic design and safety.

“The Yamuna Expressway reduces the travel time between Agra and Delhi by 100 minutes.”

The access-controlled expressway has barricades along the route. It has limited road crossings, about 50 fly-overs and 60 pedestrian crossing points. The expressway is also installed with CCTV cameras and SOS booths for ensuring safety. The speed limit on the road is 60km/h for heavy vehicles and 100km/h for cars.

JCL, now known as Jaiprakash Associates (JAL), is a flagship company of Jaypee Group, an infrastructural industrial conglomerate in India. JAL as concessionaire will collect the tolls during a concession period of 36 years.

In 2009, JAL awarded two contracts of INR4.33bn to Brahmaputra Infraproject for the construction of about 59km of the expressway. The scope of work included construction of major interchanges, minor bridges, earthen embankment, cart track and vehicular track underpasses.

In November 2011, Efkon was awarded a contract to supply a toll management system solution covering 129 toll lanes of the expressway.