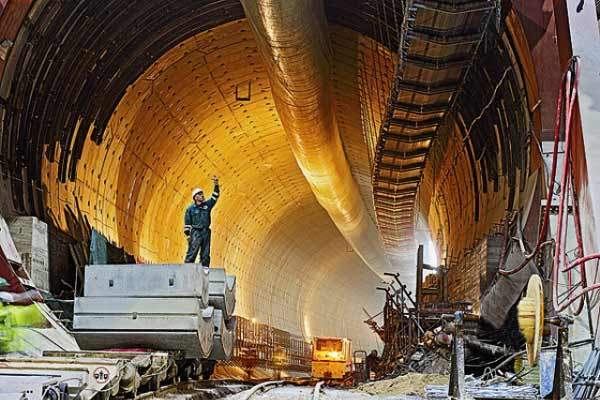 The Yangtze River tunnels are being constructed using two TBMs. 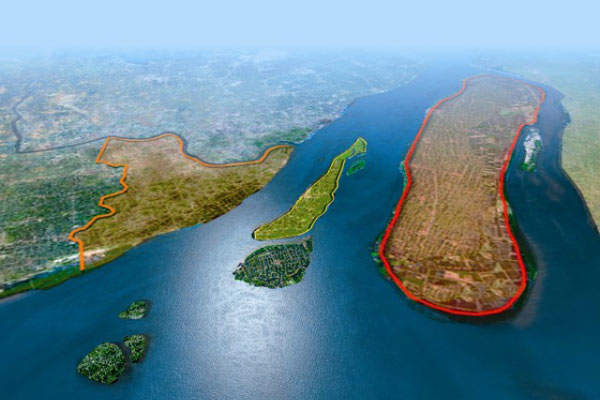 The under-river tunnels will link the mainland with the island of Changxing. 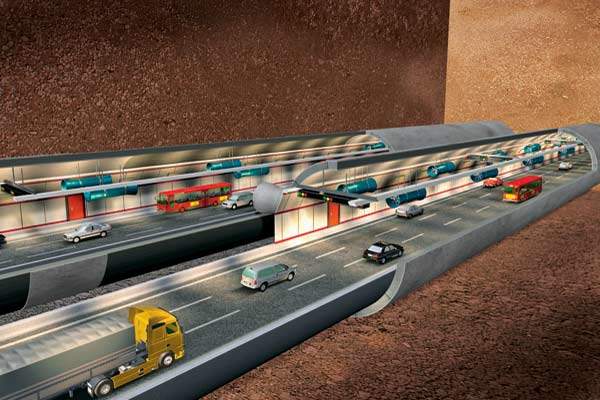 The two tunnels will require the disposal of 2.7 million cubic metres of earth by the time they are completed. 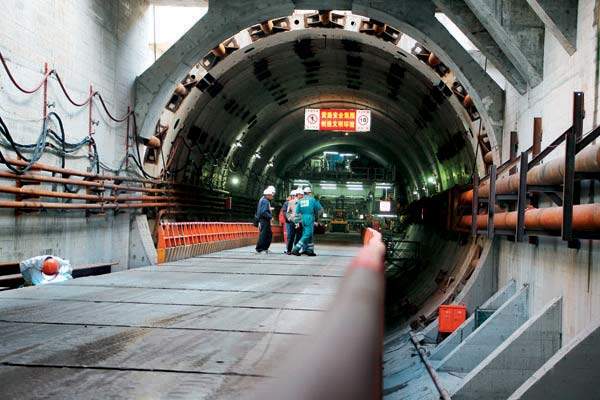 The twin tunnels across the Yangtze River were completed by 2010. 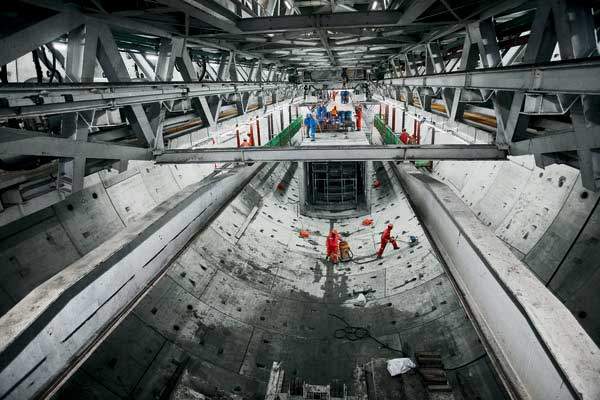 The two TBMs being used for the Yangtze River project are the largest in the world with a diameter of 15.43m.

The first tunnel of the Chiangjiang under-river tunnel project to cross the Yangtze River in China was completed in 2008. The tunnel is the first of a twin-tunnel complex opened in October 2009, ahead of the World Expro in Shanghai.

Each of the tunnels has three lanes of traffic and are 7.47km long, tunnelled at depths of 65m under the river bed. They have two levels with three-lane traffic above and services and safety facilities below with additional space for a metro. The tunnels were constructed by the Shanghai Changjiang Tunnel & Bridge Construction and the Chinese partner Shanghai Tunnel Engineering (STEC).

The tunnelling was carried out using one of the largest S-317 Mixshield tunnel boring machines (TBM) ever built. The TBM for the first tunnel, one of two for the project, has a diameter of 15.43m, total length of 135m and a total weight of 2,300t. It was constructed by Herrenknecht after a contract awarded in spring 2005 and was handed over to begin operations at the end of April 2006. The TBM was constructed in four months at a site in Shanghai Wuhaogou (Pudong), 6km from the tunnelling site.

The construction of the second identical TBM (S-318) for the second tunnel was started in the middle of 2006. The main drives, providing cutterhead power of 3,500kW and weighing 170t each, were fabricated in Germany and transported to Shanghai by ship. The tunnel project will employ 1,500 construction workers and is expected to cost in excess of $1.5bn.

Shanghai is a large industrial city and is short of space to accommodate the large number of workers resident in the city. The Chinese want to create one of their first eco cities in the middle of the Yangtze River Delta.

“The new city will incorporate every possible green technology to save energy and water.”

The new city, called Dongtan, has been designed by Arup and is being developed by the Shanghai Development Company. The initial phases are expected to be completed by 2010.

The new city will incorporate every possible green technology to save energy and water. There will be waste and heat recycling, water treatment and communal heating/hot water systems. The amount of car traffic will be carefully controlled and limited to the periphery of the city.

“The tunnel project employed 1,500 construction workers and is expected to cost in excess of $1.5bn.”

The tunnelling with the S-317 was started in a 26m-deep launch tunnel on 6 September 2006 from Shanghai and breakthrough to the island was finished in September 2008.

The S-318 TBM began parallel tunnelling on 8 December 2006, with a distance between tunnel centre lines of 23m, and was completed in 2009.

The Mixshield machines, working on hydroshield principle, were able to withstand water pressures of 6.5bar and excavated a mixture of sand, clay, broken rock and groundwater (206,033kN thrust and 39,945kNm torque).

The technology allows tools on the cutting wheel to be changed from within the shield at atmospheric pressure, with six cutting wheel arms accessible. These machines prevented hazardous diving operations.

The two machines installed a total of 7,500 lining segment rings for the two tunnels; each of the rings is made up of 11 segments, weighing up to 16t. The final interior diameter was 13.7m. The two tunnels required the disposal of 2.7 million cubic metres of earth by the time they were completed.