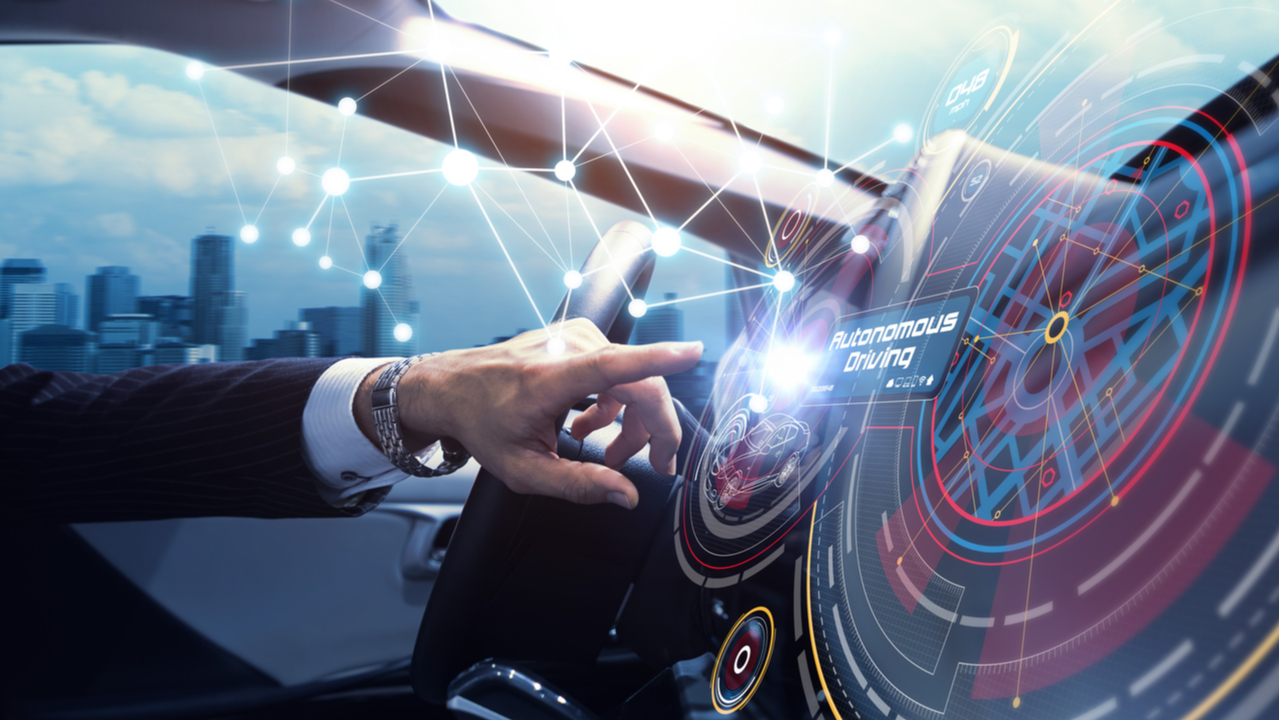 Vehicles continue to become increasingly aware of their operating environments thanks to 3D cameras, radars, lasers and sensor fusion. They are also becoming increasingly informed and intelligent thanks to ultra-fast computing enabling operational agility, advanced predictive analytics and machine learning.

Listed below are the key technology trends emerging across the automotive industry, as identified by GlobalData.

More than 40 companies worldwide are developing the brains for self-driving vehicles. The world leaders are Google’s Waymo, GM’s Cruise, Nvidia, Baidu, Intel, Aptiv, Infineon, Qualcomm and NXP, along with a clutch of start-ups funded by legacy car makers and tech giants. The cluster of technologies being developed to turn vehicles into intelligent, self-driving robots include systems on chips, GPS, analytic sensors, wireless communications, and deep learning.

The global R&D drive in autonomous driving technology is accelerating, and its diffusion is widening in the process. For example, Baidu and Aptiv are offering off-the-shelf automobile brains for third parties.

The emerging world of connected and increasingly autonomous vehicles will demand huge volumes of sensors including cameras, ultrasonic, LiDAR and radar varieties. These banks of sensors feed live data to both on-board computers and cloud-based remote data centres. STMicroelectronics, Bosch, Infineon, and NXP stand out as trusted suppliers of increasingly sensitive and intelligent auto-grade sensors and fused sensor systems.

In driving environments where situations can change rapidly without warning, there is often no time for on-board systems to send great amounts of data to a cloud and then, once processed, receive details of the appropriate action to take.

At level 4 autonomy and beyond, the vehicle will have to carry its own data centre on board that can sense, interpret and act in real time given the critical importance of zero latency in real-time road and traffic conditions. This on-board computer will also play a critical safety role in cordoning the vehicle off from external cyberattack. Edge computing will take over more and more of the work currently done in centralised cloud-based data centres.

Light detection and ranging (LiDAR), is a sensing technology for computer vision based on lasers and used in autonomous vehicles. LiDAR has an advantage over other sensor types because it is exceptionally accurate, gathers data very quickly, and is unfazed by poor weather and low-light conditions.

The most expensive and most accurate LiDAR sensors can be recognised as spinning domes or cylinders on top of self-driving cars. These systems can often cost tens of thousands of dollars each, making them far too expensive to deploy on private vehicles.

While the traditional spinning LiDAR detectors may never be appropriate for mass production of level 4 autonomous vehicles, there is hope for solid-state, system-on-a-chip LiDAR systems.

Without high resolution, affordable 360-degree sensing systems, the best auto brains are useless. While there is plenty of focus on LiDAR systems, many companies are pursuing sensing by other means, including vision-based camera systems.

Some players – most notably Tesla – insist that LiDAR will never become commercially viable and are instead banking on 3D cameras, ultrasound and artificial intelligence to make up their sensing suite.

Each new car carries an average of $500 worth of chips. This compares to a chip content of just $60 for the average smartphone. These chips come in all shapes and sizes – radio frequency (RF) and baseband chips, sensors, microcontrollers and powerful central processing units (CPUs) to process vision interpretation data. By 2030, 80% of the value of a vehicle will reside in its software and content, with AI eating into software’s share and also enabling precision targeting and customising of the content. Neural net-based machine learning will become a standard auto component.

Waymo, Nvidia, Intel and Tesla are at the fore. Almost all the big technology companies including Apple, Amazon, Alphabet, Facebook, Microsoft and Alibaba are developing in-house designs for their own proprietary neural-net-based AI chips.

Autonomous vehicles will need to communicate with human drivers and pedestrians, via flashing signs, pictures and emojis, in order to issue alerts, instructions or warnings without causing road rage, confusion or anger. Drive.ai, Uber, and Waymo are among those in the vanguard of vehicle-to-analogue-world communications research aiming to achieve the right balance between grabbing attention, clarity, and instant adaptability.

Widespread adoption of level 4 and level 5 autonomous vehicle technology will call for 5G wireless networks. These 5G networks will require access to sufficient radio spectrum and be supported by a large number of base stations, in-device antennas, and denser yet cleaner-cut multiple input and multiple output (MIMO) systems.

Huawei, Qualcomm, Broadcom, and Cypress Semiconductor stand out in 5G, but a fully functional, scaled-up 5G network is far from being a done deal.

Amid euphoria about the scope and prospects for self-driving, there looms the growing threat of cyberattacks. Attacks can come in many forms: hacks that lock people out of their cars and demand ransoms; malware that attacks brakes and steering to cause fatal accidents; and sabotage of driving environments and GPS mapping.

One solution is to store more of the data used for autonomous driving in self-contained on-board data centres, although this can increase a vehicle’s bill of materials and place extra burden on its memory and processing systems.

Autonomous vehicles also need to communicate directly with road infrastructure to provide updates on conditions, traffic, accidents and weather. Vehicle-to-everything (V2X) communication is the passing of information from a vehicle to any entity that may affect the vehicle, and vice versa.

Taking the idea to the extreme is Toyota with its plan to build an entire ‘smart city’ from the ground up. This will see all parts of the infrastructure including vehicles, roads and buildings connected to a central operating system.

Auto brains need access to huge datasets to educate them. Some of these datasets include real-time streaming of sensor data from LiDAR, cameras and radar systems to enable safe navigation. Cloud and in-vehicle data analytics and machine learning based on big data are a prerequisite for self-driving.

Waymo, backed by Google’s AI prowess and more than 20 million miles traversed in autonomous mode, is the clear leader in auto-tech big data analytics and learning, with Uber, Continental, Bosch, Aptiv, Tesla, and Baidu all at an advanced stage.