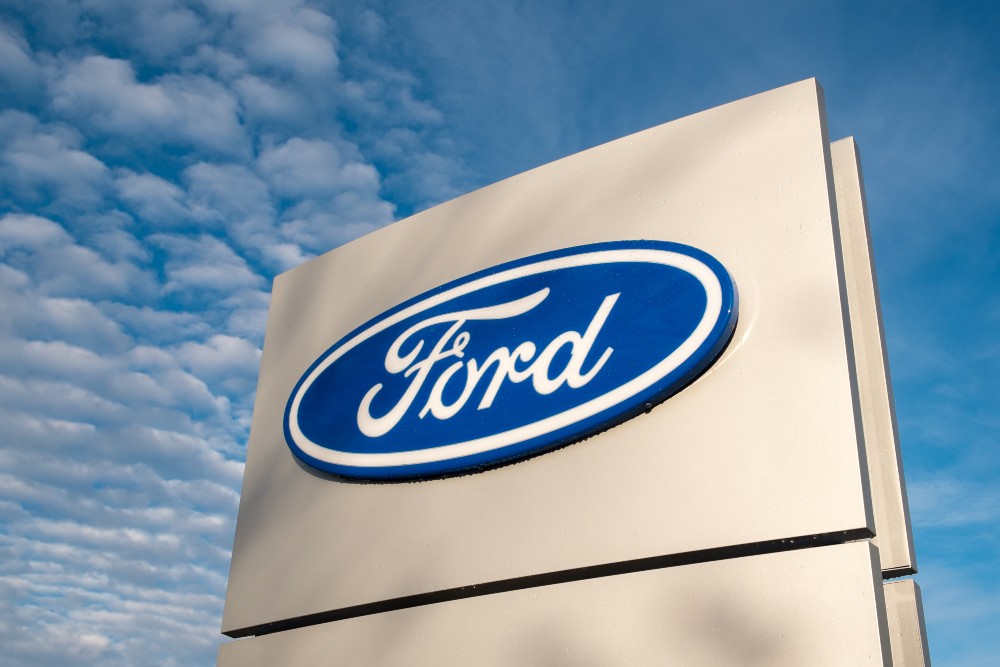 Counting on SK’s expertise to come up with more efficient batteries to power its heavy-duty vehicles, may put Ford ahead of its rivals in the long-term. Credit: D K Grove / Shutterstock.

The second-largest carmaker in the US, Ford aims to have 40% of its global sales be fully electric vehicles (EV) by 2030. Although it may be late to the party, with some of its global rivals well underway in electrification, Ford is prepared to invest heavily and catch up with its competition.

However, the Michigan-based carmaker is taking a different path from most rivals in terms of electric model development. Whilst they have tended to come up with new specific electric models or even series, Ford plans to develop electric versions of their best-seller models.

Indeed, the US manufacturer will start producing the electric version of its F-series pick-up truck flagship model in the new ‘Blue Oval City’ plant. This $5.6bn campus will be created by the SK-Ford joint venture (JV) called BlueOvalSK and will also include a battery production and recycling plant.

Ensuring a stable supply of batteries is always paramount to produce EVs, so the partnership with SK Innovation may play a key role in the future success of the carmaker in the EV segment. The South Korean conglomerate is working on increasing its production capacity significantly and may go on to spin off its battery division soon.

Also, developing new battery technology is still very much a priority for carmakers to fix the shortcomings of EVs that are keeping them away from massive demand. Therefore, counting on SK expertise to come up with more efficient batteries to power its heavy-duty vehicles may put Ford ahead of its rivals in the long-term.

Apart from relying on SK to increase battery production capacity and potential innovation, the current semiconductor shortage makes it even more important for carmakers to develop ties with electronic companies with experience as chip suppliers.

The new Ford leadership intends to keep the carmaker relevant in the future automotive market and that will certainly be determined by its performance both in the electrification and automation development.

Hence, a successful partnership with a division of the third-largest chaebol in South Korea could have deep ramifications in the future performance of the US carmaker.

Also, as electronic components become an increasingly relevant part of vehicle production, this kind of JV may turn into the future for other key players in the automotive industry.

It is not a coincidence that the main US carmakers like Ford and GM are starting to announce their plans to start developing and producing EVs now. The political change in the US has caused a regulatory shift in environmental policy, bringing back the net-zero emission goal in the government agenda.

In fact, the new US president Joe Biden recently signed an executive order for half of new vehicles sold in the US in 2030 to be electric, with both Ford and GM executives standing by his side.