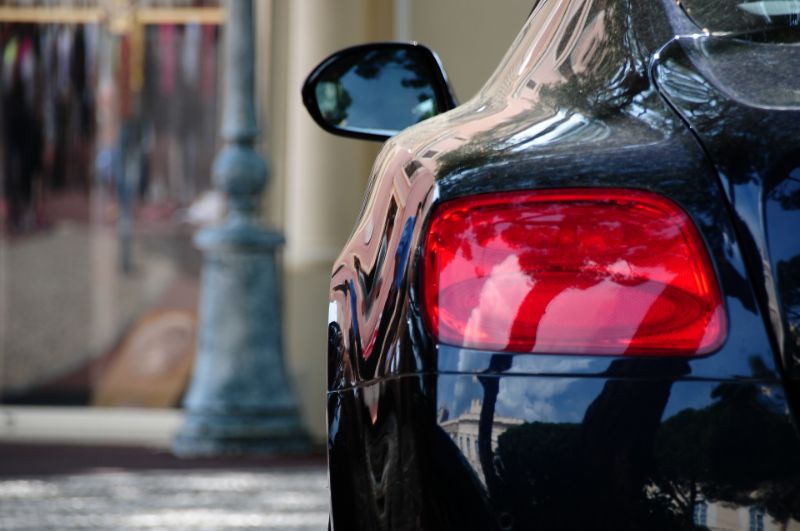 The transaction will provide Fisker with more than $1bn of gross proceeds and will help it to start the production of Fisker Ocean. Credit: Grégory ROOSE from Pixabay.

Like everywhere else India’s auto sector has been deeply impacted by the Covid-19 pandemic and the automotive sector is one of the hardest hit. Up until Q1 2019, India’s market was finally beginning to realise its long-heralded potential. The light vehicle market had grown at a CAGR of 8.5% between 2008 and 2018. Compared with the global market’s anaemic 3.8% this was a very strong result.

Listed below are the key trends in the Indian automotive sector and market impacting the theme, as identified by GlobalData.

India has some of the most polluted cities in the world and is still largely dependent on coal. Following other countries that have announced the phased banning of internal combustion engine (ICE) vehicles, the Indian government has set itself the target of turning 30% of all vehicles electric by 2030.

Among the domestic automotive manufacturers, Tata Motors, an early mover in the market with its Tigor EV, is demonstrating a range of EVs, from passenger cars to buses, which will be production-ready when the cost makes them viable. Mahindra & Mahindra, currently the only Indian car manufacturer to sell electric cars on a commercial scale, is likely to face stiff competition from global players.

The price of FAME

To assist in reaching its target of 30% of all vehicles being electric by 2030 the government introduced an incentive scheme, Faster Adoption and Manufacturing of Hybrid and Electric Vehicles (FAME), in 2015. FAME introduces incentives to reduce the purchase price of EVs and hybrids and help usher the market towards early adoption.

In 2018, the government’s Ministry of Power launched its National Electric Mobility Program (NEMP) which focuses on developing the charging infrastructure and policy framework necessary to meet the 30% target. The government is also discussing an e-mobility policy to subsidise EV charging infrastructure and has recently stated that no license will be required to operate EV charging stations in India.

The SUV is now ubiquitous on driveways and highways throughout the world. A combination of continuing low oil prices, improved fuel economy technology, a safe feeling and ostentatious seating position, a switch to car-based platforms from old-school ladder frames and a ‘if you can’t beat them, join them’ mentality has made the SUV the hottest ticket in town in all size segments. OEMs without a suitable SUV in their market portfolios (or worse, an ageing SUV) face being shunned by the market.

In the Indian market, domestic brands have launched mini SUV models aggressively. Back in 2015, the Ford Ecosport, Hyundai Creta and Renault Kwid essentially held the market. By 2017, Tata, Honda and Datsun had entered the market. Interestingly, up until 2019 market leader Maruti-Suzuki had only been present in the market with its aged Gypsy model. In 2019, the company entered the segment with its S-Presso model.

Maruti-Suzuki with its monopolising 51% share of the Indian passenger vehicle market has already seen off a challenge from General Motors Company (GM). This saw the US giant close one of its two vehicle plants in India and initially reorient the remaining Talegaon plant to exports only. Now Talegaon is also to be sold.

The Indian’s market with its latent potential and above industry average growth rates is still attractive to international OEMs. Thus, PSA’s Citroen, Kia and SAIC’s MG have all started manufacturing locally in the past 18 months.

Covid-19 has led many to re-evaluate personal mobility needs and move to the safety of personal transportation from public transportation. In the Indian market the need for four wheels could see a resurgence in interest in A-segment mini cars. In the first half of 2020 there has been an upturn in fortunes for the A-segment with share up to 22.7% as consumers enter the market in search of protection from the coronavirus.

The segment has undoubtedly been aided by some product renewal, with Hyundai’s reintroduction of the Santro, the launch of its Aura mini sedan and the new Suzuki Wagon R.

The Indian market was only just beginning to realise its market potential when macroeconomic issues affected the market from Q2 2019. The Covid-19 induced economic setback has only served to compound the duress the market and sector was under. Up until August 2020, the market is down 39% and is forecast to finish 24.7% down for the year, coming on top of the 16% market decline witnessed in 2019.

However, the market still has considerable latent market potential. This suggests that getting to China’s levels of new vehicle sales alone would see India’s market at 23.7 million. This is not to suggest that India’s market can reach China’s level any time soon. It would take at least until the mid-2040s before India’s GDP per capita reaches China’s levels if the CAGR for India GDP growth in the 2010-2018 period is projected forwards.

In September 2020, Toyota Kirloskar’s vice chairman stated that India’s high tax rates on cars and motorbikes would curtail its investment in the country. According to Toyota the tax rates suppress demand and stop companies present in the market building any scale. Toyota has no plans to exit India – as GM and Ford have done – but will not invest for further scale.

Presently, all vehicles (including two-wheelers but excluding EVs) are taxed as high as 28%. On top there are other taxes that range from 1% to 28% and are levied depending on a vehicle’s size and its engine capacity.