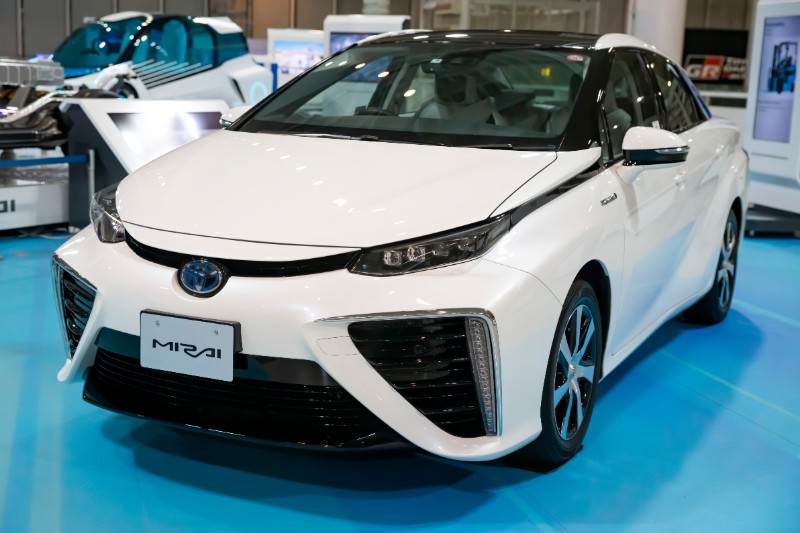 Toyota has been at the forefront of electric car technology since the launch of the hybrid car, Prius, in 1997. In 2014, the firm launched the Mirai, the first mass-produced hydrogen fuel cell vehicle, and has since been committed to furthering the technology.

Among the global car manufacturers, Toyota is one of the largest proponents of the technology, particularly for use on commercial vehicles such as buses and trucks.  According to BloombergNEF, the increasing use of the technology in such vehicles, notably in Asia and Europe, will help fuel cell sales rise to one million annually by 2035.

The development of low-cost fuel cell cars will help to improve fuel efficiency, drive performance and durability in electric vehicles, increasing usability for everyday use.

Through refuelling more quickly and being more suitable for long distances the new technology may alleviate any doubts consumers currently have when purchasing battery powered vehicles.

In China, the FCEV (fuel cell electric vehicle) market is growing at the fastest pace globally, as per with the Technology Roadmap for Energy-Saving and New Energy Vehicles. Industry-wide efforts to help implement the vehicles are seen as a key strategy for reducing emissions. China has the power to transform the importance of fuel cell electric vehicles globally and with the government keen to invest it is smart move by Toyota to get involved.

It must be noted the market is still small with government projections only expecting 5,000 vehicles to be on the road next year. But this also suggests there is an opportunity for venture to establish a key presence in the market through developing competitive fuel cell systems that are complicit with Chinese regulations.

Wang Guoqiang, vice president of FAW, stated that the venture will ‘leverage our respective areas of superiority, while contributing together to the development of an environmentally-friendly motorised society.’

Despite its obvious benefits, the cost of fuel cell development has put off many firms from committing to the technology; even Toyota has invested more in battery research in recent years.

This is particularly relevant in the current economic climate with automobile manufacturers suffering hugely due to the effects of Covid-19. Additionally, whether the Chinese Government is willing to continue to invest substantially as a result of the virus remains to be seen.

However, the commitment to such a venture demonstrates the willingness to rebuild the automobile market in more sustainable fashion, which must be applauded.