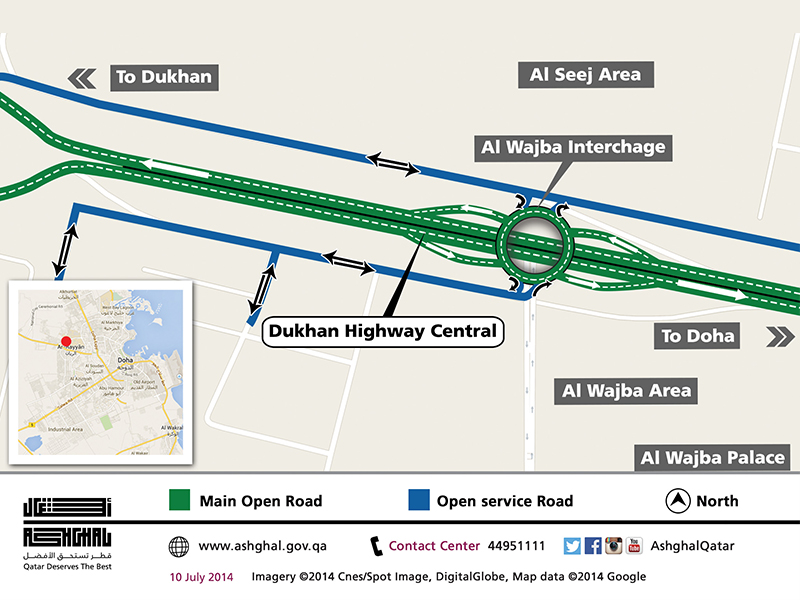 The Dukhan Highway Central has been opened by Ashghal, the Public Works Authority of Qatar, in a bid to improve traffic flow between Dukhan and Central Doha.

Reportedly an important section of Qatar’s road network, it replaces the old Dukhan Highway, which consisted of two lanes in each direction.

Stretching from Sheehaniya Interchange to Al Rayyan Stadium Roundabout, Dukhan Highway Central provides local access to the community through a two-lane service road and the driving speed has been limited to 120km/h to increase the safety of road users.

The Dukhan Highway Central project began in mid-2011 and consists of a dual carriageway with four lanes in each direction, service roads and the construction of 15km of a new highway.

The highway will start from west of the existing Al Wajba Interchange and end east of the town of Al Sheehaniya.

Two underpass interchanges at New Wajba and Al Dehailiyat Army Camp will also be constructed as part of the project, which is part of Ashghal’s Expressway programme to provide an extensive highway network.