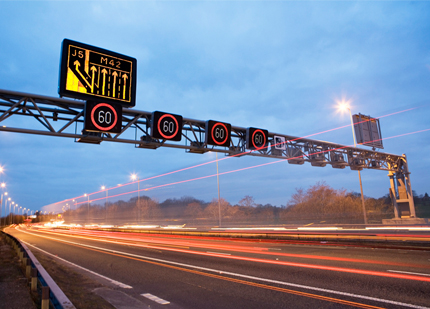 Software and services provider Yotta will allow the UK’s motorways operator Highways England to continue to use its Horizon visualised asset management platform under an extended contract.

Awarded in August this year through the government procurement initiative G-Cloud, the two-year contract can be extended by another two years.

Highways England had awarded the first contract to a consortium, including Yotta in February last year, for asset management support software and services.

By using Horizons, asset managers will be able to effectively visualise, manage and optimise all their asset management strategies and records using a single cloud-based solution.

"We have been able to undertake a range of modelling projects in order to gain a better understanding of the current and future condition of the network."

Implementing the software-as-a-service (SaaS) asset management platform will help highways department to protect networks by targeting vulnerable assets that are at risk from rain, snow and ice.

The authorities will be able to deal with road maintenance issues before they become a problem.

Highways England project manager Chris Larsen said: "Our initial experience of the Horizons platform has been very positive with feedback from our internal forums, including comments such as ‘intuitive’ and ‘easy to use’.

"Using Horizons, with support from Yotta, we have been able to undertake a range of modelling projects in order to gain a better understanding of the current and future condition of the network, and improve decision-making relating to our road renewal programme.

"This contract extension will allow us to build on the work to date, informing future decision-making and reporting on work in progress," explained Imrul Hassan, data warehouse and analytics team leader at Highways England.

Launched in 2012, Horizons is currently being used by around 50 local authorities in addition to service partners and maintenance contractors in the UK.

In 2014, Yotta launched Horizons internationally, and has already achieved successful implementations in Europe and Australia.

Yotta CEO Nick Smee said: "Horizons has been supporting Highways England for the past 18 months helping them identify and inform a five-year programme of works based on range of data, including our own survey data, as well as additional traffic and pavement construction information.

"This extension is a positive endorsement of the value of Horizons to organisation with a nationwide remit for modernising and maintaining the highway, as well as running the network and keeping traffic moving."

Image: Horizons makes it easier for asset managers to manage and optimise their asset management strategies and records. Photo: courtesy of Yotta.