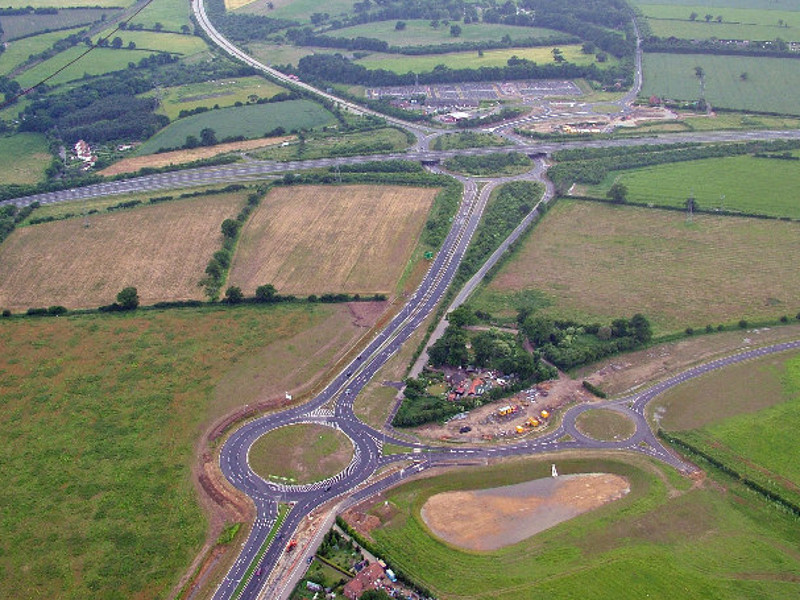 The A47 Thickthorn junction will be upgraded to ease traffic at the junction between the A47 and the A11. Credit: Mark Boyer. 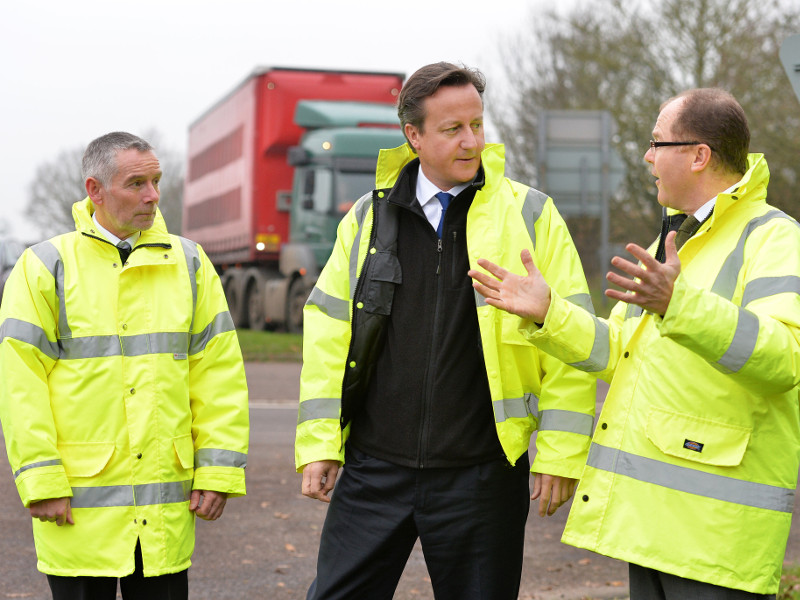 The project is being developed by Highways England. Credit: Number 10. 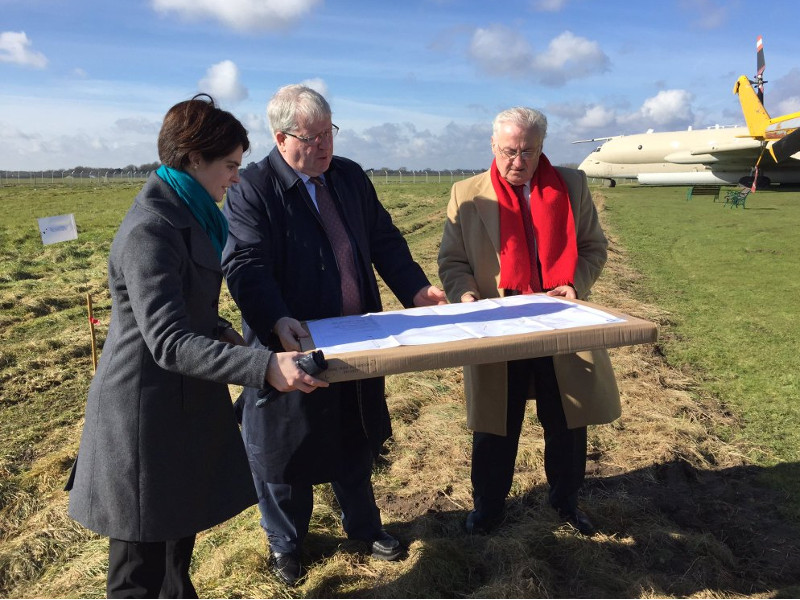 The A47 is an important trunk road within the Trans-European Network, connecting major hubs across Norfolk, Peterborough, Cambridgeshire and Suffolk.

The project will lay dual roads on three sections of the 185km-long segment of the A47 corridor between Peterborough and Great Yarmouth.

Construction work for the project is scheduled to begin in late 2019 and is expected to be completed in 2024.

The A47 corridor improvement programme involves upgrades to six major road schemes along the corridor. It will also include the upgrade of the 2.5km-long Wansford to Sutton section of the A47 into a dual carriageway.

The second scheme is the A47 / A141 Guyhirn junction, where the roundabout will be widened and three lanes will be created leading to the junction. An additional lane will be added to the existing roadway on the River Nene Bridge.

Improvements along the corridor between A47 North Tuddenham and Easton will introduce a new dual roadway to the south and north of the existing road, along with two new junctions. The A47 Blofield to North Burlingham section will witness the construction of a new dual roadway to ease congestion.

Traffic will be relieved at the junction between the A47 and the A11 with the improvements at the A47 Thickthorn junction.

The project will involve the dualling of sections, including Acle Straight in east Norfolk and Tilney to East Winch in west Norfolk. The A47 corridor between the A16 junction east of Peterborough and Walton Highway east of Wisbech will also be upgraded from single to dual carriageways.

Construction on the A47 North Tuddenham to Easton scheme will begin in April 2021, with completion planned for May 2023. Work on the section between A47 Blofield and North Burlingham will be started in 2021 and completed by December 2022.

Construction work for the A47 Thickthorn junction will be commenced in 2021 and is expected to be completed by 2023.

Benefits of the A47 corridor improvement programme

“The A47 is an important trunk road within the Trans-European Network, connecting major hubs across Norfolk, Peterborough, Cambridgeshire and Suffolk.”

The corridor improvement will reduce transport costs by £27m ($30.5m) for logistics companies, delivering benefits worth more than £200m ($226m) through increased productivity.

The decrease in travel time and congestion will bring benefits worth £40m ($45m) to the regional markets, in addition to increasing the A47’s capacity.

Dualling of the A47 from Tilney to East Winch is expected to prevent up to 31 fatal and 205 serious casualties over its life span and reduce accidents along the Peterborough to Walton highway by 40%.

The project will improve road safety in accordance with modern highway standards of road designing. The improvements will also develop a safer route for pedestrians, cyclists, equestrians and other non-motorised users.

Galliford Try was awarded a £300m ($396m) contract for the A47 project construction in September 2019. Galliford is working with SWECO, which is designing the section between Norwich and Peterborough.

In January 2017, AECOM was awarded two contracts for designing the A47 / A11 Thickthorn junction improvement and for multiple junctions on the A47 / A12 near Great Yarmouth.

Graham Construction was selected as the principal contractor for the A47 corridor works between Norwich and Lingwood in October 2019.

Mouchel prepared the investment report of the project, while Mott MacDonald performed the economic modelling study.