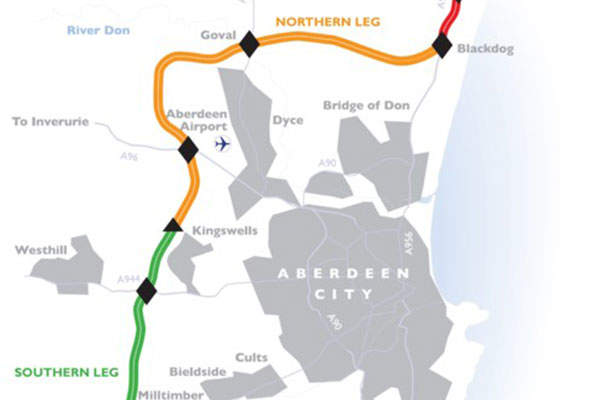 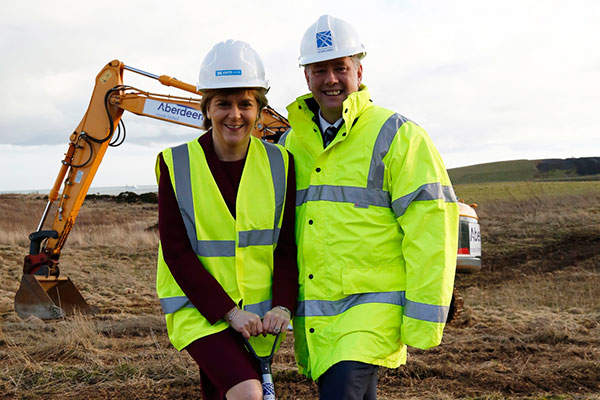 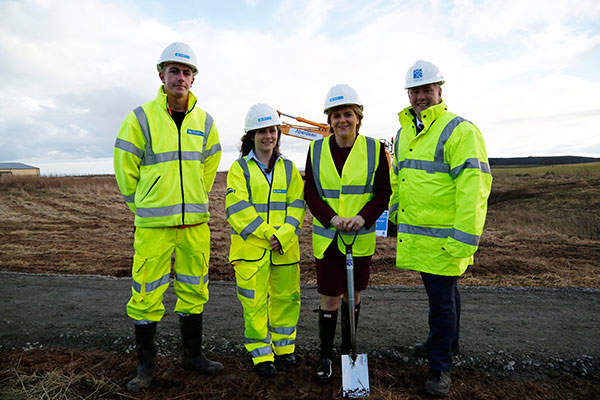 The road will be ready for operations by spring 2018. Credit: Crown copyright.

The construction of Aberdeen Western Peripheral Route from Balmedie to Tipperty (AWPR/B-T) section is a major transport infrastructure project initiated in February 2015. The bypass road will reduce congestion in and around Aberdeen and the north-east of Scotland and will improve journey times while also reducing pollution in the city centre.

It will also boost the economy as well as improve road safety and enhance public transport. The construction is expected to be completed by spring 2018.

The project, estimated to cost £745m ($1.12bn), is being implemented by Transport Scotland, the national transport agency, on behalf of the Scottish Government and in partnership with Aberdeen City Council and Aberdeenshire Council. The new road is expected to carry more than 43,000 vehicles a day upon completion of the construction.

The existing Balmedie to Tipperty road is a single carriageway that carries approximately 22,000 vehicles a day. It lies at the intersection of a number of major roads including the A90 and A96 trunk roads that are affected by peak travel flow during the morning commute.

Nestrans study proposed the development of an AWPR, which was accepted by the Scottish Executive in 2003. The route was selected in May 2006, and the public enquiry and closing submissions were completed by June 2009.

Transport Scotland shortlisted four bidders for the AWPR/B-T project in May 2013. It officially initiated the bidding process for the construction of the AWPR in January 2013.

Construction and infrastructure of AWPR/B-T

The main construction on the AWPR/B-T began in February 2015. The initial works include site clearance, site access works and fencing across the 58km site. It also includes the construction of the main site office in Stonehaven and section offices in Craibstone and Balmedie. The earthworks between Stonehaven and Cleanhill have also started. The project will employ approximately 1,500 workers during the construction.

The new road will consist of a new dual carriageway between Aberdeen and Ellon, which will remove the bottleneck caused by the existing single carriageway.

It will accommodate a bypass for long-distance traffic, while facilitating peripheral movement for shorter journeys, and will also remove traffic from both the city areas and unsuitable rural and urban local roads.

The project will include 58km of new road, 40km of new side roads, and 30km of access tracks. It will include 12 junctions, two river crossings at River Dee and River Don, and a bridge over the Aberdeen to Inverness Railway. It also will feature four major pipeline crossings, three wildlife bridges, and more than 100 other structures.

The Connect Roads consortium, comprised of Balfour Beatty, Galliford Try (Morrison Construction) and Carillion, was selected as the construction contractor in June 2014.

Financing for the construction of AWPR/B-T section