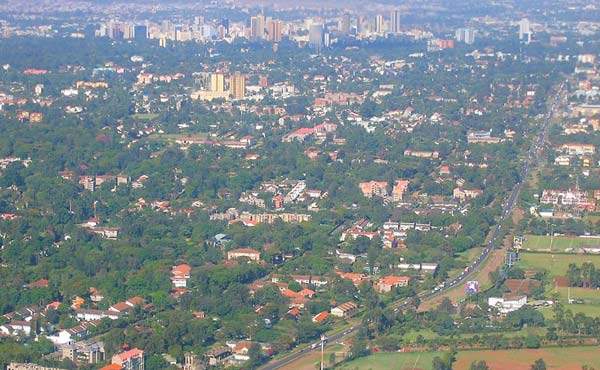 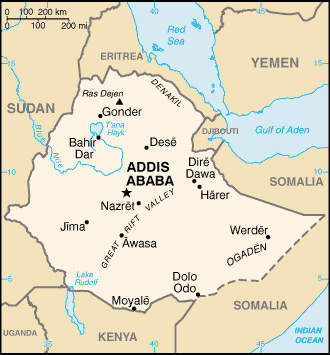 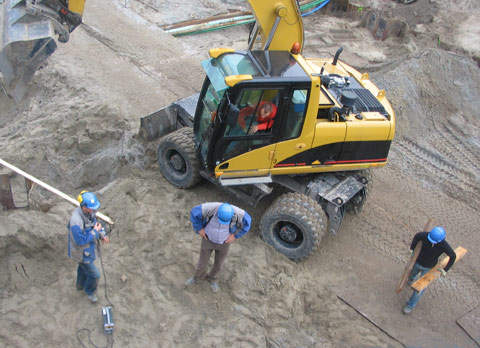 Phase II of the project involves the construction and tarring of 438km of the Mombasa-Nairobi-Addis Ababa road corridor.

In July 2009, the African Development Bank (AfDB) approved a loan worth $326m to finance the second phase of the Mombasa-Nairobi-Addis Ababa road corridor project. The project involves construction and tarring 438km of road, including 193km of the Ageremariam-Yabelo-Mega road section in Ethiopia and 245km of the Merille River-Marsabit-Turbi road section in Kenya. The construction also includes roadside socio-economic infrastructure and a one-stop border post.

Once completed, the project would help reduce transport and shipping costs between Kenya and Ethiopia and increase the volume of Ethiopian goods transiting through the Mombasa Port in Kenya. It would also reduce the transit time for imports and exports.

The Mombasa-Nairobi-Addis Ababa road corridor is an important part of the Trans-African Highway corridor from Cairo to Cape Town. In Kenya and Ethiopia, the road is a link from Addis Ababa to Nairobi corridor.

In 1974, the 525km section between Isiolo and Moyale was constructed to engineering gravel standards and was carrying a substantial volume of traffic. But its standards were inadequate for its role a Trans-African Highway. The condition of the road became a major hurdle for trade and regional integration.

In 1988, the governments of Kenya and Ethiopia approached the European Union to carry out a feasibility study and an engineering design of the road. The design was completed in December 1994 and updated in 2000. Both governments looked for donor funding for implementation of the project and approached AfDB for financing in June 2003. In September 2004, in consultation with the governments and other stakeholders, the project was formulated. Construction was started in 2009 and completed in 2010.

The project was aimed at improving transport and communication infrastructure among the Horn and East African countries, removing physical barriers to cross-border trade and expanding market size beyond national boundaries. The project has also created a link between Ethiopia and the port of Mombasa.

“The project was aimed at improving transport and communication infrastructure among the Horn and East African countries.”

Phase I of the project was also aimed at providing enhanced mobility and accessibility to Kenya’s north-eastern arid and semi arid lands. It was also planned to economically integrate the area with the rest of the country.

Construction work for phase I included the 136km section between Isiolo and Merille River in Kenya and two corridor links in both Kenya and Ethiopia totalling 670km.

The Isiolo-Merille section is a 7m Asphalt-paved carriageway with 1.5m sealed shoulders. In addition to this, three major bridges were reconstructed and the remaining structures were repaired of minor defects.

Phase II of the project involves the construction and tarring of 438km of the Mombasa-Nairobi-Addis Ababa road corridor. These sections include the 245km Merille River-Marsabit-Turbi road section in Kenya and the 193km Ageremariam-Yabelo-Mega road section in Ethiopia.

In March 2011, a contract worth $43.54m (Br740.7m) was awarded to Egyptian construction company Osman Ahmed Osman for the construction of two parts of the second phase. The contractor will rehabilitate Hagere Mariam-Mega asphalt road and construct 94.5km Hagere Mariam-Yabelo section that form part of the Mombassa-Nairobi-Addis Abeba corridor.

The third and final phase involves construction of a 125km road between Turbi and Moyale in Kenya and rehabilitation of a 300km-long road from Awasa to Ageremarian and from Mega to Moyale in Ethiopia.

Estimated at $59.25m, phase I of the project was jointly financed by the African Development Fund (ADF), the concessionary window of the AfDB, and the governments of Kenya and Ethiopia. The ADF loan financed 90% of the civil works and related supervision and the remaining 10% was covered by the GOK. In addition to this, the countries governments are responsible for additional taxes, duties, royalties and levies.

The AfDB was the lead financing agency, that provided 64% of requirements in the form of two ADF loans to Ethiopia and Kenya. One loan was for UA85m and the other for UA125m.

With the completion of the project in 2010, trade between Kenya and Ethiopia is expected to grow from $35m to $175m.

Transit of goods to and from the port of Mombasa is expected to increase from zero to 900,000t representing 20% of total Ethiopian sea fret. The average transport costs from Isiolo to Merille serving the ASAL region is also expected to reduce from $0.49 a vehicle kilometre to $0.28.

Phase II of the project is expected to further enhance the regional trade between Kenya and Ethiopia providing greater security and conflict resolution in the area. The road will minimise erosion and siltation problems in the operation phase.