Abu Dhabi Municipality, the Urban Planning Council and the Department of Transportation 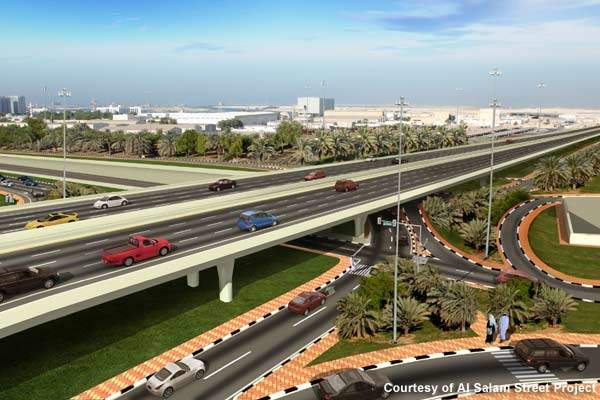 The Al Salam Street Project is an initiative by Abu Dhabi Municipality. 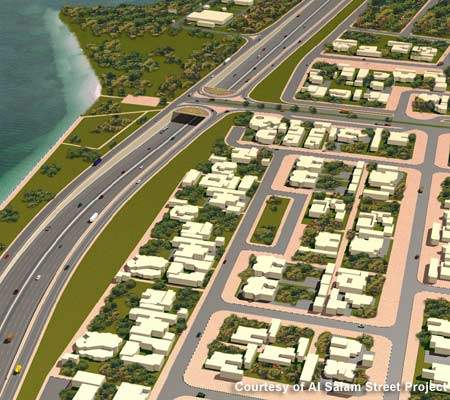 The project consists of four construction contracts for grade-separated interchanges, tunnels, road widening and other improvements. 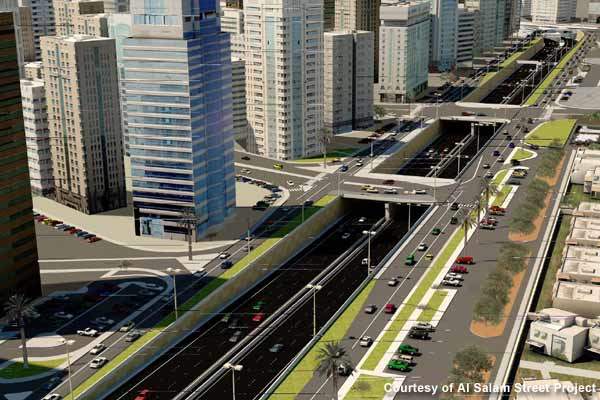 The project will have a series of tunnels, surface roadways and junctions that will ease traffic congestion. 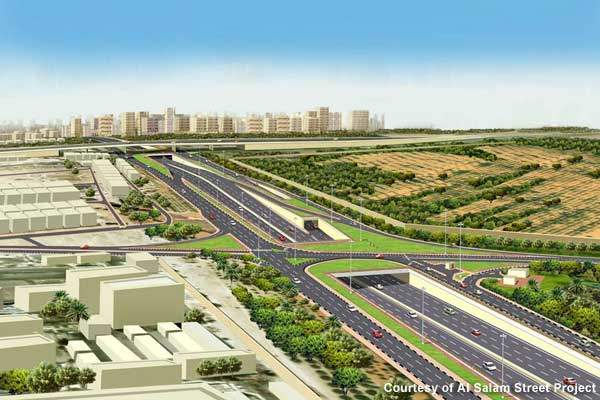 The Abu Dhabi Municipality is financing the AED5bn contract.

Accelerated demographic growth and rapid economic development have led to increases in population and traffic in Abu Dhabi, the capital of United Arab Emirates. The Abu Dhabi Government is implementing various initiatives to develop surface infrastructure to enhance quality of life in the city.

The Al Salam Street Project is an initiative by Abu Dhabi Municipality to transform the existing Al Salam Street (renamed as Sheikh Zayed Street in December 2012) alignment into an uninterrupted traffic corridor. The project has a series of tunnels, surface roadways and junctions to ease traffic congestion. The Abu Dhabi Municipality is financing the AED5bn ($1.36bn) contract.

Contract one involved the construction of a tunnel from Dalma street to Corniche and Mina Port. Surface roads were also widened. The cost of contract one is AED 3.1bn ($843.7m) and was opened to traffic in December 2012. Contract one stretches from Hazza Bin Zayed Street to Mina Road intersection.

The 3.6km tunnel, the longest tunnel in the Middle East was opened in December 2012. The tunnel has four lanes in each direction and reduces the travel time from Sheikh Zayed Bridge to Mina Street to 20 minutes. The new tunnels offer connectivity to Mina port and Corniche through Zayed bridge. The tunnel can accommodate 8,000 vehicles in each direction. The tunnel is equipped with several latest facilities for effective operation of the tunnel. The Sheikh Zayed Street was opened to public in December 2012.

The surface roads of contract one were opened by November 2011.

The Louis Berger Group is the programme manager and Parsons International is the design and supervision consultant of contracts one and two. Contract one, worth AED3bn ($816m), was awarded to a joint venture of Samsung and Saif Bin Darwish.
Contract one began in May 2008.

Contract two was awarded to MA Kharafi and Sons. Work on the AED807m ($219m) contract began in May 2008.
Nurol won the AED620m ($168m) contract three. The Louis Berger Group is the programme manager and De Leuw Cather International is the design and supervision consultant.

Contract three began in October 2007 The AED68m ($18.5m) contract four was assigned to Hilalaco (Hilal Bil Badi and Partners). The programme manager is the Louis Berger Group and the design consultant and supervisions consultant are Dr Ahmed Abdel-Warith and Parsons International respectively.