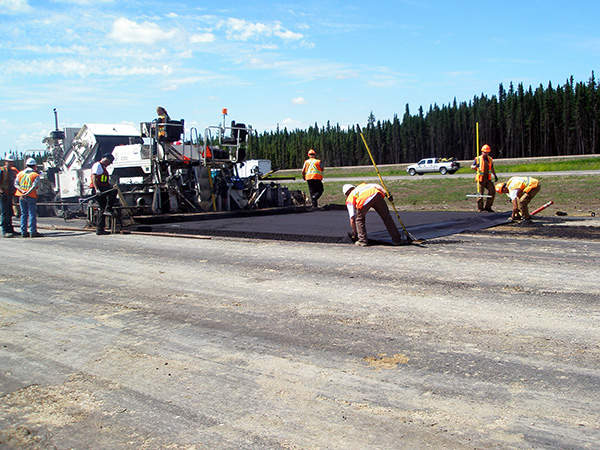 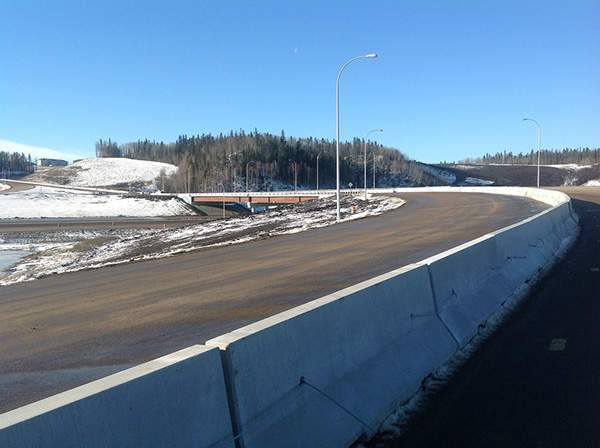 The Alberta Highway 63 stretches 443km and is operated and maintained by Transport Authority of Alberta. Credit: Government of Alberta. 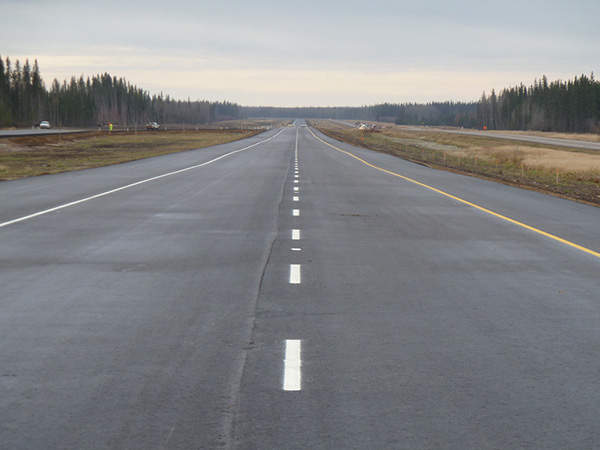 A section stretching 36km on the Alberta Highway 63 was twinned and opened in October 2012. Credit: Government of Alberta. 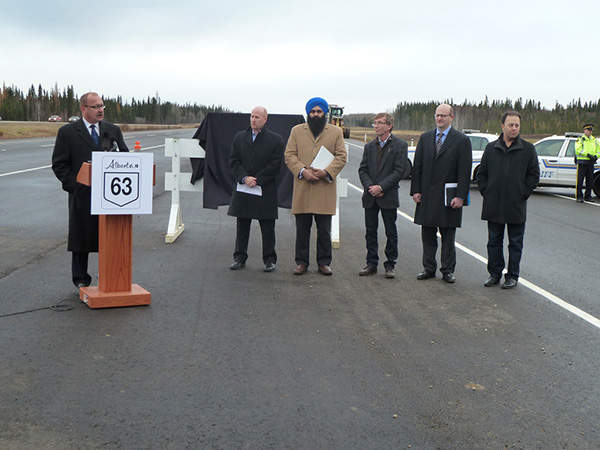 A $778m twinning project on 188km section of the Alberta Highway 63 was started in late 2012. Credit: Government of Alberta.

Alberta Highway 63 is a north-south highway in northern Alberta, Canada. It begins at an intersection of Highway 28, approximately 6km (3.7 miles) south-west of Radway, and passes through Boyle and Fort McMurray, ending 16km (9.9 miles) north of its second crossing of the Athabasca River near Fort MacKay.

The 443km highway is operated and maintained by the Transport Authority of Alberta. The number of sections of the highway has been expanded to four lanes since 2002.

Project details and history of Highway 63 twinning and improvements

The growth of the oil-sands development in the Wood Buffalo region has resulted in a higher than expected growth in traffic on Highway 63. Heavy trucks carrying equipment for the oil-sands projects occupy the existing two traffic lanes, which causes traffic delays.

Most of the highway is a two-lane undivided road, except the 55km section from south of its intersection with Highway 881 through Fort McMurray to the south of Fort MacKay. Further, being the only all-weather road from Fort McMurray, Highway 63 has become a crucial link.

The provincial government announced in February 2006 the expansion of Highway 63 from a two-lane undivided road to a four-lane divided highway starting from Atmore, which is located just south of Fort McMurray. The twinning work began in 2006 and was estimated to take at least five years to complete. Meanwhile, many improvement projects were completed to enhance the operation of the highway.

Two new interchanges at Thickwood Boulevard and Confederation Way were completed between 2008 and 2012 at a cost of $220m. An $84m twinning project of the highway to the north of Wandering River started in 2009 and was completed in 2012.

A twinning project on a 188km two-lane section of highway between Grassland and Fort McMurray started in late-2012. The $778m project was completed in May 2016.

Contractors involved with the Alberta Highway 63 expansion and improvements

Prairie Roadbuilders were the contractors for the 36km twinning north of Wandering River. Ledcor, a construction company was also involved in the 36km tuning project.

Flatiron Construction was the contractor for the construction of the Grant MacEwan Bridge over the Athabasca River.

South Rock was the construction contractor for the two new interchanges at Thickwood Boulevard and Confederation Way. Carmacks was awarded the contract for the widening of the last section of Highway 63.