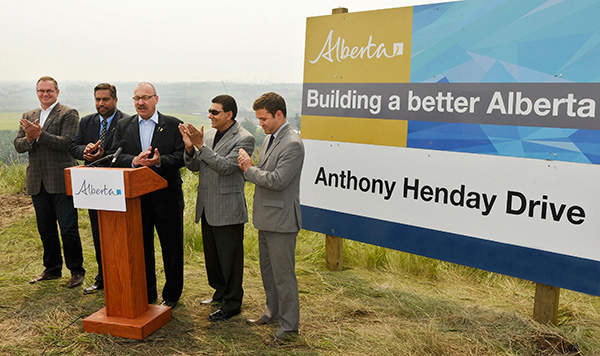 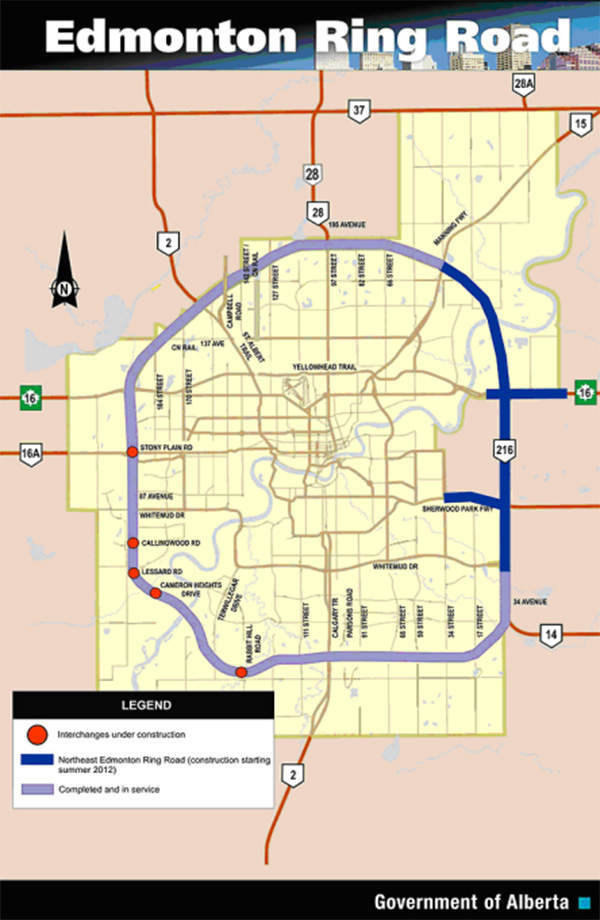 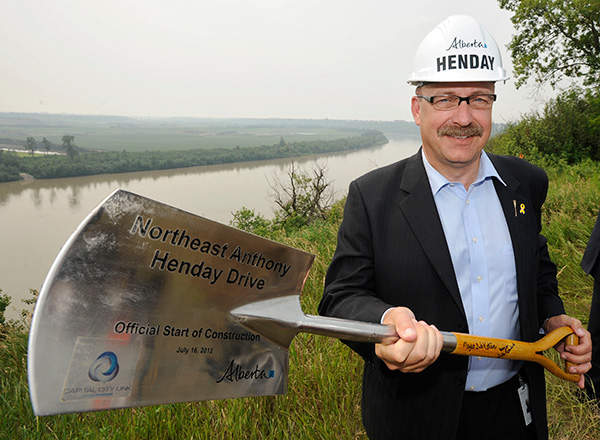 The north-east segment of the Anthony Henday Drive was completed by October 2016. Credit: Government of Alberta. 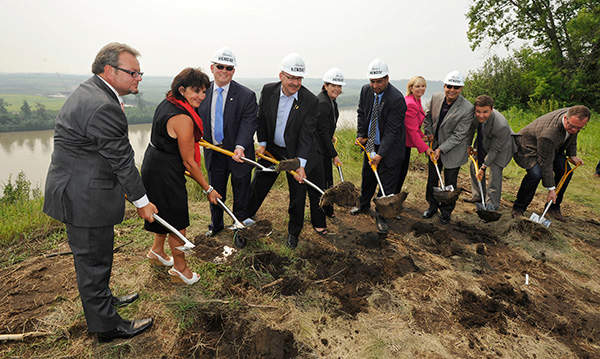 The sod-turning ceremony on the final segment of Anthony Henday Drive was held in July 2012. Credit: Government of Alberta.

Edmonton Ring Road, also referred to as Anthony Henday Drive (named after the first explorer of north-west Canada), is a highway encircling the city of Edmonton, Alberta, Canada. The 78km road opened to traffic in October 2016.

The 27km-long final segment of the project was constructed as part of a 34-year public-private-partnership (P3) contract signed in 2012 between the Alberta Government and Capital City Link Group.

The proposals to build a ring road around Edmonton date back to the 1970s. Land for the project was purchased under the Transportation and Utility Corridor programme. These proposals were taken into consideration in March 2004 with the commencement of planning on the south-east leg of the ring road. It was the first P3 project in Alberta.

A consortium of Access Roads Edmonton acted as the design, build and operating contractor for the segment. Funding for the segment was extended by Macquarie Essential Assets Partnership (MEAP).

The north-west segment of the ring road stretches 21km between Yellowhead Trail and Manning Drive Freeway. Tenders for the project were issued in July 2007 and it was built under P3. Land acquisition for the segment’s construction, which includes five flyovers, eight interchanges, 27 bridge structures and no traffic signals, was completed by August 2007.

In July 2008, NORTHWESTCONNECT General Partnership was selected as the preferred bidder amongst three groups qualified with a bid price of $1.42bn. Construction of the segment was completed in November 2011.

Construction details of the north-east segment

Capital City Link Group won the bid for the construction of the north-east segment of the ring road in May 2011. Financial closure was achieved in May 2012 and the contract was valued at $1.81bn.

The P3 model helped to complete the construction three years earlier than the conventional method. The sod-turning ceremony of this 27km final segment of the ring road was held in July 2012.

A joint venture (JV) between Flatiron Constructors Canada, Dragados Canada, Aecon Construction Management and Lafarge Canada was subcontracted for the design and construction of the project. HOCHTIEF PPP Solutions North America, ACS Infrastructure Canada, and MNII Canada I are the project leads.

Financing for the project was managed by ACS Infrastructure Canada. Volker Stevin Contracting is responsible for the operation and maintenance. The construction was managed by Flatiron Constructors Canada, Dragados, Aecon, and LaFarge. AECOM, Stantec, MMM Group, AMEC, EBA Engineering, and Buckland and Taylor are the designers of the project.