Federal Government of the United States 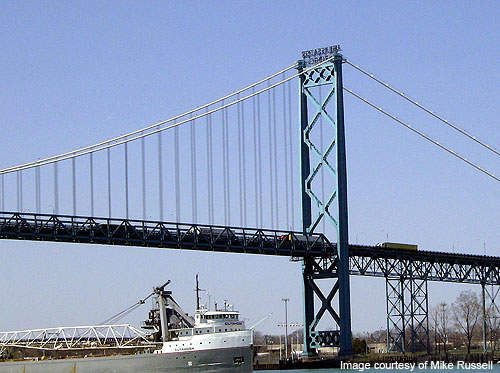 The I-75 Ambassador Bridge Gateway Project is the largest project ever undertaken by the Michigan Department of Transportation. 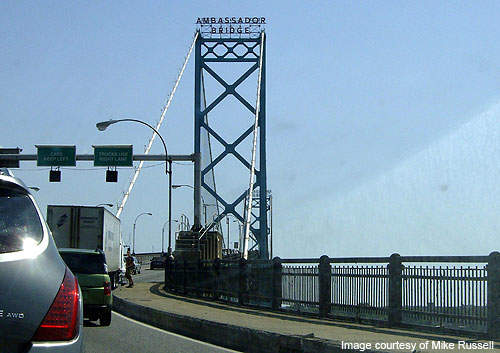 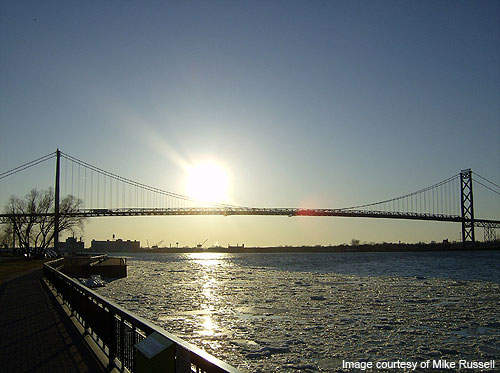 The project provides better connectivity between the I-75/I-96 and the Ambassador Bridge. 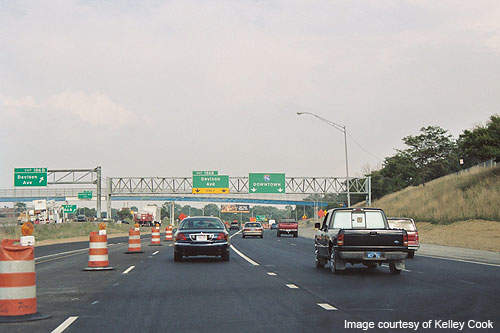 Reconstruction of the I-75 and I-96 freeways was carried out under Phase 4 of the project.

The I-75 Ambassador Bridge Gateway Project is located in Michigan, US. It is the largest project ever undertaken by Michigan Department of Transportation (MDOT).

The project provides enhanced connections between the US and Canada, Detroit and Windsor, the freeways I-75 and I-96 and the Ambassador Bridge and Mexicantown areas of Detroit.

The Ambassador Bridge, along with the I-94 and I-75 / I-96 freeways, is a major section in the North American trade route.

The bridge is crossed by thousands of vehicles each day and approximately 11m vehicles each year. Expansion on this route will ease traffic congestion and also contribute to regional growth and economic development. The project is estimated to cost $230m.

The Gateway Project was completed and all roads were opened to traffic by the end of 2009.  Landscaping and clean up works are, however, pending and will be carried out throughout 2010.

“The Gateway Project was completed and all roads were opened to traffic by the end of 2009.”

MDOT unveiled the Gateway Project expansion plan in 1994. The project was approved by the Federal Highway Administration in 1997. The construction work was planned in four phases.

The first phase involving the rehabilitation of Fort Street from Rosa Parks Boulevard to Clark Street was completed in 2003.

The West Grand Boulevard Bridge over I-75 was reconstructed during the second phase of construction in 2004. I-75 and I-96 South Bound Service Drive, and the I-96 off ramp were reconstructed in the Phase 3.

Phase 4 commenced in July 2007. It included the reconstruction of I-75 and I-96 freeways, construction of a new interchange for the bridge and local access, and a new pedestrian bridge over I-75 and I-96 connecting east and west Mexicantown in south-west Detroit. The Ambassador Bridge Plaza was also redesigned to improve safety and ease traffic flow.

A key object in the five year plan of MDOT, the Gateway Project is expected to have  significant positive economic impact on the region. The project is intended to increase the state GDP and personnel income over the next five years.

Phase 4 was the most extensive stage in the project. It involved the reconstruction works from Clark Street to 14th Street on the I-75 freeway and from I-75 to Warren Avenue.

The works including reconstruction and reclamation of over 20 bridges, construction of the new Bagley Avenue pedestrian bridge and three miles of retaining walls between Hubbard and West Grand Boulevard were also carried out in the final phase.

A new cable-stayed Mexicantown Bagley Avenue Pedestrian Bridge was built as part of the I-75 Gateway Project.

The cable-stayed bridge was designed by Michigan-based architecture firm VanTine Guthrie (now InFORM Studios). Lafarge North America, the largest supplier of cementitious materials in the US and Canada, supplied high-performance Tercem 3000 cement blend for the bridge.

The pedestrian bridge raises 150ft from the freeway floor and features a 407ft long structure spanning I-75 and I-96 freeways.

HNTB Corporation was involved in the design and engineering of the reconstruction project. Michigan-based Walter Toebe Construction was appointed as the prime contractor and was responsible for performing all the structural demolitions.

Other subcontractors including Ace Steel Erection and Ajax Paving Industries were involved in the re-steel installation and bituminous work respectively. The Atsalis Brothers performed painting works and Hardman Construction carried out the sheeting.

The $230m project was financed by MDOT with the assistance of Federal Highway Administration. In 1998, the project became eligible to receive funds from federal transportation programmes under Transportation Equity Act for the 21st Century.

The federal highway legislation provides a major part of funding for the project.