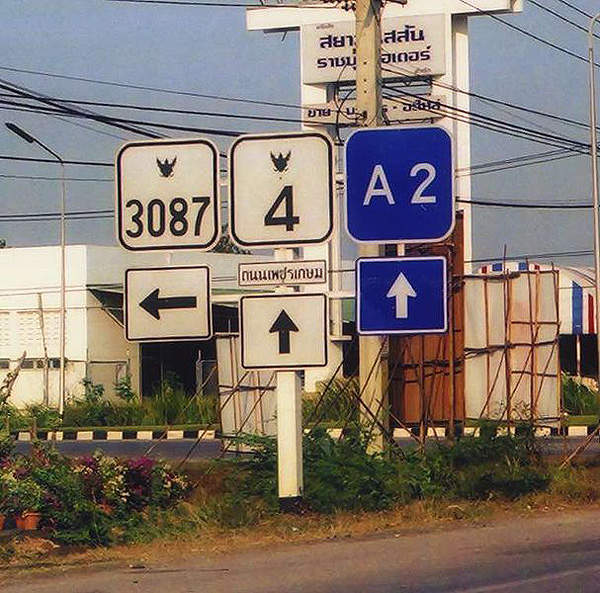 The AH2 is a 13,177km stretch from Denpasar in Indonesia to Khosravi, in Iran. Image courtesy of Ahoerstemeier. 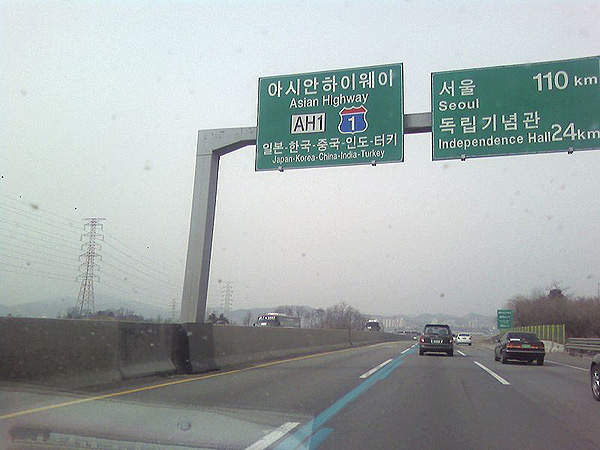 The AH1 is the longest among the entire network and passes through Korea, China, south-east Asia, India, Pakistan, Afghanistan and Iran. Image courtesy of Changwoo0120.

The Asian Highway Network (or the Great Asian Highway) is a 141,000km network of roads running across 32 countries. It is being built with an intention to improve transport facilities throughout these nations and provide road links to Europe.

The Asian Highway Network is a part of the Asian Land Transport Infrastructure Development (ALTID) project being supported by United Nations Economic and Social Commission for Asia and the Pacific (ESCAP).

The ALTID programme comprises of three projects, the other two being the Trans-Asian Railway and facilitation of land transport projects. The intention of the ALTID programme is to provide a cost effective transport link for domestic and international trade.

Fifty year history of the Asian Highway Network and IGA

The Asian Highway project was initiated in 1959. For a decade from 1960 to 1970, the first phase of the project progressed well. The work slowed down with the suspension of financial assistance in 1975.

The project again gained momentum in the 1980s and 1990s with new political and economic developments. The Asian Highway project was made part of the ALTID programme in 1992.

The Intergovernmental Agreement (IGA) of the project was adopted at a meeting held in Bangkok in November 2003. As many as 23 countries signed the IGA treaty during the 60th session of the ESCAP commission held in Shanghai in April 2004. The number of participating countries increased to 28 in 2007 and to 32 in 2008.

The whole length of the project is divided into various stretches, numbered from AH1 to AH87. Single digit roads are major roads in the network which connect more than one sub-region. The AH1 is a 20,557km highway from Tokyo to the Turkey-Bulgaria border. It is the longest among the entire network and passes through Korea, China, south-east Asia, India, Pakistan, Afghanistan and Iran.

AH2 is a 13,177km roadway from Denpasar in Indonesia to Khosravi in Iran. It passes through Indonesia, Singapore, Malaysia, Thailand, Myanmar, India, Bangladesh, Nepal, Pakistan and Iran.

The 7,331km AH3 runs from Ulan-Ude in Russia to Tanggu in China and from Shanghai in China to Chiang Rai in Thailand and Kengtung in Myanmar. The AH4 is a 6,024km route from Novosibirsk in Russia to Yarantai in Mongolia, and then from Urumqi in China to Karachi in Pakistan.

The AH5 is 10,380km long from Shanghai in China to the Turkish-Bulgarian border. It passes through Kazakhstan, Kyrgyzstan, Uzbekistan, Turkmenistan, Azerbaijan and Georgia. It connects to AH1 at the west of Istanbul.

The 10,475km AH6 connects from Busan, South Korea, to the Russia-Belarus border. It mostly coincides with the Trans-Siberian Highway and European Route E30.

AH7 is a 5,868km highway between Yekaterinburg in Russia and Karachi in Pakistan. The AH8 is a 4,718km route from the Russia-Finland border to Bandar Imam in Iran.

Road-type classifications and standards across the Asian Highway Network

Various classification and design standards were put forth for constructing new roads and upgrading existing ones. The whole network is classified into four types: primary, class I, class II and class III.

Primary class are access-controlled highways, where two-wheelers, lightweight vehicles and pedestrians are not allowed. The speed limit for these roads varies between 60 and 120kmph. They are laid with asphalt or cement concrete.

Class III roads are two-lane roads built using double bituminous treatment. The speed limit is 60kmph. Class III is the minimum desirable standard and is preferred where the funding is less or land for the construction is limited.

More than 18,162km is in the primary class, while 22,000km of the network, which are below class III standards, need to be upgraded.