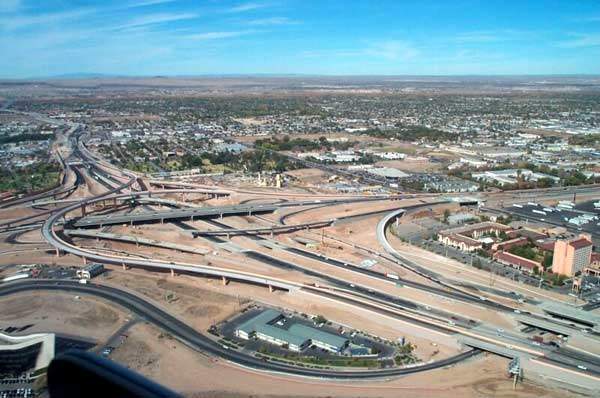 During the Big-I reconstruction project in Albuquerque, New Mexico, extensive use was made of an Intelligent Transportation System to collect traffic data and publish relevant construction related messages for motorists. 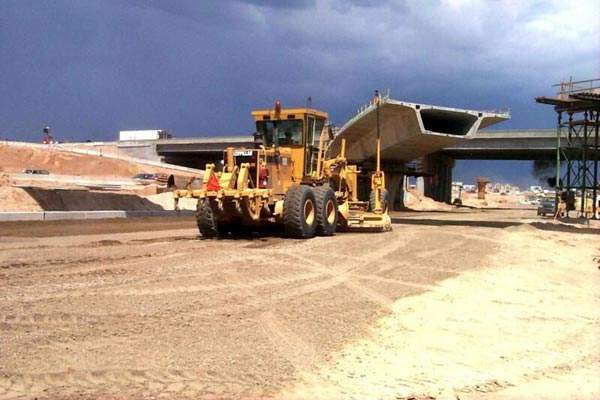 The project included the construction of new bridges and road reconstruction over two years at a total cost of around $293 million. 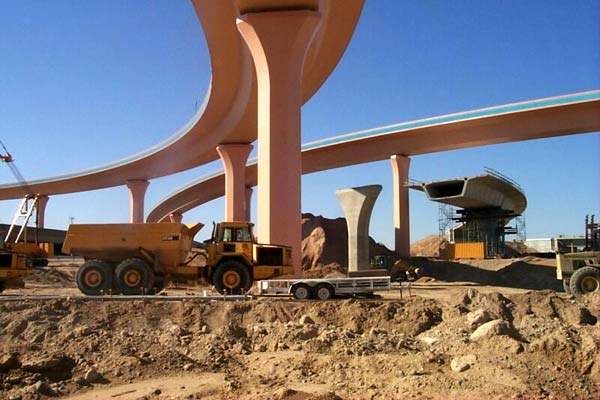 During the construction period, various traffic data was collected with CCTV surveillance cameras and sensors. 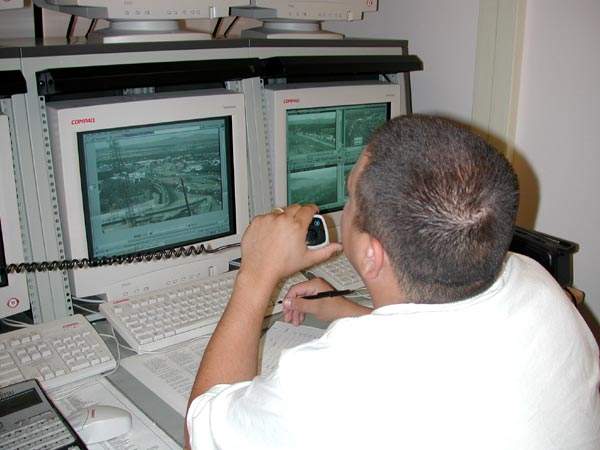 Traffic data can be accessed remotely or in the traffic operations center, where staff have the option to dispatch police, auxiliary services and on-site courtesy patrols. 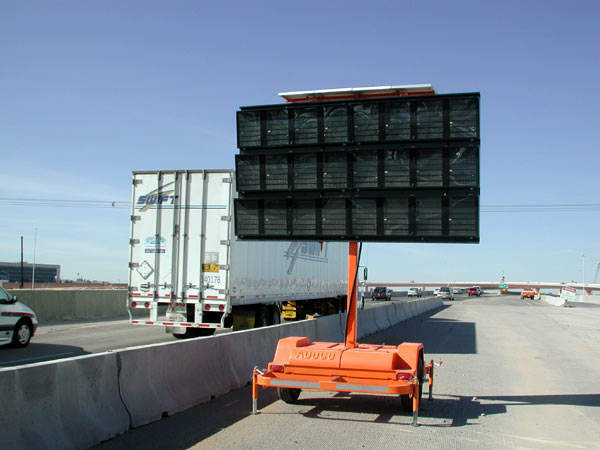 Portable variable message signs can be placed whenever the need arises for signage but no fixed message sign is installed. 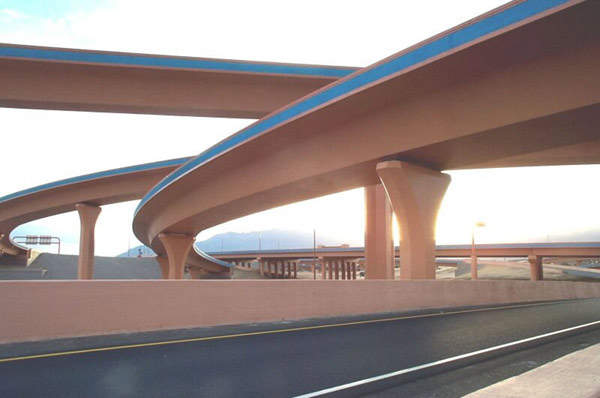 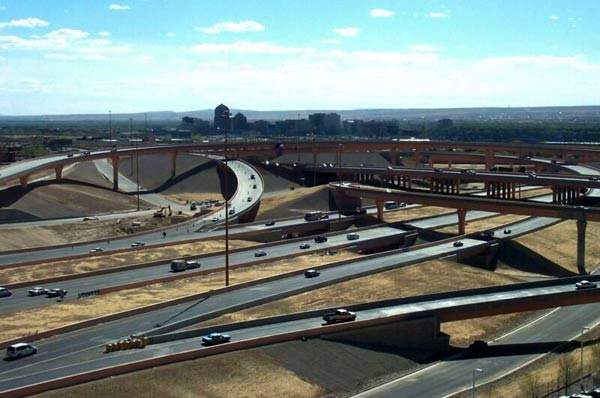 The Big-I area design capacity after the project is 400,000 cars per day. 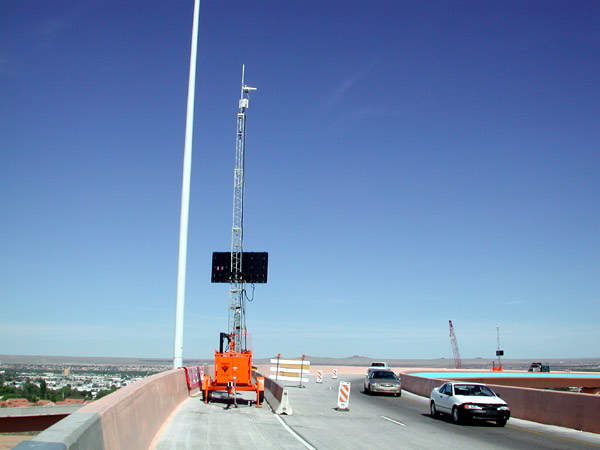 The system can automatically generate traffic messages for publication on variable message signs.

As part of the Big-I reconstruction in Albuquerque, New Mexico, which was carried out between June 2000 and spring 2002, extensive use was made of an intelligent transportation system (ITS) to collect traffic data and publish relevant construction-related messages for motorists through a variety of media, including variable message signs, the Internet and local media.

“The project included the construction of 45 new bridges and 111 miles of road reconstruction over the two-year duration of the project.”

To allow for this increase in traffic, the project included the construction of 45 new bridges and 111 miles of road reconstruction over the two-year duration of the project, at a total cost of around $293m.

The ITS installation comprised various means of data collection including CCTV surveillance cameras and sensors, and their connection to a windows based data system as well as the provision of traffic data through variable message signs, the internet and local media (highway advisory radio – HAR).

The new ITS system took a little under three and a half months to install, from the concept to full installation and operation. Each VMS and camera site took three days to set up and each portable smart zone took about half a day to install.

In addition to the ITS, a further system introduced at the time of the Big-I project was the Highway Emergency Lender Patrol (HELP) programme, which consisted of two fully equipped rescue vehicles patrolling the Albuquerque Metropolitan area. More of these vehicles were set up during the course of the project. When the project was completed they were given to the NMSHTD by the Federal government.

The traffic management system was installed prior to commencement of the construction works on 30 June 2000. The installation included non-intrusive field components that were connected via a network and also had an IP address assigned, allowing for remote diagnosis of equipment. The CCTV cameras have remote pan (360°), tilt (90°) and zoom (16x optical zoom) controls and operate alongside sensors.

The devices are connected through spread-spectrum radio communications and the entire system has the ability to be operated through a windows-based user interface, from the traffic operations centre or even by remote access, which allows for the system being used from virtually any location.

The variable message signs installed as part of the Big-I reconstruction project were BRICK Modular Message Signs. Supplied by ADDCO, they can display both text and simple graphics. The signs were made up of various display modules, approximately 19in by 14in, which consisted of light-emitting diodes (LEDs) covered by a polycarbonate and thermoplastic casing.

A message sign was able to be reconfigured to a variety of different rectangular sizes and shapes by regrouping the display modules to the necessary configuration. The message sign is connected to the traffic management system via a master controller and is able to receive instructions via any device in the network such as desktop and laptop computers as well as wireless devices.

Additionally, portable variable message signs can be placed whenever the need arises for signage but no fixed message sign is installed. The portable signs communicate with the system via a wireless modem link.

The system tends to use rechargeable solar cells for power and communication is via spread spectrum radio, wireless Ethernet applications and cellular digital packet data (CDPD).

Traffic data is accessed in the traffic operations centre by staff for around 15h/day who can assess incidents and also have the option to dispatch police, auxiliary services and on-site courtesy patrols specifically introduced for the Big-I project. With the system installed, average incident response times were reduced to less than eight minutes.

Facilities include two dual-monitor workstations and a wall-projector. Authorised staff have remote access to the system, which is designed to automatically disseminate information to road users and other parties through variable message signs and via the internet.

The Big-I reconstruction project entailed the complete reconstruction of the I-25 and I-40 Interchange near downtown Albuquerque and included 111 lane miles of new road as well as a new frontage road system. Ten bridges were rehabilitated and 45 bridges newly constructed, including eight flyovers that route drivers between the two interstates. The Big-I area design capacity is 400,000 cars per day.

The traffic management system was designed and installed by ADDCO, Inc., including field devices, software and variable message signs.