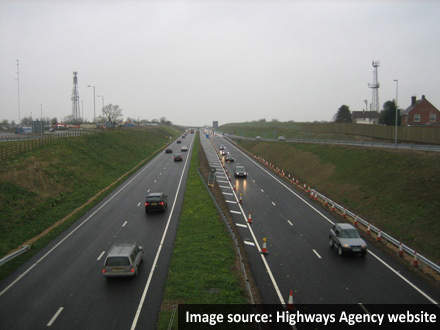 The southbound carriageway from Castle Eaton Junction to Turnpike is now open.

The A419 Blunsdon Bypass is undergoing a £65.5m scheme designed to remove congestion and provide a fast-moving through route. 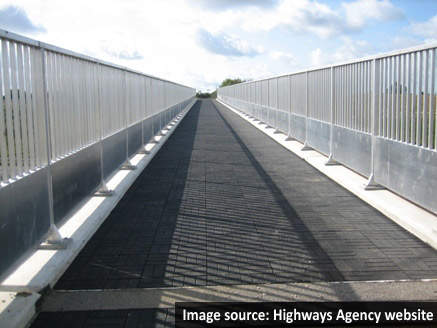 The new southbound carriageway was opened to traffic on 15 November 2008. 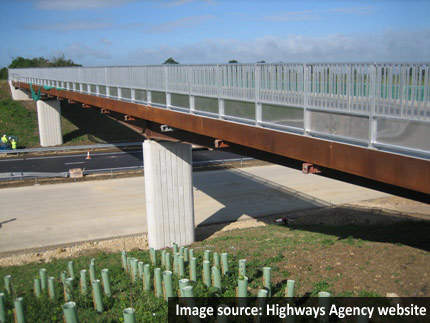 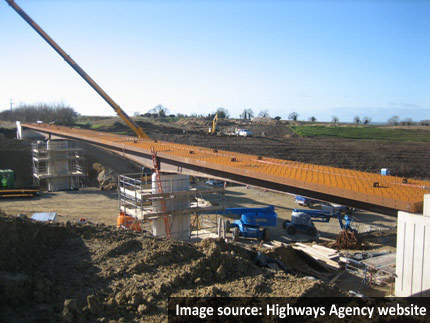 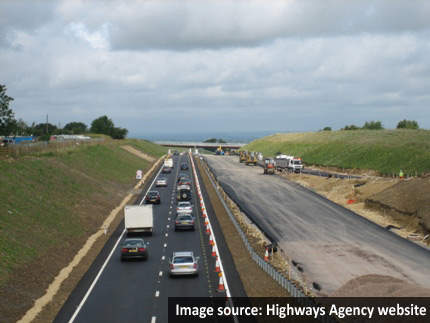 Traffic began using the northbound carriageway of the bypass in June 2008.

The A419 trunk road is an important dual carriageway route that links the M4 and M5 motorways. The road passes through Cirencester and Stroud then terminates on the outskirts of Gloucester close to junction 11A with the M5.

The majority of the road had already been improved, but the A419 at Blunsdon was one of the remaining bottlenecks on the route. Before construction work started on this section in September 2006, the A419 section at Blunsdon was limited to a 50mph speed limit. The section is part of an ancient road route and follows the line of the Roman road Ermin Street past the edge of Blunsdon village.

The major difficulties were traffic congestion and delays at the Turnpike Roundabout and at the junction with Lady Lane. The area suffered from poor air quality and high noise levels with the excessive number of stationary vehicles at certain times (parts of the surface are paved in concrete, which contributes to traffic noise).

“Construction of the bypass began on 18 September 2006 and the project was completed and open to traffic in the winter of 2008-09.”

The £65.5m scheme was designed to remove congestion and provide a fast moving through route. A dual carriageway bypass to the west of Blunsdon is being constructed and at the southern end the Turnpike Roundabout is being replaced by a two-level grade separated junction, which will be signal controlled with a connecting local road. The first junction will be at Turnpike and the other will be close to Lady Lane.

The Lady Lane Junction also includes a new bridge over the bypass (opened in May 2008), which allows access to Blunsdon and Swindon and free flowing traffic on the A419.

The Turnpike Junction maintains access to Cricklade Road and Thamesdown Drive and there will be a dedicated pedestrian/cycle way on the local connecting road.

The project also includes a bridleway bridge at the end of Widhill Lane allowing pedestrians to cross the bypass. At the north end of the bypass, an under-bridge will be installed to provide access to the landfill site and Upper Widhill Farm. As a result of the project, the majority of the existing dual carriageway section will be downgraded.

The 52km A419 (47km dual and 5km single carriageway) is managed and maintained by Road Management Services (Gloucester) Ltd (a consortium of AMEC, Alfred McAlpine, Brown and Root and Dragados) under a design build finance operate concession lasting until 2026 on behalf of the Department of Transport.

A design life of 15 years (year 2023) was used for the junction to arrive at the proposed capacity by testing busy peak traffic hours. According to the assessment, the Lady Lane Junction will experience a maximum queue of eight vehicles on the A419 southbound off slip. The Highworth Road approach to the junction is projected to experience the longest queue with 21 vehicles in two lanes by 2023.

Construction of the bypass began on 18 September 2006 and the project was completed and open to traffic in the winter of 2008-09. A public consultation on the project drew a positive response of 85%. The preferred route for the bypass was announced in April 2002 and in August 2003 the contractors were announced.

“On November 15 2008, the new southbound carriageway connecting Turnpike from the Castle Eaton junction was opened.”

Alfred McAlpine (acquired by Carillion plc in February 2008 for £572m) was the general contractor, Mouchel Parkman the designer and Nicholas Pearson Associates the environmental consultant.

The scheme was run under an early contractor involvement scheme. The draft orders and environmental statement were published in March 2005 and a public inquiry was held in November 2005.

By June 2008, traffic was using the northbound carriageway for the first time and a new road layout had been introduced, which has diverted traffic away from Blunsdon and allowed work on the removal of the turnpike roundabout to continue.

On November 15 2008, the new southbound carriageway connecting Turnpike from the Castle Eaton junction was opened for traffic.

A related A419 project in Swindon is the £15m flyover at Commonhead, which is one of the main junctions for southwest Swindon and an additional congestion problem. This flyover was constructed by Alfred McAlpine and opened to traffic in February 2007. The roundabout below the structure caters for a fraction of the previous traffic and its three sets of traffic lights have been decommissioned.

The Highways Agency has constructed two bridges to carry the A419 dual carriageway over the Commonhead junction.