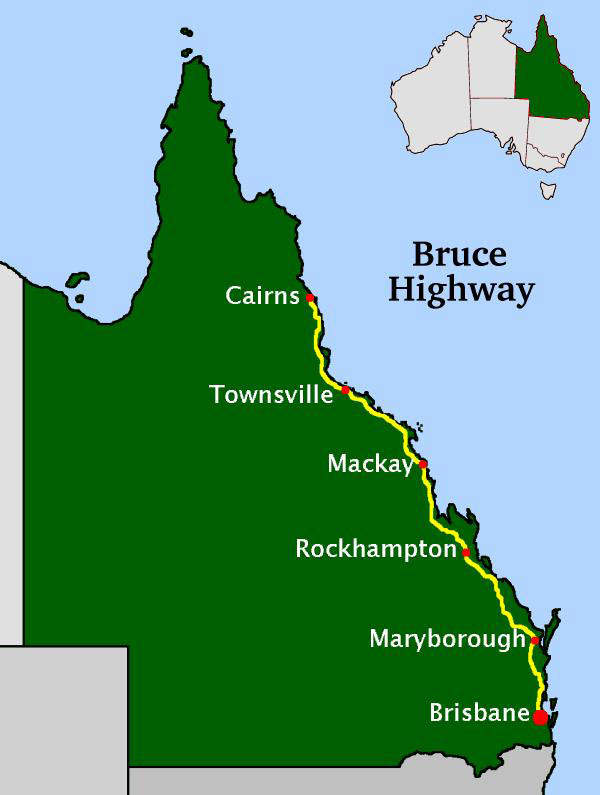 The Bruce Highway is a 1,670km-long major highway connecting Brisbane and Cairns in the Australian state of Queensland. Credit: Gaz. 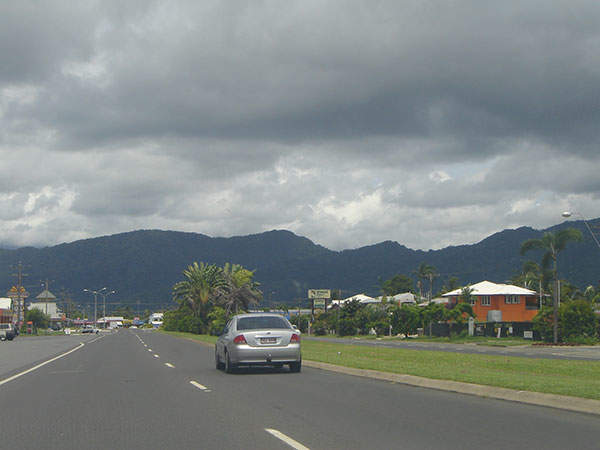 The federal government is investing approximately $2.8bn under a capital works programme for the upgrades of Bruce Highway. Credit: Frances76. 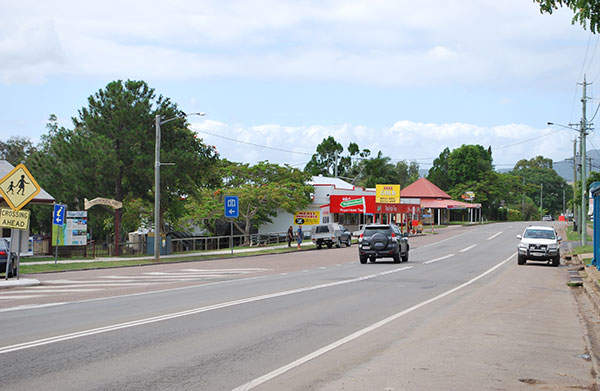 The Bruce Highway through the township of Tiaro waswill be upgraded in September 2012. Credit: Mattinbgn. 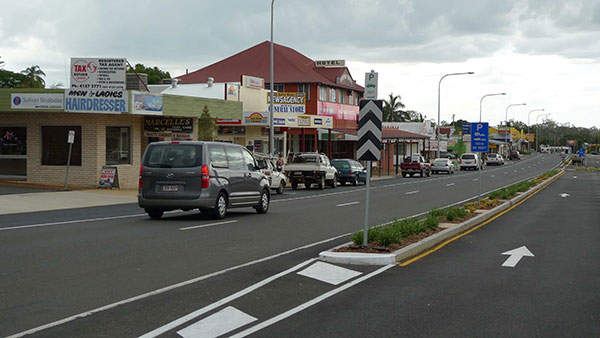 The southern approach to Gin Gin is provided with a new and improved road alignment as a part of Bruce Highway upgrade. Credit: Mattinbgn.

Bruce Highway is a major north-south corridor in Queensland, Australia. Connecting Brisbane with Cairns, it passes through the major cities, including Maryborough, Rockhampton, Mackay and Townsville.

The 1,670km-long highway is a part of the National Land Transport Network. It is named in honour of the former Queensland and federal politician Henry Adam Bruce.

Bruce Highway is a vital link for 11 coastal ports and west-east freight movements. It provides key linkages between inland production areas and towns. The highway connects the ports and business centres within south-east Queensland, offering access to many coastal tourist attractions in the region. It also serves as a local roadway for many regional communities.

The highway carries huge traffic volumes daily, with the north of Brisbane segment witnessing more than 100,000 vehicle movements each day.

The traffic volumes on the highway are expected to grow by more than 3% a year to 2025, which calls for upgrades to ensure safe, reliable and efficient passenger and freight transportation between regions.

Upgrade projects along the Bruce Highway

The Australian and Queensland Governments have committed to upgrading the Bruce Highway through the 2007 Brisbane-Cairns Corridor Strategy. The Bruce Highway Upgrade Strategy provides a long-term master plan to enhance the safety, capacity, transport efficiency and flood resistance of the roadway. The federal government has committed $2.8bn for the upgrades of the highway, under the capital works programme.

The transport authorities have either commenced or have completed several Bruce Highway upgrade projects during recent years.

Some of the major projects include the $115m realignment at the Cardwell Range, flood immunity and safety upgrades from Townsville to Cairns, Douglas Arterial duplication, the $205m road widening between Uhlmann Road and Caboolture, the $71m duplication of a two-lane road on the Gympie urban section and the construction of a two-lane motorway from Upper Ross River Road to Shaw Road.

The Queensland government initiated the $150m Cairns Bruce Highway upgrades in October 2011 to improve the road conditions on the 3.4km segment between Sheehy Road and Chinaman Creek.

Construction on the major north-south corridor

The Cooroy to Curra project is divided into four segments, namely Sections A, B, C and D. The realignment and full duplication of the Bruce Highway between Sankeys and Traveston Road began in late 2009 and the section was opened to traffic in December 2012. The project is also known as Cooroy to Curra, Section B. Abigroup completed the earthworks and drainage components of the Section by 2010. The works included the construction of three new bridges and a new 12km segment of highway.

The $513m Cooroy to Curra Section B project was jointly funded by the federal ($388m) and Queensland ($125m) governments. The upgrade was completed in December 2012.

Construction began on the 13.5km-long Section A between Cooroy southern interchange and Sankeys Road in July 2013. The new section was opened to traffic in April 2017.  The $490m upgrade was completed in May 2017. Works on Section C between Traveston and Woondum commenced in March 2016 and are expected to be complete by early-2018.

The detailed design of section D between Woondum and Curra, including the Gympie bypass, began in May 2016 and is expected to be complete by early-2018.

The upgrade of Bruce Highway through the Wide Bay township of Tiaro was completed in September 2012.

The work on the upgrades of Bruce Highway at the southern approach to Gin Gin involved the construction of new and improved road alignment, improvisation of Bundaberg-Gin Gin Road intersection and installation of signage and lighting. The construction started in October 2012 and was completed in January 2014.

The duplication of the Bruce Highway between Temples Lane and Farrelly’s Road was completed in September 2013.

Approximately ten kilometres south of Childers, the new higher bridge across the Isis River was completed in September 2011. The project replaced the earlier narrow low-level bridge with a new wider four-span bridge, with new approaches on an amended alignment.

The Queensland government opened the tenders for the widening of the existing bridge across Wrights Creek, as well as straightening the approaches in June 2012.

The upgrades duplicated the width of the bridge to 15m to ease congestion and allow bigger trucks to cross the bridge.

The construction was completed in June 2015.