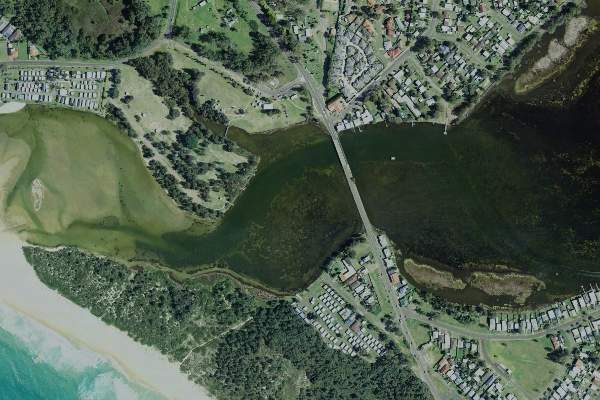 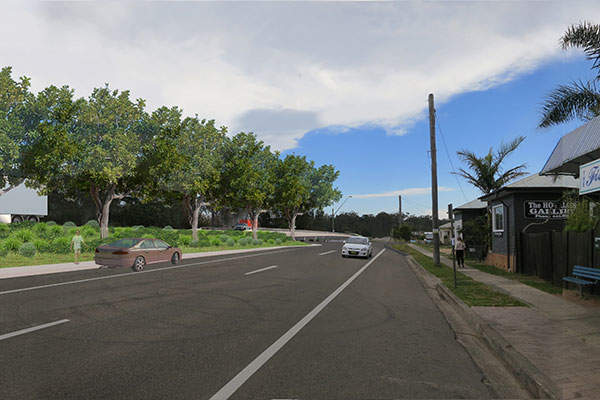 An artist’s impression of the new bridge from the northern side of the lake. Credit: Roads and Maritime Services, NSW. 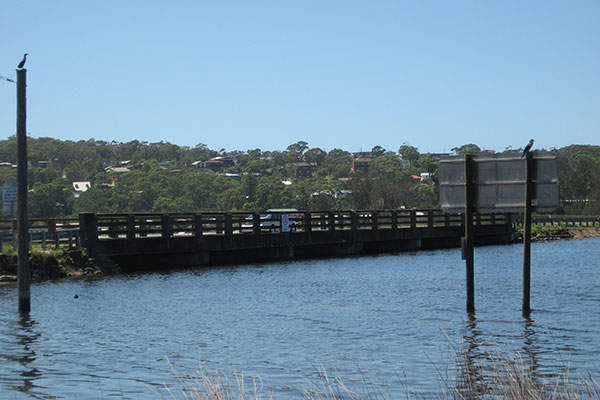 Existing bridge from the south side of the lake. Credit: Roads and Maritime Services, NSW.

Burrill Lake bridge is located on the A1 Princes Highway, 4km south of Ulladulla in New South Wales (NSW), Australia.

The A1 Princes Highway crosses Burrill Lake on a causeway and long low-level bridge and is the key transport corridor on NSW’s south coast.

The original bridge was more than 50 years old and handled 8,000 vehicles a day until it was replaced. Though it was structurally in good condition, significant maintenance was thought to be essential to enhance its longevity.

However, after considering all possible options, the Roads and Maritime Services, in association with the NSW government, decided to replace the existing bridge with a new structure.

Major works related to the project began in April 2016. The new bridge was opened to traffic in late 2017, while the project was completed in March 2018.

The original Burrill Lake bridge was a 54.86m-long composite pre-stressed structure built in 1958.

It had an 8.5m-wide carriageway, a 1.53m-wide footway on the west side and a 150m-long causeway to the north. Reinforced concrete safety barriers were located on each side of the bridge.

The bridge was supported by 15m-long concrete piles, which were driven into the floor of the lake.

Twenty-four of the total 35 piles were in bad shape due to the weakening of the concrete caused by the curing process. This type of concrete deterioration is called delayed ettringite formation (DEF).

This required the bridge to undergo significant maintenance to increase its life, even though the DEF did not pose any immediate threat to the structural integrity of the bridge.

The bridge was also prone to flooding, being one of the most low-lying bridges on the Princes Highway.

Roads and Maritime conducted a series of investigations to decide whether to maintain the existing bridge or to replace it. Since the maintenance option would not mitigate the risk from floods, the department decided to build a new bridge.

Features of the new bridge over Burrill Lake

Roads and Maritime Services developed a concept design for the new bridge after conducting a range of technical, economic and social investigations and compiling community feedback.

Roundabouts were constructed on either side of the crossing to connect the Princes Highway to local roads.

Pedestrian and cycle paths were laid on the new bridge, which connects to the new paths on both sides and links to the Ulladulla cycle path.

Below both ends of the bridge are pedestrian paths and five locations for pedestrians to safely cross the highway.

The bridge and highway are higher than the predicted 1-in-100-year flood level in order to reduce the impact of flooding.

Fishing platforms and picnic areas were created on the foreshore.

The new higher bridge improves the overall reliability of the Princes Highway on the south coast by reducing future maintenance issues.

The bridge is also safer as it is constructed above the predicted flood level. Provision of new intersections improves road safety and pedestrian and cyclist access.