Not yet decided (possibly Parkeon Inc or Dambach) 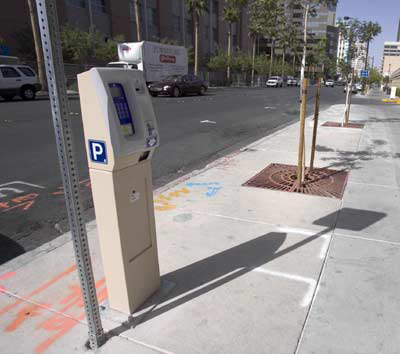 How the parking meter system will be installed in Calgary. 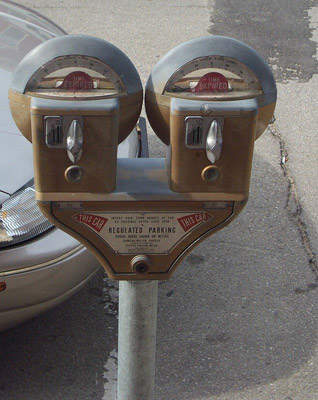 The old-style parking meters of Calgary are being replaced. 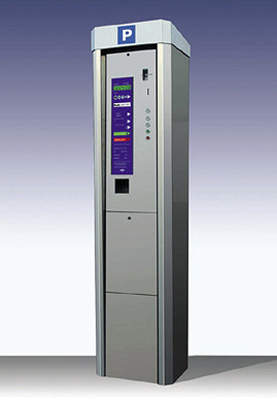 The Parkline 3000: one of the possible choices for the pay and display machine. 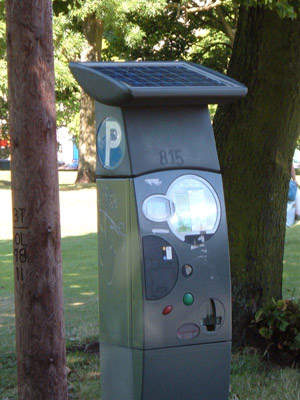 The Stelio: another possible choice for the pay and display machine.

Calgary Parking Authority (CPA) has launched a new pay and display parking meter system called ParkPlus System in 2007 to replace the outmoded mechanical parking meters that cause so many problems.

The system will mean that no more tickets are issued on windscreens for parking offences, instead parking officials will input licence plate numbers during their rounds and at the end of the shift the CPA computer will decide whether the vehicles were registered as having paid and if not they will be sent a ticket in the mail.

"The new system has been estimated to cost $5m and will significantly reduce the frustration attached to parking in Calgary."

The new system has been estimated to cost $5m and will significantly reduce the frustration attached to parking in Calgary.

The system means that upon parking a driver may pay at the pay and display machine by whatever means he chooses (and display the receipt on the dash) but also if the ticket runs out of time before they have returned they can set up a virtual system on their mobile phone to pay extra and extend their parking time without having to return to their vehicle.

The parking authority started installing nine pay machines along eighth avenue in early 2007. After a trial roll out on a few streets such as Kensington and 17th avenue to iron out any bugs in the system, currently 4,400 parking meters have been replaced with 500 CWT (Cale WebTerminal) 2115 model machines.

The machines are robust to stand up to the Calgary winter, modular so that the parking system can be modified, solar powered, and plug and play so that the system network of machines can be easily set up and require the minimum of maintenance.

Another change being made by the CPA is due to the fact that Canadian cars are getting smaller the set parking stalls along the street are to be removed so that more cars can squeeze into a block as they will not be restricted as to where a meter is situated.

By removing parking meters, 20% more parking spaces have been charted, according to Dale Fraser, general manager of Calgary Parking Authority.

Up until 31 January 2009, about $940,000 had been refunded to cell phone account holders who call to deactivate their parking session before they expire.

"The parking authority is due to start installing the new machines in early 2007."

The tyre-chalking system introduced by the CPA is an automated system for determining parking violations. It is a response to residents and business owners who have time-restricted or residential parking zones near their homes or businesses. If a vehicle is illegally parked in these zones the CPA responds and fines the offender.

"The parking authority is due to start installing the new machines in early 2007."

The fine amount remains at $50 for parking in excess of a posted time limit in a residential community. The trial will be operated in areas where business owners and residents have expressed concerns about overtime parking such as LRT stations and other high-traffic areas around educational institutions and hospitals. Additional services include the Park Aid team, who will help the customers that return flat tires and dead batteries.

To date, 2.75 million transactions and 11,000 cell phone accounts are maintained in the new system. Currently, there are 830 ParkPlus zones throughout the city that can accommodate about 5,200 vehicles.