CAN$408m for just the southwest section 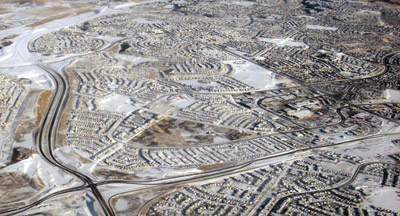 Part of the Stoney Trail. 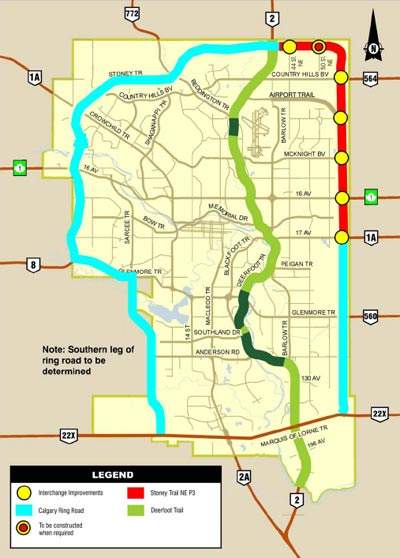 The route of the Stoney Trail. 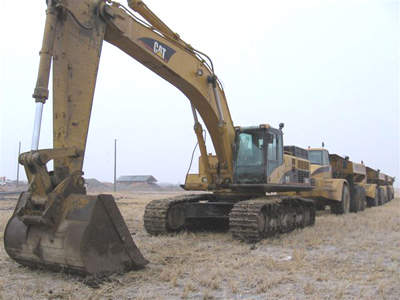 Digging machines ready to start work on the East freeway. 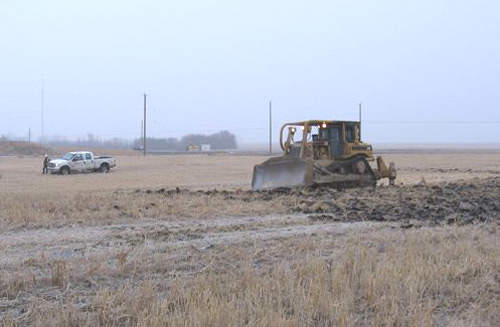 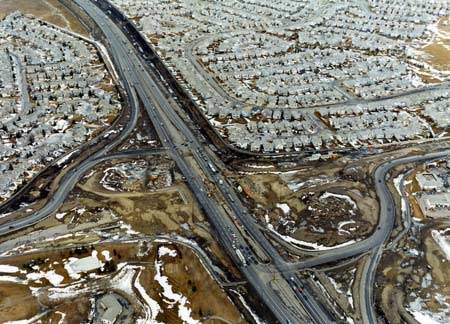 Part of the Deerfoot Trail.

Highway 201 is split into two sections called Stoney Trail and the East Freeway. Stoney Trail consists of the western and northern part of the ring road and, at its completion, will be a freeway link between 16 Avenue (Trans-Canada Highway) and Deerfoot Trail (Highway 2).

“The road is designed so as to provide a quick way for travellers to pass through the city of Calgary.”

Deerfoot Trail is the busiest road in Alberta, with over 160,000 vehicle trips a day on some sections.

At the western end of Stoney Trail, the road continues as a two-lane road as 101 Street, although eventually, Stoney Trail will be given a new route beside 101 Street and continue south to Alberta Highway 8 at Glenmore Trail. The East Freeway (proposed) would link Marquis of Lorne Trail to Stoney Trail, along the city’s eastern boundary.

The roadway will run in a nearly straight line approximately halfway between 68th and 84th Streets north from highway 22(X), before turning west to link up with Stoney Trail at Deerfoot Trail. The freeway will also continue past Secondary Highway 566.

CONSTRUCTION OF THE EAST FREEWAY

In December 2005, the City of Calgary announced it was in talks with the province to fast-track construction of the East Freeway so that it can be built within the next few years. In February 2007, Alberta’s Ministry of Infrastructure and Transportation awarded a contract to the Stoney Trail Group public-private partnership consortium to construct the first stage of the East Freeway.This initial stage of construction (April 2007) will extend Stoney Trail by a length of 21km from Deerfoot Trail to 17 Avenue SE by the third quarter of 2009 (maintenance will continue until 2039). The name East Freeway is expected to be a temporary designation, as the city has tended to name its freeways with a Native Canadian theme. The name has been designated as the North East Stoney Trail.

Construction of 21 of the 23 bridges has started and will be complete by 2009. The contract will cost $936m over 30 years. The government advanced $300m during the construction phase and will make payments of $21.2m per year for 30 years once the road is open to traffic.

The final leg of the Calgary Ring Road, which is known as the Southwest Calgary Ring Road, but also as the Sarcee Trail Extension, is in the initial planning and public consultation stages. The proposed route will run from approximately the intersection of Highway 8 and Sarcee/Glenmore Trails, south through the Tsuu T’ina First Nation to reach Highway 22X in the south of the city.

This route will allow construction to bypass the environmentally sensitive Weaselhead Natural Area through an agreement with the Tsuu T’ina First Nation and will allow for access to a proposed commercial/retail park on Tsuu T’ina land along the Ring Road. Alberta Infrastructure and Transportation has commissioned a functional planning study for the southwest portion of the Calgary Ring Road.

The study was completed by early 2007 and recommended the new road. The provincial Ring Road and the City of Calgary connector roads are being planned to reflect population and land use for the next 50 years of growth.

The total length is 21km. Work for the project includes:

In February 2007 Flatiron Constructors were awarded a CAN$408m (US$350m; €266m) contract to design and construct the northeast portion of the new Calgary Ring Road.

“The provincial Ring Road and the City of Calgary connector roads are being planned to reflect population and land use for the next 50 years of growth.”

The Alberta Government chose Bilfinger Berger BOT to develop the project, and Bilfinger has selected Stoney Trail Constructors (Group), a joint venture led by Flatiron Constructors with Parsons and Graham Construction and Engineering, to design and build a new 21km (13 mile) portion of the ring road. Flatiron’s share amounts to 61% (€160m).

This is the second portion of the ring road to be developed. Under Alberta’s public-private partnership for highways process, a private-sector partner is responsible for the design, construction, financing, and operation of a roadway for 30 years.

The legislation guarantees the government a fixed price and delivery date for the road and also includes maintenance over the period of the agreement.

The first portion of the ring road, a 15km (9 mile) stretch in northwest Calgary, was developed using a traditional design-bid-build process and will be complete in the third quarter of 2008.

Flatiron will be responsible for constructing the northeast portion of the ring road, which will extend from Deerfoot Trail south to 17 Avenue SE. The project includes 23 bridge structures and six interchanges, including one major interchange at Deerfoot Trail and one at the Trans-Canada Highway.

The northeast portion of the Calgary Ring Road is expected to be completed in the third quarter of 2009 (public private partnership, PPP). Flatiron Constructors is a subsidiary of Flatiron Construction Corp, a Royal BAM Group company.