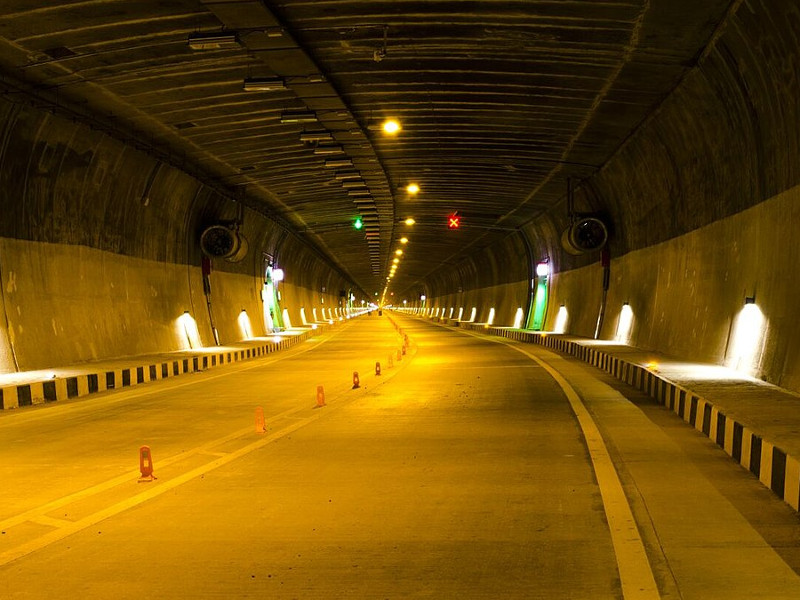 Dr Syama Prasad Mookerjee Tunnel is located at the foot of the Himalayan Mountains. Credit: Sidheeq. 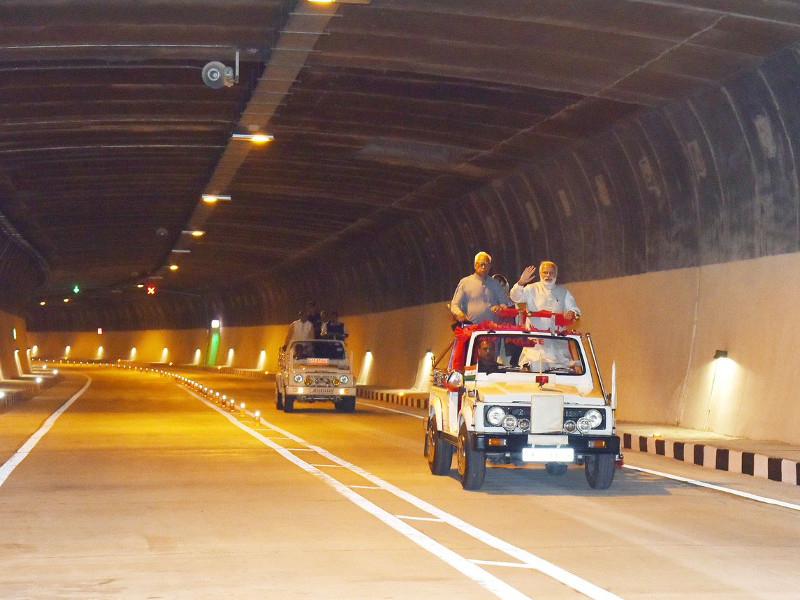 The Patnitop tunnel was opened for traffic in April 2017. Credit: PMO India. 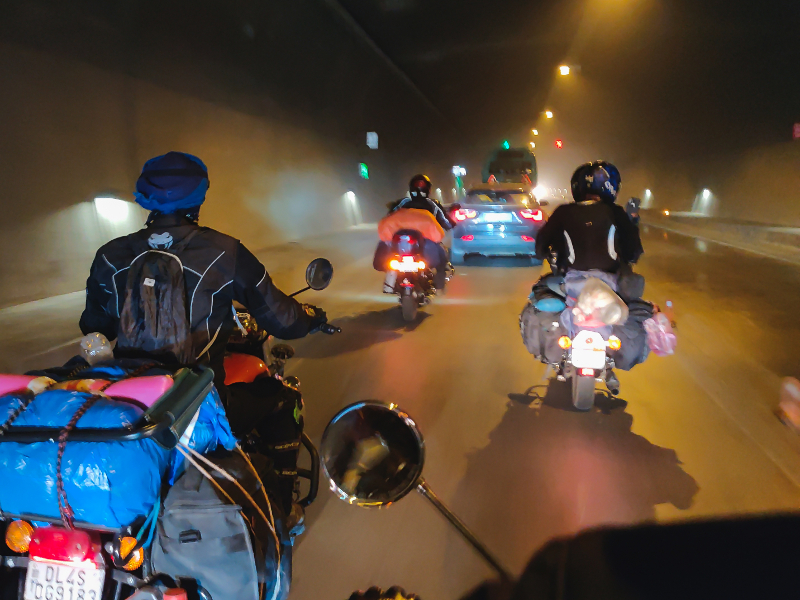 The Chenani-Nashri tunnel project was funded by a consortium of 12 banks.

The Chenani-Nashri Tunnel, also known as Patnitop Tunnel and Dr Syama Prasad Mookerjee Tunnel, became the longest road tunnel project in India when opened for traffic in April 2017. The tunnel is located in Udhampur in the Indian state of Jammu and Kashmir.

Built at the foot of the Himalayan Mountains, the 9.28km-long Patnitop Tunnel connects the districts of Chenani and Nashri. The project involved an investment of Rs47bn ($724m).

The Patnitop Tunnel is a part of the proposed four-lane widening of the National Highway 1A (NH1A) between Srinagar and Jammu. The tunnel acts as an alternative to the existing NH1A section, which faces geometric and safety concerns, as it passes through steep mountain terrains.

The highway remains closed for 40 days a year due to bad weather conditions.

The two-line bi-directional traffic tunnel serves as an all-weather and reliable road throughout the year. It reduces the travelling distance between Jammu and Srinagar from 41km to 10km and travel time by two hours.

Another 8.45km tunnel between Qazigund and Banihal on the Jammu-Srinagar highway is also being constructed as part of Rs100bn ($2.2bn) road projects in Jammu and Kashmir.

The project involved the construction of a single-tube, two-lane main tunnel with a 13.3m diameter, along with a 5m-diameter escape tunnel running parallel to it.

The main tunnel is connected to the escape tunnel through pedestrian and vehicular emergency cross passages at every 300m and 1,200m, respectively. It runs in the lower Himalayan mountain range to connect Chenani to Nashri villages.

The horseshoe-shaped tunnel bypasses the four-lane Udhampur to Ramban Section of NH-1A and has two rotary junctions. It crosses through the flyshoid geological formation in the Patnitop range of the Himalayas.

The Chenani-Nashri tunnel has a maximum overburden of 1,050m. It reduces the elevation and hairpin bends associated with the existing highway. The gradient is also reduced from 4.5% to about 0.5%.

Construction of the Chenani-Nashri tunnel

Construction used New Austrian Tunnelling Method (NATM) technique. Under NATM, the tunnel was sequentially excavated and supported. The project was of complex nature as it involved cutting of Himalayan rocks. Advanced tunnelling and drilling equipment were used for the project.

Tunnel construction began in September 2011 and was completed in early 2017. The remote location of the tunnel in the mountain ranges, geology and logistic constraints raised several engineering and management challenges to the contractors.

IL&FS Transportation Networks (ITNL) was selected for the four-laning of the 41km NH1A highway (from 89km to 130km, which includes the Chenani-Nashri tunnel) on a design, build, finance and operation basis in May 2010.

The concessionaire will receive an annuity from the National Highways Authority of India (NHAI) for 20 years. ITNL established a special purpose vehicle Chenani Nashri Tunnelway (CNTL) for the execution of the project.

The project was funded by a consortium of 12 banks led by the State Bank of India, Project Finance Strategic Business Unit.

Feasibility studies for the highway upgrade projects were conducted by NHIA and Louis Berger Group during 2006 and 2007. D2 Consult Prague was a sub-consultant.

ITNL awarded an engineering, procurement and construction lump sum, a fixed-price contract worth approximately $570m to Leighton Welspun Contractors for the Patnitop Tunnel project in July 2010.

GEODATA provided the detailed design and construction supervision for the Chenani-Nashri Tunnel project.