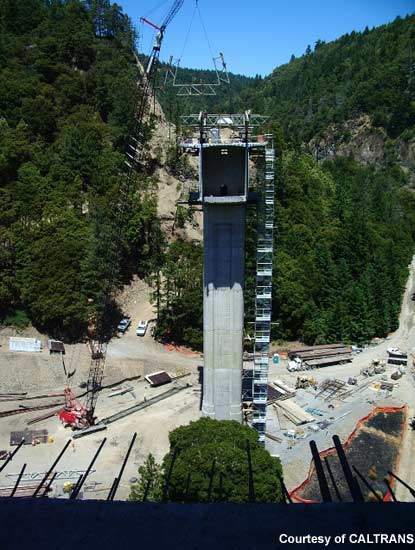 Construction of the south Confusion Hill bridge is 50&#37; completed. 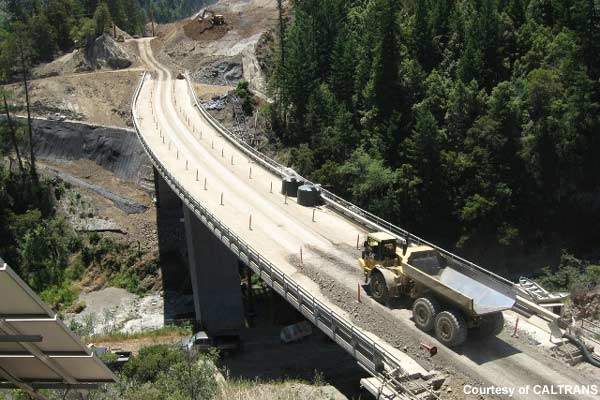 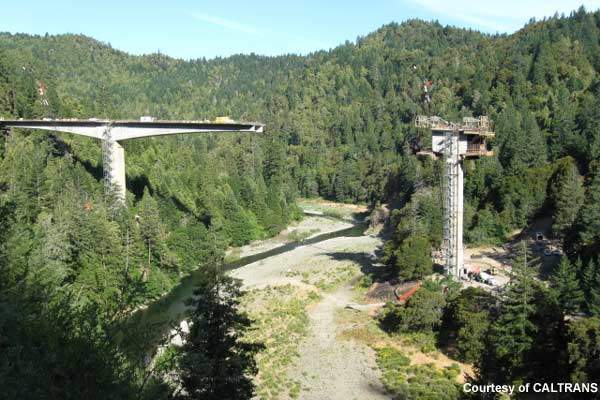 Pier 2 and 3 of the south bridge have now been completed, but the Confusion Hill bypass is not expected to be complete until autumn 2009. 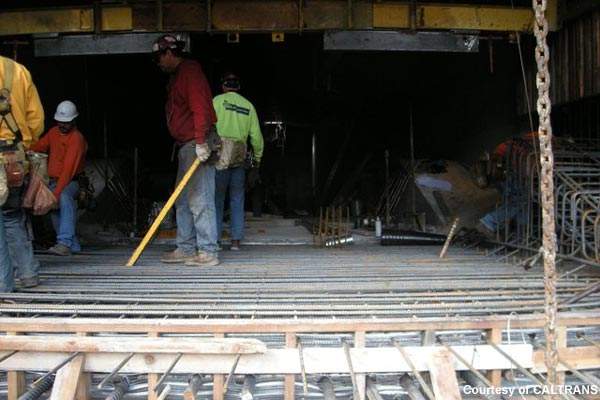 The construction work on the south bridge of the Confusion Hill project is making use of a segmental cast-in-place technique. 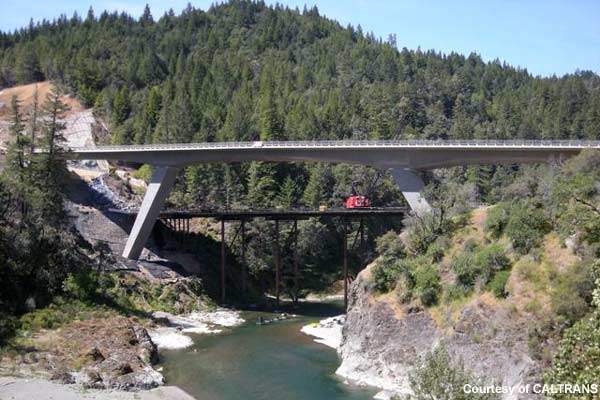 The slant leg north bridge was completed in early 2008. 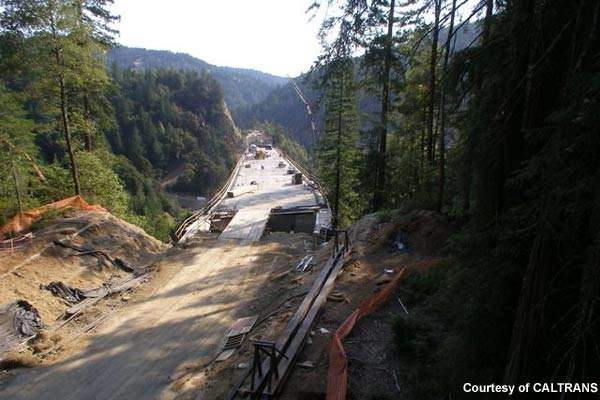 Excavation work is continuing to link the two Confusion Hill bridges and complete the project.

The $75m Confusion Hill project in northern Mendocino County involved the relocation of around 1.5 miles of State Route 101, to the west via two new bridges. This was done in order to avoid a notorious rock slide area that extends from the South Fork Eel River to more than 1,000ft on the cliffs above and involving the current highway, which is 140ft above the river.

The State Route 101 road had to endure numerous closures during the winter of 2005/2006 because of continued slide activity. Over a period of ten years $33m has been spent on slide repairs, $14m of this during the 2005/2006 winter.

Because of the continuing problem the Federal Highway Administration (FHWA) approved $75m in Emergency Relief funding to relocate Route 101 at Confusion Hill. The relocation was completed by October 2009.

The Confusion Hill Realignment Project involved the construction of two bridges across the South Fork Eel River. The project was fast tracked and brought forward by a year because of the circumstances and good cooperation between Caltrans and State and Federal regulatory agencies.

“By June 2009, construction of the north and south bridges was completed and the southbound traffic had been using the highway.”

Ground breaking for the bridge project was held in July 2006 and the contractor, MCM Construction, began construction of the access roads for the north and south bridges. Alongside the location of the north bridge MCM began to construct the high trestle, a temporary steel bridge built to provide year-round access to the west side of the river for construction purposes.

By June 2009, construction of the north and south bridges was completed and the southbound traffic had been using the highway.

The spans of the bridge are 106m, 174m and 133m and the bridge deck is 13m wide. The superstructure was built using a balanced cantilever construction method from the two interior piers and cast-in-place construction on false work at the abutments.

The superstructure of the bridge varies in depth from 9.6m deep at Pier 2 and 3 to 3.5m at the ends and mid span of the bridge. Segmental construction of the Confusion Hill south bridge superstructure began at Pier 2. The Pier Table was completed at the start of November 2006 and the first cantilever segment, out of the 17 intended on each side of the pier, was cast using a form traveller on 13 December 2006; this pier was completed by spring 2007.

“At the same time the 200ft Pier 3 was completed and the form travellers were moved to this pier to construct the cantilevers.”

At the same time the 200ft Pier 3 was completed and the form travellers were moved to this pier to construct the cantilevers. The final closure segment to tie the two cantilevers together was cast in November 2008. The entire bypass was officially opened in October 2009.

This new bridge facilitated excavation of the large cut slopes in the region (0.25 miles of road) between the two bridges for the connecting road, which began in spring 2008. Spoil was trucked out over the north bridge.

Due to the large amount of concrete used on this project, and the remote location, a concrete plant was set on-site to reduce transportation costs. The construction of the north bridge alone required about 4,300yd³ of concrete.

The owner and designers of the bridge were California Department of Transportation (Caltrans). The general construction contractor was MCM Construction and the segmental construction engineer was Finley Engineering Group.