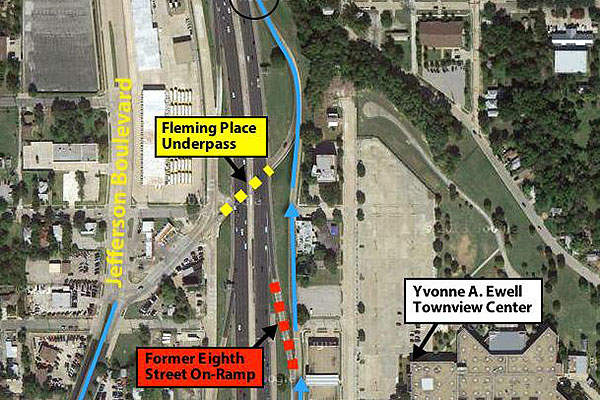 The total length of the Dallas Horseshoe Project is five miles. 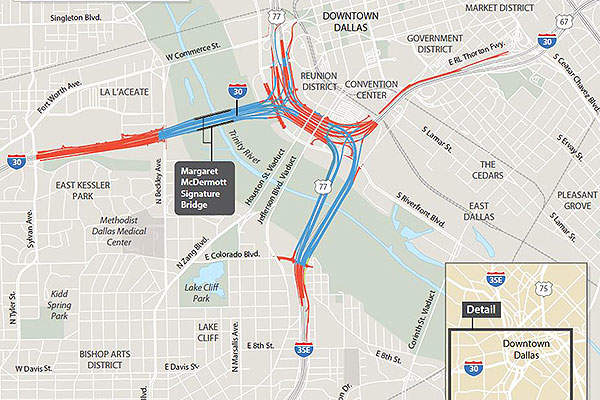 A sum of $798m has been earmarked for the project. 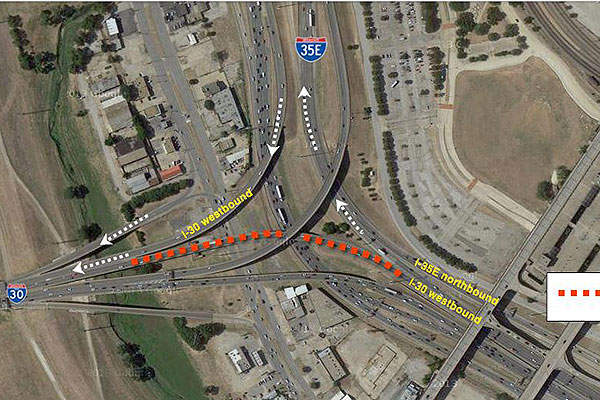 The main contractor for the project is Pegasus Link Constructors, a joint venture of Fluor Enterprises and Balfour Beatty Infrastructure.

The Dallas Horseshoe Project involves the upgrading of the I-30 and I-35E bridges that traverse the Trinity River and the bridges in the Mixmaster, where I-30 and Interstate-35 intersect. It will also involve the construction of the Margaret McDermott Bridge, the second signature bridge of Dallas.

The project, upon completion, will ease congestions, help complete repairs and remove the bridges, built during the 1930s and 1950s, that are in bad state, and the construction of several new bridges and widening of Interstates 30 and 35 to include 23 lanes in total. The traffic flow will be smoothened on the I-30 and I-35E corridors, which witness 460,000 vehicle movements every working day.

The project is being implemented by Texas Department of Transportation (TxDOT) with an investment of $798m using federal grants, Proposition 12 funding and regional toll revenues. Of the total $798m earmarked for the project, $715m will be for the design-build and the rest will be for the other costs.

The Dallas Horseshoe Project forms part of the larger $2.1bn Project Pegasus, which involves the reconstruction of the IH 35E and IH 30 near downtown Dallas with the aim of reducing traffic congestion and improving safety.

“The environmental study for the project was completed in September 2012.”

The project was given the title the ‘Horseshoe Project’, as it has an U-shape. A legislation was passed in 2011, following which Texas Department of Transportation (TxDOT) was provided the design-build authorisation and additional Proposition 12 funding. These provisions enable the agency to lower the cost of the project and complete the project by about two years quicker than other project development methods.

The environmental study for the project was completed in September 2012 and the ‘finding of no significant impact’ (FONSI) was issued within the same month.

The project will include the LBJ Express lanes and managed toll lanes, where motorists can travel consistently at 50 miles per hour. A temporary concrete batch plant is being constructed west of the I-35E at Colorado Boulevard on the former Burnett (baseball) Field land. It will be used for the entire duration of the project

The Margaret McDermott Bridge will feature two 300ft arches, and pedestrian and bicycle access in addition to vehicular traffic lanes. The bridge construction is expected to cost approximately $80m.TheAmerican Bridge Company is the steel contractor for the bridge, while Tampa Steel is the steel fabricator.

Contractors on the Texan road project

“The project broke ground in April 2013 and is scheduled for completion in 2017.”

The main contractor for the project is Pegasus Link Constructors, a joint venture of Fluor Enterprises (55%) and Balfour Beatty Infrastructure (45%). The project broke ground in April 2013 and is scheduled for completion in 2017.

Other stakeholders involved with the project are the the City of Dallas, Dallas County, DART, North Texas Tollway Authority, North Texas Council of Governments, Federal Highway Administration, Wildlife Department, US Fish and Wildlife Service, and the US Army Corps of Engineers.