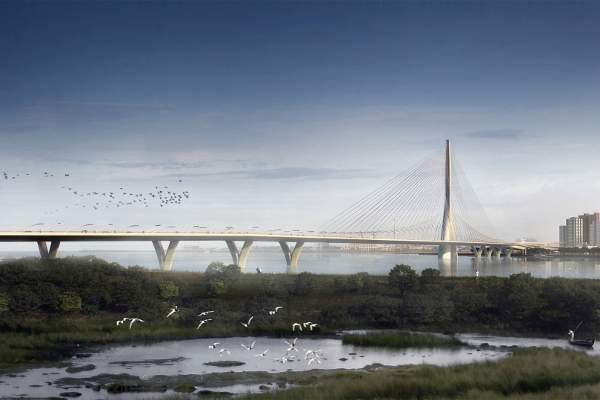 A single-tower, cable-stayed bridge will be constructed on the Tamsui River in Taipei, Taiwan. Credit: Danjiang Bridge by Zaha Hadid Architects, render by VisualArch. 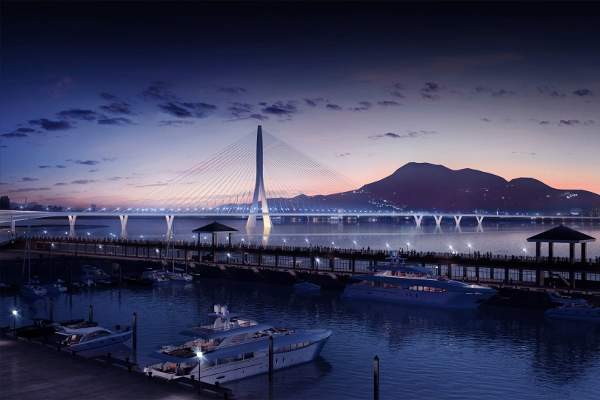 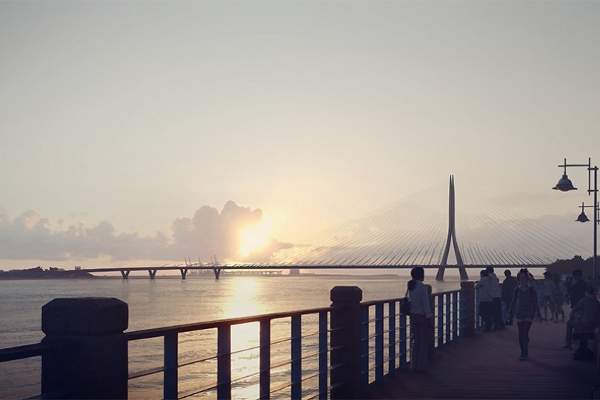 The single pylon will be placed to provide better structural performance and reduce interference with the views of Tamsui’s sunset. Credit: Danjiang Bridge by Zaha Hadid Architects, render by MIR. 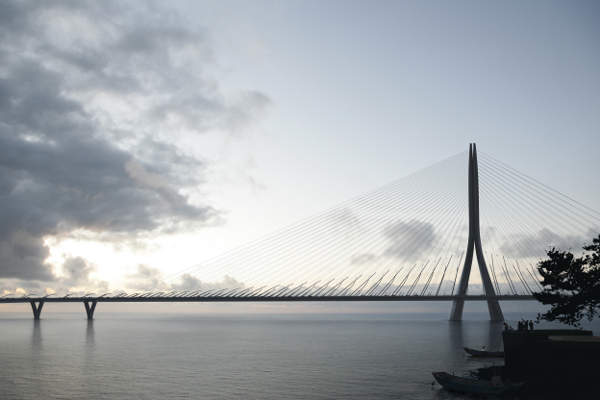 The new asymmetric cable-stayed bridge will be 920m-long and will be supported by a single 175m-tall mast. Credit: Danjiang Bridge by Zaha Hadid Architects, render by MIR. 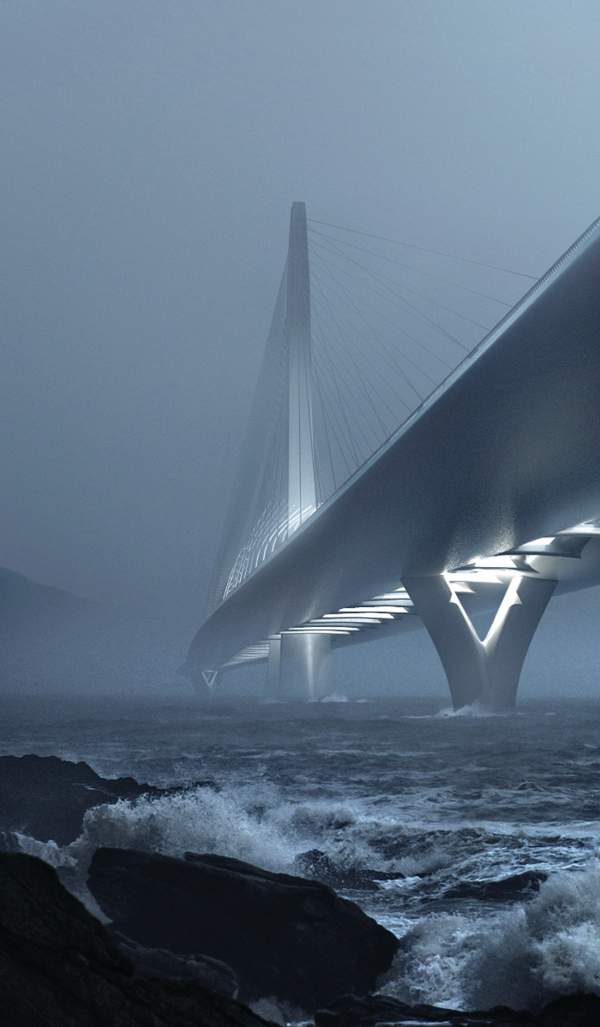 The new Danjiang bridge is expected to become a notable landmark in Taipei. Credit: Danjiang Bridge by Zaha Hadid Architects, render by MIR. 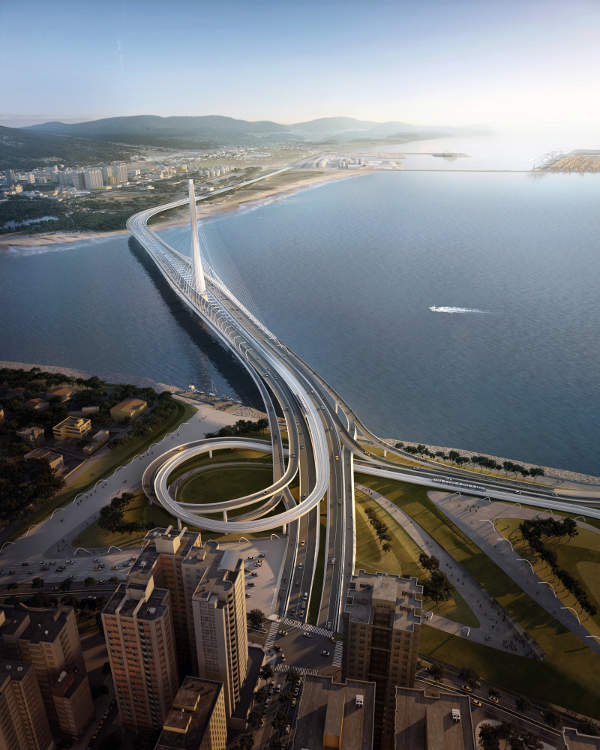 The bridge is expected to become a notable landmark in Taipei. Credit: Danjiang Bridge by Zaha Hadid Architects, render by VisualArch.

The new bridge will minimise traffic congestion in the vicinity by connecting Highways 2 and 15 with the West Coast and Bali-Xindian Expressways. It will also divert traffic from the Guandu Bridge and reduce the travel time between Tamsui and Bali by 15 minutes.

Construction on the new asymmetric cable-stayed bridge is expected to start in 2016 and is scheduled for completion by 2020. The project is estimated to cost TWD7.6bn ($234.35m), of which up to TWD700m ($23m) is allocated for designing and engineering.

The new asymmetric cable-stayed bridge will a feature 920m-long road, rail and pedestrian steel deck supported by a single 175m-tall mast. The length of spans on the west and east sides of the pylon are 450m and 175m respectively.

The pylon is designed and engineered to be as slim as possible and will be placed to provide better structural performance and avoid impeding the navigability of the river. It will also minimise the interference with the views of Tamsui along the river at sunset.

The design was created with major emphasis on Tamsui’s sunset landscape maintenance, preservation of cultural assets, environmental protection, and promotion of tourism and recreational activities in the region. The single-tower design reduces the impact of the structural elements onto the riverbed to safeguard the Tamsui River estuary’s ecosystems.

The planning of the bridge was complete in July 1998 and its environmental impact assessment (EIA) was sanctioned in March 2000. The Directorate General of Highways, Taiwan embarked on a comprehensive review of the project plan in 2006.

The comprehensive review report on the planning of the Danjiang Bridge and connecting road network was prepared in April 2010. Proposals were made for a new interchange to connect the Bali-Xindian route, and modifications to the interchange at the Bali end were recommended.

The New Taipei City Government also proposed an 8m-wide path at the middle of the bridge to house the Tamsui-Bali LRT system in February 2011, which led to the formulation of a new environmental impact assessment.

In June 2013, the new EIA report was approved after revision by the Environmental Impact Review Committee, Environmental Protection Administration (EPA). The final development plan of the bridge was submitted in August 2013 and was approved by the Council for Economic Planning and Development in November 2013.

In an international tender competition conducted by the government, a team comprising Leonhardt, Andrä & Partner, Sinotech Engineering and Zaha Hadid won the bid to design the bridge, in August 2015.