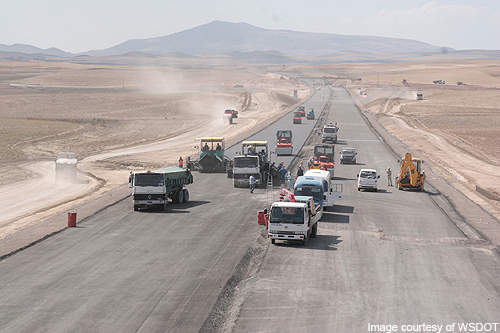 Costing $11.2bn, the East-West Highway is considered the largest public works project in the world. 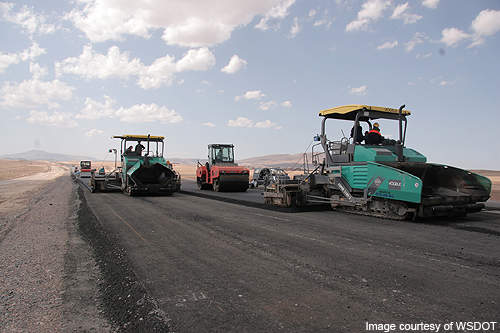 The project is a six-lane toll highway. 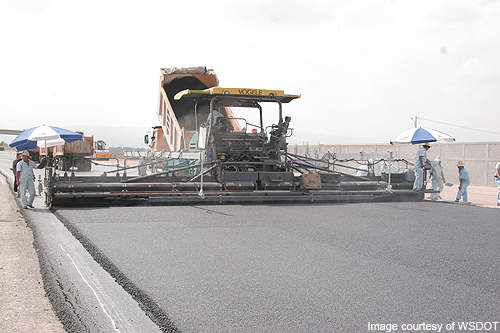 The East-West Highway is part of the 7,000km-long Autoroute Transmaghrébine.

The East-West Highway project was launched by Algerian President Abdelaziz Bouteflika in 2009. Costing $11.2bn, it is considered as Algeria’s most important road project and the largest public works project in the world. It was scheduled for completion in the fourth quarter of 2013, but delayed by about a year. The 150km stretch of highway between Constantine and Skikda is the only pending section as of June 2014.

The project is being financed by the Algerian Government as part of a $60bn national economic and social recovery programme started in 2005. The construction cost of the highway will be covered by Algerian oil revenues and the formwork is provided by Alpi Sea. The works have generated over 100,000 jobs.

The project will cut travel times and provide better and safer access to the north of the country, stimulating economic development.

The project is a six-lane toll highway. It is being developed along Algeria’s borders with Morocco and Tunisia. It will connect Algiers, Constantine, Oran, Annaba, Tlemcen and Setif. The development will have 12 tunnels, 70 viaducts and 60 interchanges. It also includes a provision for building truck stops, service stations and maintenance facilities.

“The project is being financed by the Algerian Government as part of a $60bn national economic and social recovery programme.”

The project is part of the 7,000km-long Autoroute Transmaghrébine project, which is being developed in two stages. The first phase, the East-West Highway, involves the construction of a 1,216km section linking Annaba in the east to Tlemcen in the west, passing through 24 Algerian provinces. The first section is further divided into three sub-sections: the Eastern section, Central section and Western section. The second phase will connect the Maghreb states of Morocco, Algeria, Tunisia and Libya.

Over a dozen were submitted by over 60 companies from Japan, Germany, China, France, Portugal, Italy and the US.

The construction contract for the 169km Central and 359km Western sections were awarded to a consortium of China Rail Construction Corporation and China International Trust and Investment Corporation.

The 399km-long Eastern section, the largest part of the project, includes 190 bridges and viaducts, and five tunnels. It is being built by Japanese Consortium COJAAL, which is made up of Kajima Corporation, Nishimatsu Construction Company, Itochu Corporation, Hazama Corporation and Taisei Corporation.

Caterpillar provided 80% of the construction equipment, while the remaining 20% has been provided by Komatsu equipment.

Dessau-Soprin, in cooperation with Autoroutes du Sud de la France, is responsible for assisting project management. A 100km stretch of the highway was designed by Tecsult.

The 1,200km stretch of the highway will use a base course of cement-treated gravelly sand, laid 20cm thick. Following a 14cm bituminous bound base, the road will be coated with 6-8cm of asphaltic concrete.

“The East-West Highway project was launched by Algerian President Abdelaziz Bouteflika in March 2007.”

Final compaction of the individual layers is being carried out by using eight 12t HD 120 tandem rollers and eight 18t GRW 18 rollers.

The Central and Western sections are being constructed using 13 Super 2100-2 pavers. For automated grade and slope control, the consortium has installed Niveltronic Plus, combined with Big MultiPlex Ski sensor systems. These systems are capable of paving asphalt without using artificial references. Three Super 1300-2 compact-class pavers are being used for additional construction work, such as hard shoulders.