From Denmark to Germany 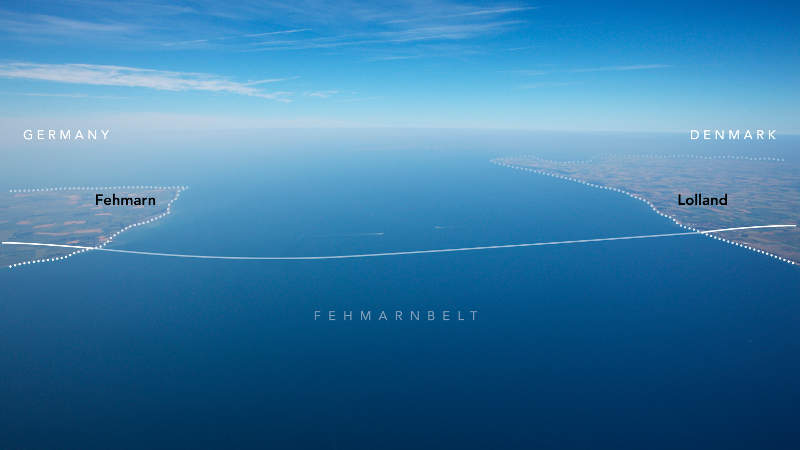 The 18km-long Fehmarnbelt tunnel between Rødbyhavn, Denmark, and Puttgarden, Germany, will be the world’s longest immersed tunnel. Credit: Femern A/S. 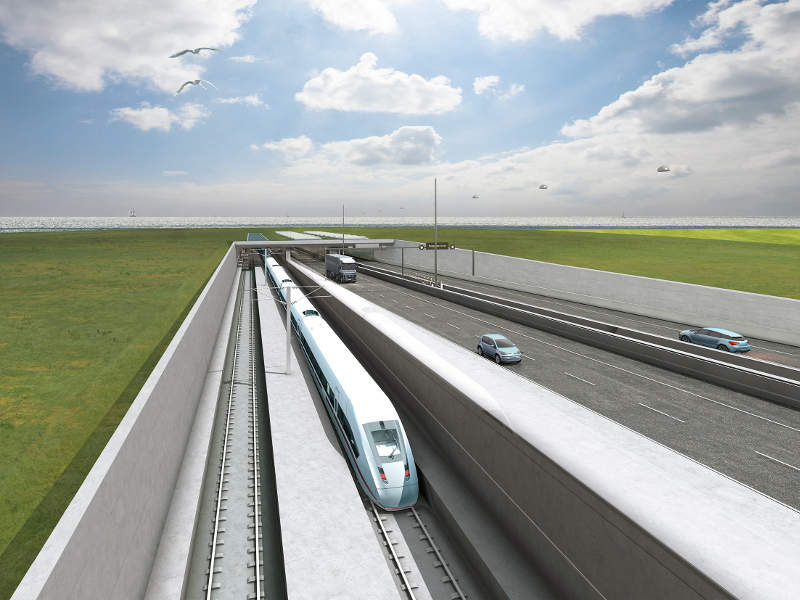 The Fehmarnbelt project will include a four-lane motorway and a dual track-electrified railway. Credit: Femern A/S. 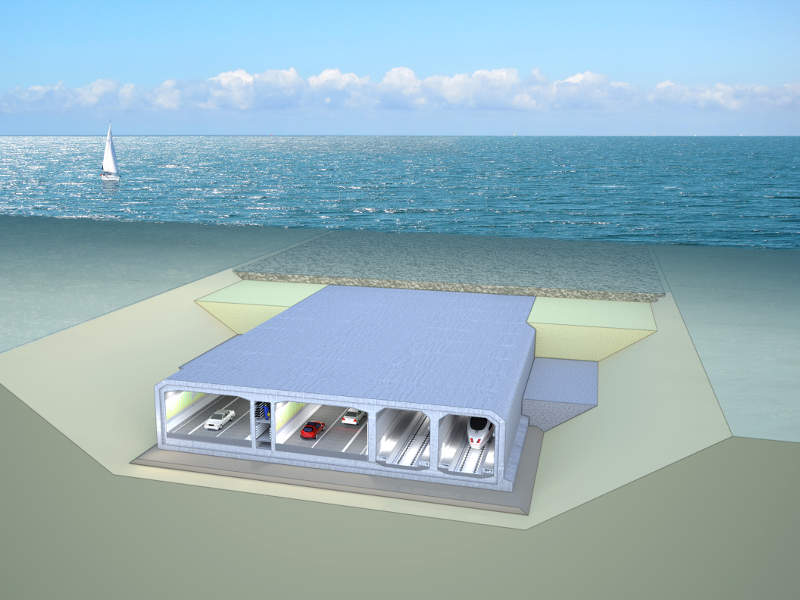 The project will make use of approximately 3.2Mt of concrete and 360,000t of reinforced steel. Credit: Femern A/S.

The Fehmarnbelt tunnel is a planned 18km immersed tunnel between Rødbyhavn, Denmark, and Puttgarden, Germany. Once completed, the fixed line will be the longest immersed tunnel, as well as the longest road and rail tunnel in the world.

Expected to open for traffic in 2028, the project includes the construction of a four-lane motorway and dual track-electrified railway. The rail and motorway connections between Ringsted and Rødby, Denmark, and between Puttgarden and Lübeck, Germany, will also be upgraded as part of the project.

The largest construction project in Northern Europe, the Fehmarnbelt tunnel is yet to be approved by an independent approval authority in Schleswig-Holstein, LBV Kiel, which will be followed by administrative construction permits.

Denmark and Germany signed the state treaty on a fixed-link across the Fehmarn Belt on 3 September 2008 and the treaty was ratified by the Danish Parliament on 15 April 2009.

Immersed tunnel method was chosen as the preferred technical solution for the project in February 2011.

Germany and Denmark submit a joint application for European Union (EU) grants for the construction phase of the Fehmarnbelt tunnel to the EU Commission on 26 February 2015. The proposed Fehmarnbelt project construction was approved by the Danish Parliament in April 2015.

Denmark will be the sole owner and operator of the Fehmarnbelt tunnel, while Germany will upgrade its land facilities on road and rail leading to the fixed link. The trench of the tunnel will be 17.6km-long, 90m-wide and 16m-deep.

The railway line from Rødby to Ringsted will be upgraded to two electrified tracks that can handle speeds of up to 200km/h.

The travel time between Copenhagen and Hamburg will be reduced from the current 4.5 hours to just 2.5 hours.

The freight trains running through Hamburg and Scandinavia can access the tunnel instead of taking the 160km-long current freight train route across the Great Belt.

The project will include the use of approximately 3.2 million tonnes (Mt) of concrete and 360,000t reinforced steel for the construction of the tunnel elements.

The construction of the trench will include the excavation of approximately 19 million cubic metres of stone and sand from the seabed.

The tunnel will include the construction of 79 standard elements, each measuring 217m-long, and ten special elements with an additional lower floor. Each special element will be placed at a 2km space and comprise equipment for operation and maintenance.

The project will follow the Danish state guarantee model, which is based on state-guaranteed loans to be repaid using revenue from users without including taxpayer’s money.

EU is co-financing the project as part of its Trans-European Transport Network programme (TEN-T). The Commission granted kr1.5bn ($225m) via TEN-T and kr4.4bn ($649m approximately) for the tunnel construction in 2015.

The project is also expected to receive more funds from the EU Commission under its Connecting Europe Facility (CEF) programme.

The joint-venture (JV) of Ramboll, Arup and TEC was awarded the contract for providing client consultancy services in the technical area for the Fehmarnbelt project in March 2017, while Schønherr and WTM Engineers are engaged as sub-consultants.

ÅF-Hansen & Henneberg has been engaged to provide in-house consultancy services in the technical area of the project, while Atkins Danmark, OBERMEYER Planen + Beraten, ÅF Infrastructure were engaged as sub-consultants.

The FLC consortium received a contract for the construction of immersed tunnel and tunnel factories – Tunnel North and Tunnel South and the portals and ramps.

Dredging International is the sub-contractor for the consortium, while COWI is engaged as the consultant.

The dredging and reclamation work contract has been awarded to the FBC consortium comprising Boskalis International, HOCHTIEF Solutions, Züblin, and Van Oord Dredging and Marine Contractors. SWECO Danmark is engaged as the consultant for the consortium.