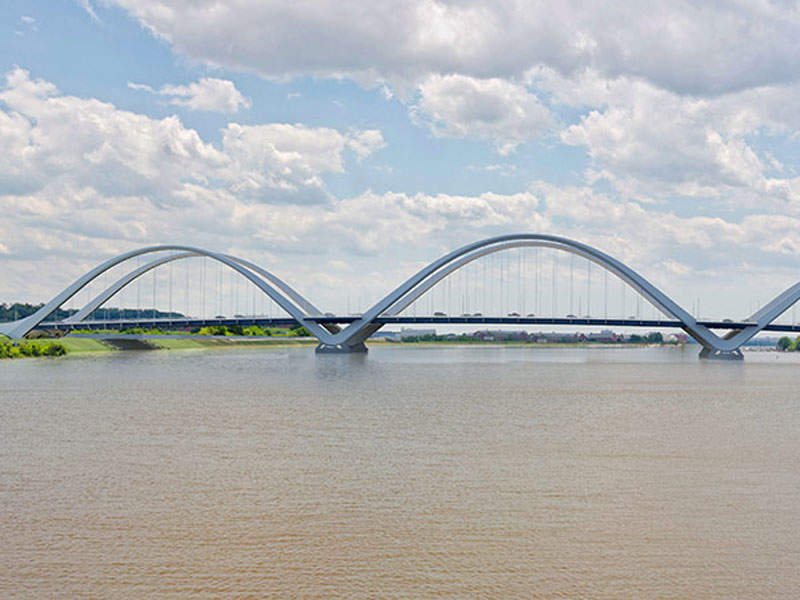 The 68-year-old Frederick Douglass Memorial Bridge over Anacostia River in Washington will be replaced with a new bridge with a $441m investment. Credit: The Walsh Group. 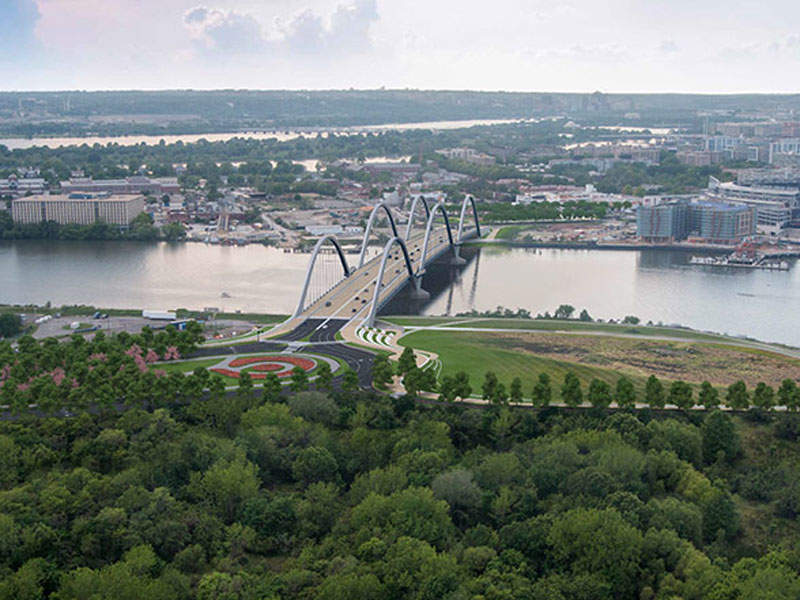 The District Department of Transportation (DDoT) is developing the new bridge as part of the South Capitol Street project. Credit: The Walsh Group. 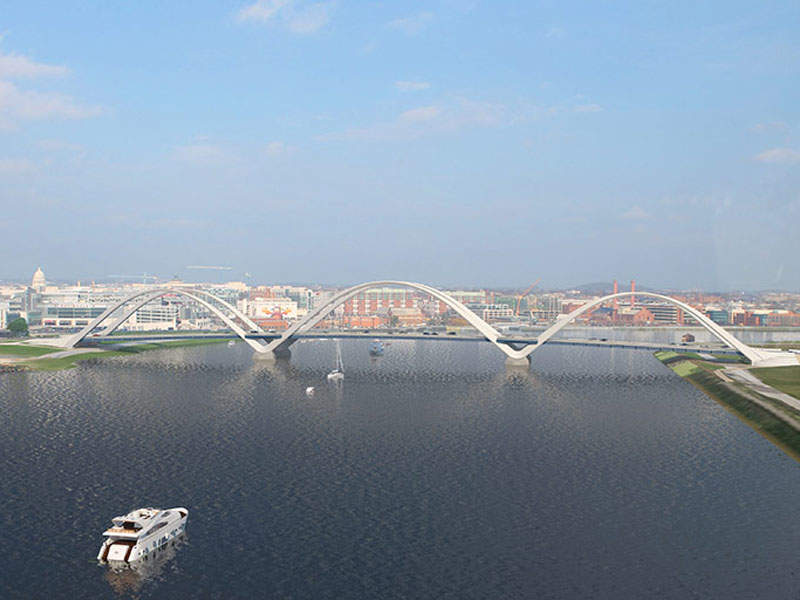 The Suitland Parkway/Interstate-295 Interchange will also be reconstructed as part of the project. Credit: The Walsh Group.

The District Department of Transportation (DDoT) proposes to replace the 68-year-old Frederick Douglass Memorial Bridge over the Anacostia River in Washington, US, as part of the first phase of the South Capitol Street project.

The new bridge is estimated to cost $441m, $200m of which will be contributed by the federal government.

Construction of the new bridge is anticipated to start by the end of 2017 and is expected to be completed by 2021.

Planned to span approximately 1,600m, the new six-lane Frederick Douglass Memorial Bridge will be located roughly 100ft from the current bridge. Comprising three lanes in each direction and bike/pedestrian paths, the new bridge will have a fixed span allowing for a vertical clearance of 42ft below the structure and a horizontal clearance of 150ft.

The bridge will connect South Capitol Street, Potomac Avenue, and Q Street SE, as well as provide a link to Firth Sterling Avenue SE and the Anacostia Metro station.

In addition to enhancing the district’s transportation infrastructure and the local economy, the bridge will also support reviving the Anacostia Waterfront and the development works being undertaken on both sides of the river.

Fifth District commuters will also benefit from the new bridge as it will improve accessibility to the District of Columbia.

The $902m South Capitol Street project is the biggest public infrastructure project to be undertaken in Washington, DC. The US Federal Highway Administration (FHWA) issued a record of decision (RoD) for the project in August 2015. The project is divided into two phases comprising five segments.

The first phase includes two segments, of which the first will include demolition and replacement of the existing Frederick Douglass Memorial Bridge and construction of traffic ovals on either end. The Suitland Parkway/Interstate-295 Interchange will be reconstructed as part of the second segment.

Anticipated to cost approximately $300m, the second phase will be undertaken in three segments. The third segment will include the construction of a new Suitland Parkway/Martin Luther King Jr. Avenue SE Interchange. Under the fourth segment, South Capitol Street will be reconstructed into a grand urban boulevard south of Independence Avenue, while the fifth segment is expected to improve the New Jersey Avenue SE streetscape.

The South Capitol Street project is a part of the 30-year, $10bn Anacostia Waterfront Initiative (AWI) being initiated to develop a series of transportation, environmental, economic, community and recreation projects in the District. Under the initiative, the shores of the Anacostia River starting from the Tidal Basin to the city’s northeast border with Maryland will be transformed into a beautiful waterfront.

South Capitol Bridge builders, a joint venture (JV) between Archer Western Construction and Granite Construction, was awarded the contract for the construction of the South Capitol Street Corridor first phase, which includes the bridge replacement.

AECOM will be the lead designer for the first phase of the project, while HNTB will provide assistance services to DDoT for programme management and construction.