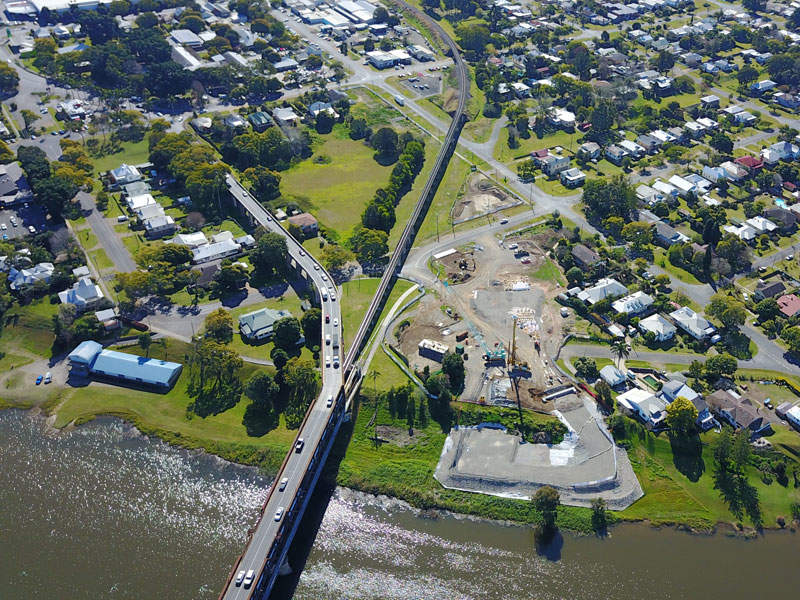 The new Grifton bridge will enhance the traffic efficiency between Grafton and South Grafton. Credit: Roads and Maritime Services. 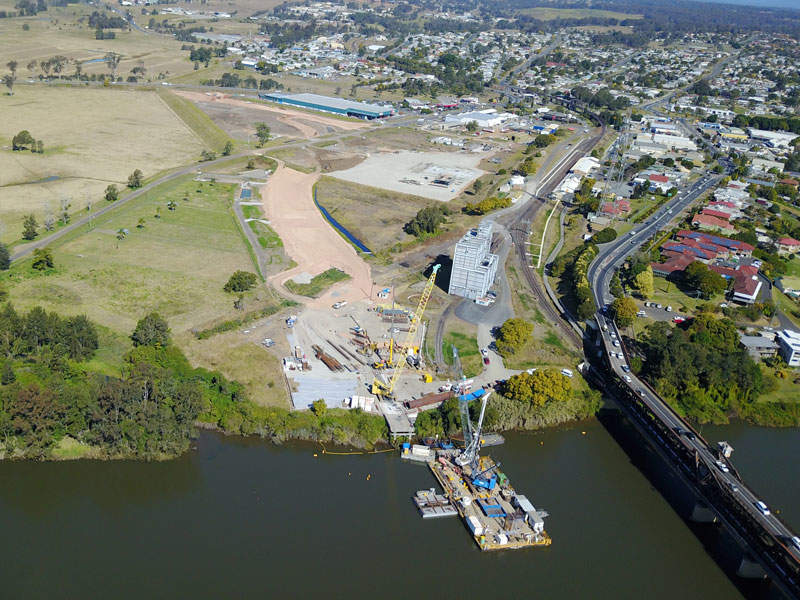 The placement of pre-fabricated concrete segments will be completed with the help of a large crane. Credit: Roads and Maritime Services. 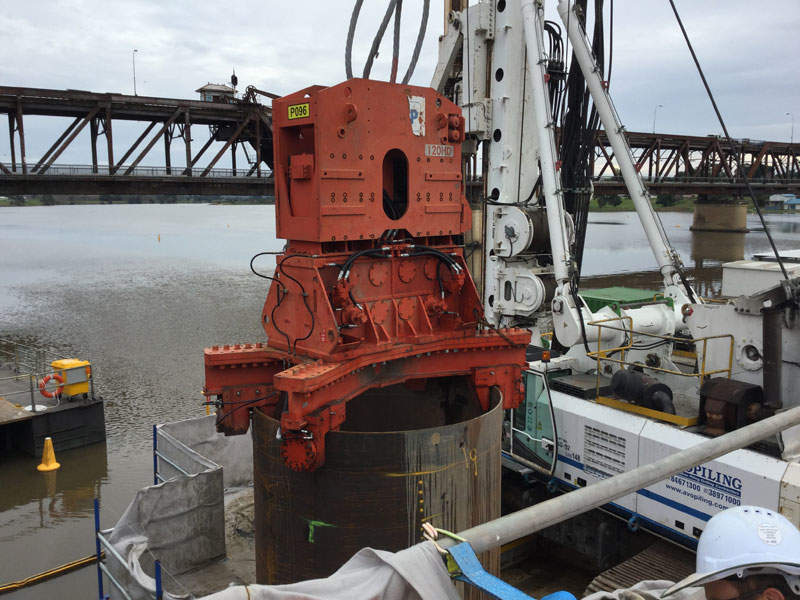 Construction of a temporary jetty on the south bank of the Clarence River was completed in April 2017. Credit: Roads and Maritime Services. 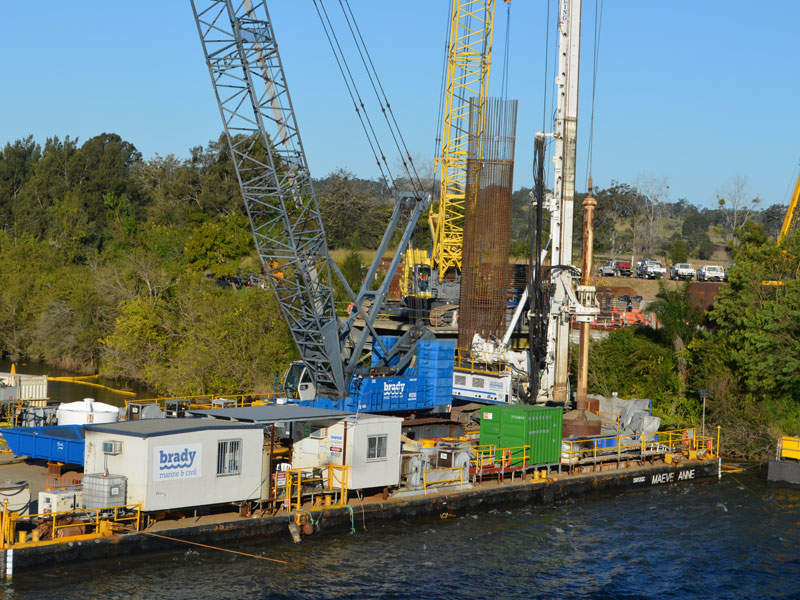 The new bridge construction is expected to be completed by 2019. Credit: Roads and Maritime Services.

The construction of a new bridge over Clarence River in Grafton, New South Wales (NSW), Australia, was initiated in November 2016.

The bridge is being built 70m away from an existing bridge and will connect Grafton with South Grafton.

It is also intended to relieve congestion and improve road safety for cyclists, pedestrians and motorists.

Roads and Maritime Services (RMS) is constructing the project under the $4.36bn Woolgoolga to Ballina Pacific Highway upgrade initiative. The Government of NSW is sponsoring the development.

The entire bridge construction project will cost an estimated $240m and is scheduled for completion by 2019.

The NSW Government commissioned a study to evaluate the need for a new crossing over the Clarence River in 2002. Results from the study were released in early 2003.

A consortium of federal and local government officials inspected the existing bridge in October 2008. The team concluded that the structure would not be able to cope with the increasing traffic volume and subsequently recommended a replacement.

RMS announced the construction of an additional crossing over the Clarence River as the preferred solution and put the option before the public for comment in December 2012.

Design and features of the new Grafton bridge

The new bridge will be 525m in length and consist of a total of 25 pylons, including 15 land-based and 10 water-based structures.

It will feature two lanes of traffic and include a provision for expansion to four lanes at a future date.

Various segments of the bridge are to be prefabricated and stored off-site during the construction project.

The current surrounding road network will also be upgraded to include links to the new bridge.

New roundabouts and traffic signals will also be integrated into the road network and Kent Street will be closed.

The current rail viaduct across Pound Street will be replaced with a new bridge structure, which will offer a greater degree of vertical clearance.

Preparatory works at the new Grafton bridge site were completed during the initial phase of construction.

The developments included the removal of properties and structure and flood mitigation work, as well as the establishment of ancillary facilities.

A section of Pound Street was closed and utilities were relocated to facilitate the building of a new car park at the corner of Pound and Clarence streets.

Construction at the pre-cast site commenced in April 2017 and included a number of cranes and storage facilities. Land and marine piling works were initiated in June 2017.

The 48m-long Maeve Anne barge was transported to the Clarence River in July 2017 for use during the bridge’s construction.

A variety of recycled or reused materials will also be used throughout the building project, including 26t of scrap steel and 110t of concrete and bricks, as well as 20t of floor joists and timber beams.

In addition, salvaged doors and windows, dismantled steel garages and timber retrieved from tree-clearing initiatives will be utilised during the development.

A temporary jetty made of tubular steel piles and steel beams will be used to load the concrete and pre-cast segments onto the barge while a large crane will be used to assemble the bridge segments from the jetty.

Fulton Hogan was awarded the design-build contract for the bridge in August 2017.

Bellwether Contractors is providing engineering support services for the project.