Caltrans and Port of Long Beach 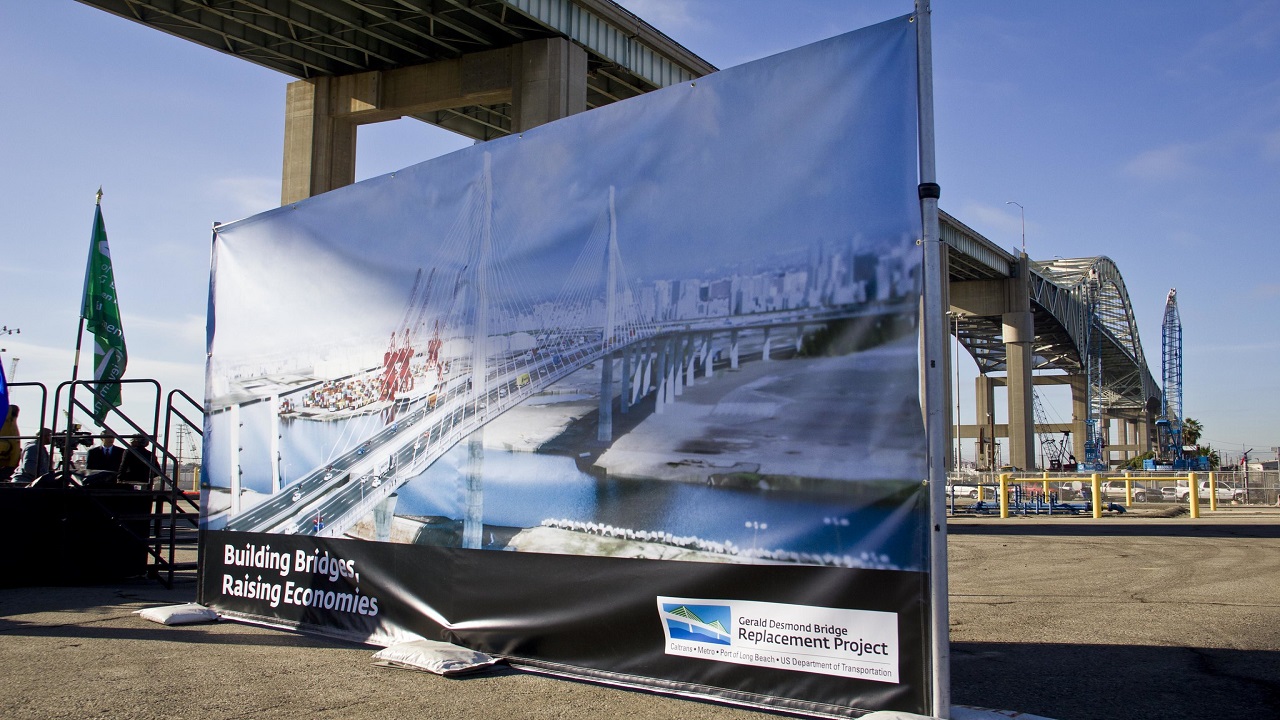 The new Gerald Desmond Bridge has six lanes, with three on each side. Credit: Neon Tommy. 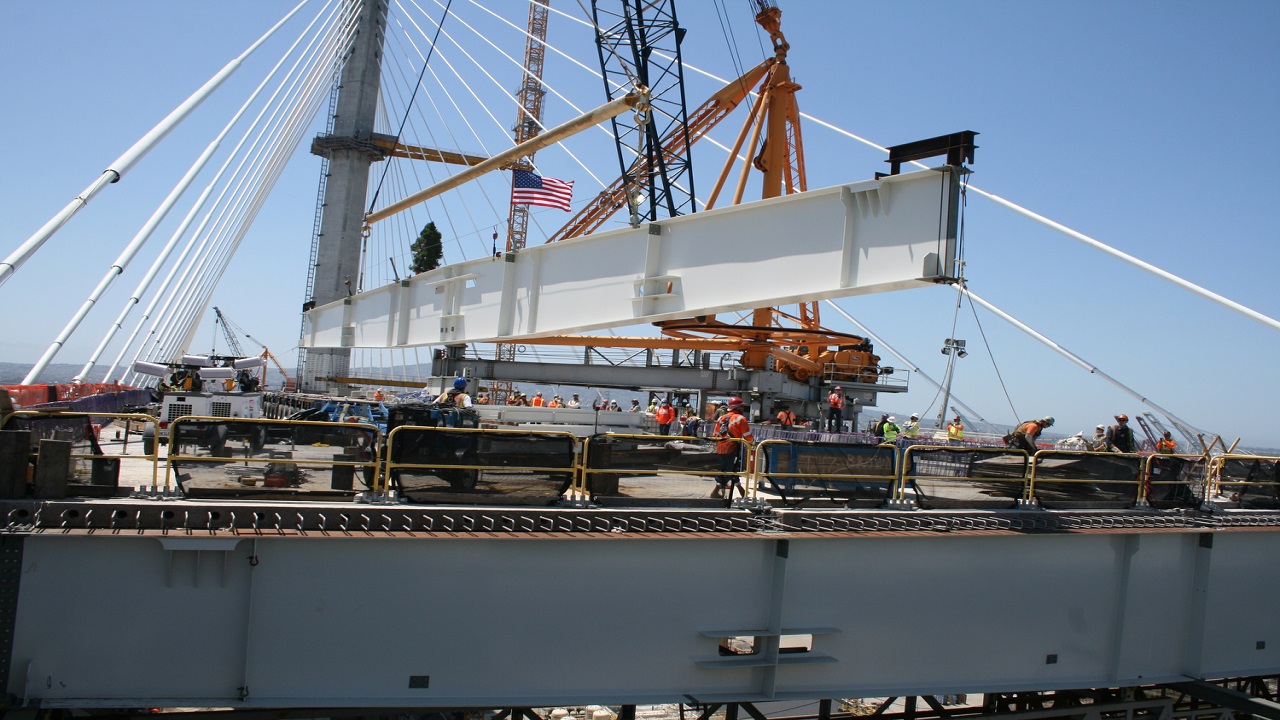 The project is a team effort of Caltrans and the Port of Long Beach. The SFI joint venture (JV) served as the contractor for the project. Approximately $1.47bn was invested in the project, for which construction began in January 2013. The new bridge was opened in October 2020.

The project caters to the future transportation and cargo demands of the region. It also provides job opportunities and contributes to the area’s economic development.

Construction activities created an average of 3,000 annual jobs and generated more than $2bn in economic activity in southern California. The new bridge, which is a key infrastructure in the region, helps retain the area as a major trade centre.

The Gerald Desmond Bridge is recognised as a National Highway System Intermodal Connector Route and included in the Federal Strategic Highway Network. The bridge is an important structure serving the nation, Los Angeles, Long Beach and their ports.

Opened in 1968, the existing bridge is the symbol of Long Beach and a landmark of California. It connects Long Beach Freeway SR 710 with Terminal Island at Port of Long Beach, providing important access to Long Beach downtown and neighbouring communities.

The bridge is also an important business corridor serving 15% of all the imported waterborne cargo in the nation. The 44-year-old bridge has, however, reached the end of its design lifespan. It is not capable of carrying the increasing traffic volumes.

It is estimated that around 68,000 trips are made a day and approximately 18 million trips a year on the bridge. This is beyond the design capacity of the structure. With the increase in international business in the region and ever-growing commuter traffic, which accounts for 75% of the bridge traffic, traffic congestion on the bridge is expected to get worse.

The old bridge, though safe, was in need of costly maintenance and even if repaired might not be long-lasting. Caltrans and the Port of Long Beach, therefore, decided to replace the bridge. The old bridge is expected to be demolished by 2022.

The new cable-stayed bridge connects Ocean Boulevard to State Route (SR) 710 Freeway in Long Beach. The bridge is an extension of SR 710 to SR 47 in Terminal Island. It is designed to have a lifespan of 100 years.

The plan to replace the bridge was approved by Long Beach Board of Harbor Commissioners in August 2010. The project was approved by the California Transportation Commission in November 2010. The new Gerald Desmond Bridge was included in the state highway system and became the property of the state.

Steep grades and a lack of shoulders on the existing bridge often resulted in the failure of vehicles causing congestion and delaying emergency vehicles. The emergency lanes of the new bridge minimise delays, enhance safety and provide access for emergency vehicles.

The vertical clearance of the bridge has been increased from 155ft (47m) to 205ft (62m) above water. This enables the entry of the latest Post Panamax ships into the port.

Construction of the major Californian bridge

The earthquake-resistant bridge structure has towers with semi-circular shaped concrete columns, which are linked by steel shear and tension links. Steel edge girders are placed longitudinally and steel floor beams are placed transversely to support the bridge deck.

The deck on the girder side is supported by a 12m-spaced splayed cables. The bridge’s approaches are made of concrete segmental box girders. Construction of the bridge also includes approaches and ramps. Design efforts focused on the easy transition of alignment from approaches to the bridge and a smooth inclusion of on and off ramps. Pedestrian and bike paths were also constructed.

“The bridge is also an important business corridor serving 15% of all the imported waterborne cargo in the nation.”

Terminal Island East Interchange and the I-710/ Interchange will be rebuilt. The interchanges connecting Ocean Boulevard and SR 710, Pico Avenue, Pier E and Pier D will also be upgraded.

The complex project plans to continue road, rail and cargo services from and to the port of Long Beach during the construction period. Railway lines, oil wells and thermo power plants along with many other subservices interfering with the project will be relocated.

In July 2012, Long Beach Board of Harbor Commissioners awarded a $649.5m design-build contract for the project to the SFI JV. The JV is owned by Shimmick Construction (now AECOM, 40%), FCC Construction (30%) and Impregilo (30%). Subcontractors include Arup North America and Biggs Cardosa Associates.

Denmark-based DISSING+WEITLING was the architect for the bridge. Preliminary engineering services for the main span and approaches of the bridge were provided by the Parsons Corporation and HNTB JV.

The Port of Long Beach (POLB) contracted WSP USA for program management and construction management services. HKA was commissioned as a subcontractor to WSP for providing claims, estimating, scheduling, and geotechnical support services for the project.

Doka provided 2,500ft² of formwork along with its SKE automatic climbing platforms.

Arcadis provided support and assistance to the Port officials during the design, procurement, and construction. Nossaman advised the Port of Long Beach and its Board of Harbor Commissioners on procurement and contract issues for the project.

The project was financed through a $325m loan from the Transportation Infrastructure Finance and Innovation Act (TIFIA), $17.3m from LA Metro, $117m from Port of Long Beach, $153.7m from state/Caltrans funds and $675m from federal funds.

The project received funding from the Los Angeles County Metropolitan Transportation Authority (Metro) and the US Department of Transportation.