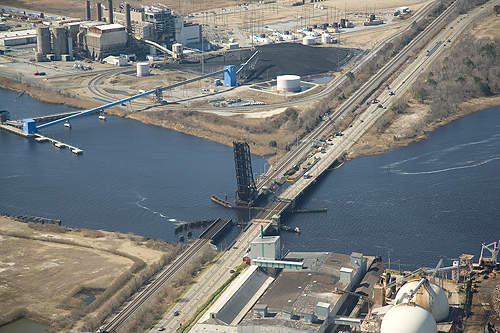 The Henry G Gilmerton Bridge was built across the southern branch of the Elizabeth River. 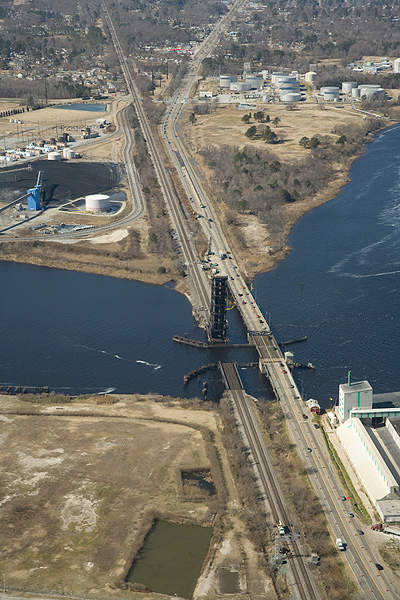 The original Gilmerton Bridge was built in 1938. 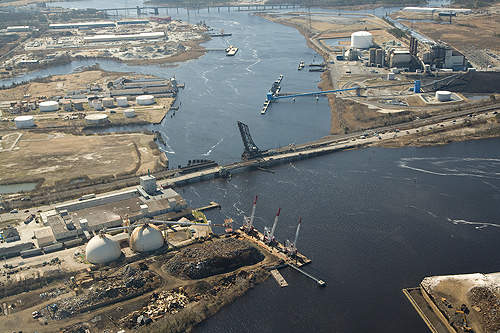 The replacement of the bridge was completed at a cost of $134m.

Located to the west of Bainbridge Boulevard, the Henry G Gilmerton Bridge was built across the southern branch of the Elizabeth River in Chesapeake, Virginia, US. The Virginia Department of Transportation (VDOT) proposed to replace the bridge and its approaches on the Military Highway, Route 13, in Chesapeake. The proposal was submitted to the Commander Fifth Coast Guard District in 2008.

Built in 1938, the original bridge was a four-lane double-leaf bascule bridge. The bridge was travelled by more than 35,000 motorists daily. It was owned and operated by the City of Chesapeake.

Built on the same alignment, the new Gilmerton Bridge is a four-lane vertical lift bridge with new approaches. It forms an alternative route to the High Rise Bridge and provides direct access to south-eastern Portsmouth from south-western Chesapeake. The motorists are now able to choose a combination of I-464, the High Rise Bridge, Route 17 and Gilmerton routes to travel between Suffolk and Portsmouth.

The replacement bridge was opened to traffic in November 2013, but it was closed on weeknights to accommodate the pending construction works. The project was fully completed in October 2015.

The new bridge is 1,908ft in length and 85ft in width and has a 250ft steel truss vertical lift span. The existing bridge has a vertical clearance of 7ft above mean high water at low steel, and 9ft above mean low water at low steel. The horizontal clearance of the existing bridge is 125ft between the pile bents. The speed limits on the bridge average between 45mph and 55mph.

The bridge widening eases the traffic congestion on Hampton Roads. It also accommodates the future widening of the Military Highway from four to six lanes with 18 approach spans. Taller vertical clearance supports maritime access of modern ships to the region and decreases the amount of bridge lifts a year, as most leisure crafts pass under the bridge in the closed position.

Innovative zero-vibration technology was imported from Europe to install the drilled shafts to make sure that the adjacent Norfolk Southern Railroad Bridge remained in service and undamaged during the construction of the new foundations.

The technology was further leveraged to redesign the drilled shafts, resulting in $420,000 of cost savings to the client.

As part of the bridge replacement, the existing approach piers were trimmed to approximately 2ft below the mud line. The existing bascule piers were removed completely. A new fender system was built.

Construction work on the replacement project began on 1 November 2009. In late 2010, a number of lanes were closed and driving speed limits were reduced during construction activities. By 30 May 2013, a substantial part of the construction was completed.

Drilling at the project site was prohibited due to the presence of a rail bridge and an active transportation waterway in close proximity. The team, therefore, chose to proceed with an oscillating method, which cores the caisson or the 12ft diameter posts into the underlying soil.

PCL purchased one of the world’s largest oscillating drilling devices to install the caissons.

For almost the entire duration of construction, this stretch on the Military Highway (US-13), between Bainbridge Boulevard and Shell Road, was reduced to two lanes from four. The bridge also remained open and motorist traffic was coordinated to have the least impact during the construction period.

Bids for the bridge replacement were made in late August 2009. PCL Civil Constructors won the contract in September 2009 for a value of $133.8m. WSP Mountain is the structural steel engineer for the Gilmerton Bridge Replacement Project.

The project affected 1.7 acres of emergent wetlands, 0.04 acres of scrub-shrub wetlands and 0.03 acres of forested wetlands.