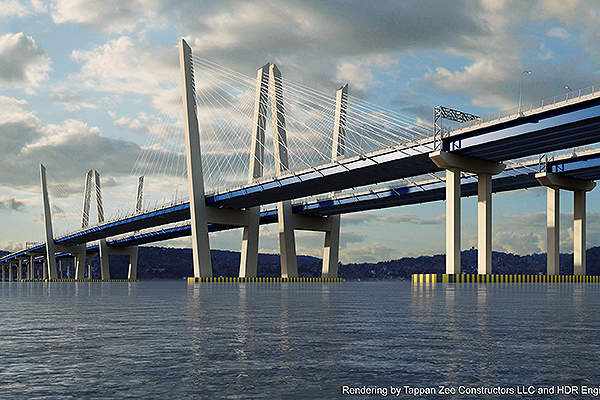 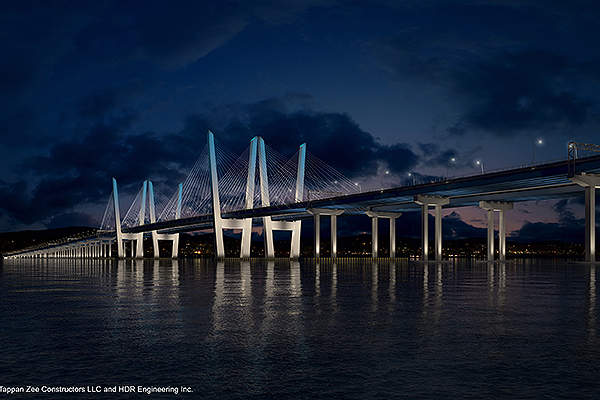 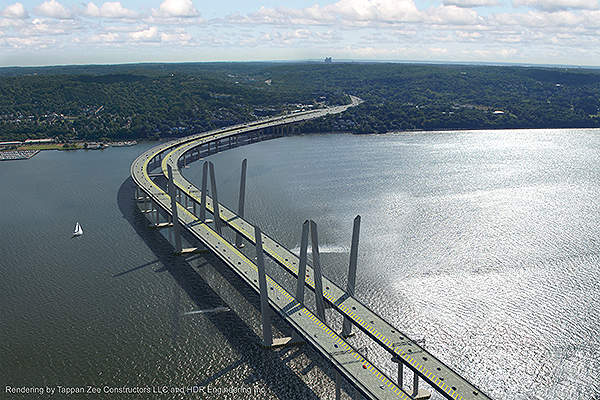 The towers of the New Governor Mario M Cuomo Bridge feature a chamfered-top. 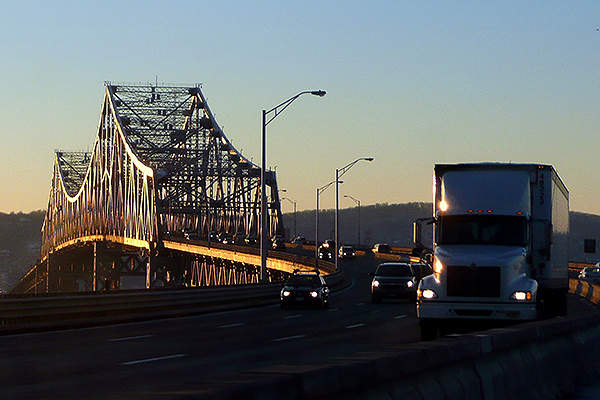 The second span of the Governor Mario M Cuomo Bridge was opened in September 2018. Credit: Khaz.

The average daily traffic on the old bridge was 138,000 vehicles, while the peak traffic was approximately 170,000 cars a day. The new Governor Mario M Cuomo Bridge will serve more than 140,000 motorists a day.

The project was administered by the New York State Thruway Authority. Tappan Zee Constructors (TZC), a consortium of Fluor, American Bridge Company, Granite Construction and Traylor Bros acted as the design-build contractor for the project. The lead designer for the bridge is HDR.

Plans to replace the Tappan Zee bridge were first discussed in 1999. Approximately $750m was spent in maintaining the existing bridge during the last decade.

A new plan was fast-tracked in October 2011 followed by the signing of several approvals and agreements. The bridge construction proposals were submitted in July 2012 and the design-build plan was finalised in December 2012. The final contract approval was granted in January 2013.

Design and construction of the Governor Mario M Cuomo Bridge

The new cable-stayed twin-span bridge is designed to last for 100 years without requiring major structural maintenance. The bridge measures approximately 4.9km-long and features two 365m cable-stayed main spans with outwardly inclined main span towers and 107m steel girder approach spans. The angled towers rise about 419ft above the water and feature a chamfered-top. The towers support 192 stay cables made of more than 4,900 miles of steel strands.

The weight of the structure and the number and size of foundations are minimised, and the dredge quantities are reduced from 1.8 million to less than one million cubic yards bringing down the environmental impacts, cost and construction duration. The bridge’s design reduced the number of piles required, while quieter vibration techniques for pile driving were employed. The concrete used in the construction of the piles was sourced from a floating batch plant on site.

The 400ft-long Left Coast Lifter floating crane, now nicknamed as ‘I Lift NY’ super crane, which was earlier used to construct the suspension span on the San Francisco – Oakland Bridge, carried out the lifting works for the new bridge. The crane will later be used to demolish the existing bridge.

A low-interest (3.89%) federal loan amounting to $1.6bn for the Governor Mario M Cuomo Bridge project was granted by the US Department of Transportation through its federal Transportation Infrastructure Finance and Innovation Act (TIFIA) programme.

Special inspections and materials testing for all the components of the bridge were carried out by Tectonic.

Quality assurance activities for the project were provided by Greenman-Pedersen and The LiRo Group. The project generated more than 600 jobs and benefited over 500 companies, which mostly comprise local and regional companies.