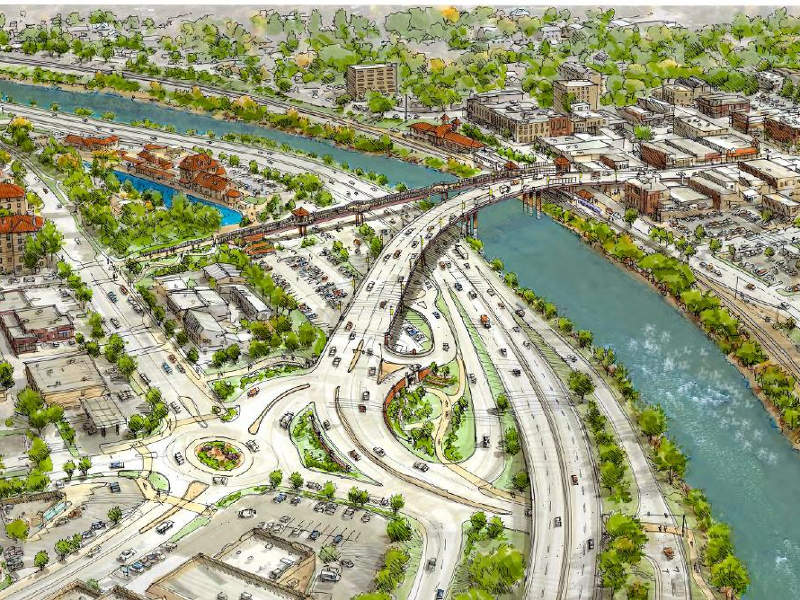 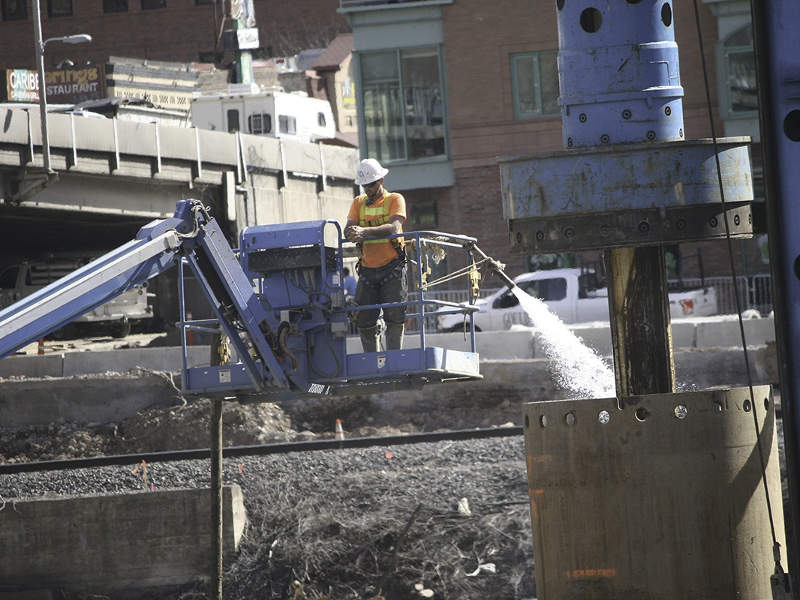 Foundation for the new bridge was laid in March 2016. Credit: Colorado Department of Transport. 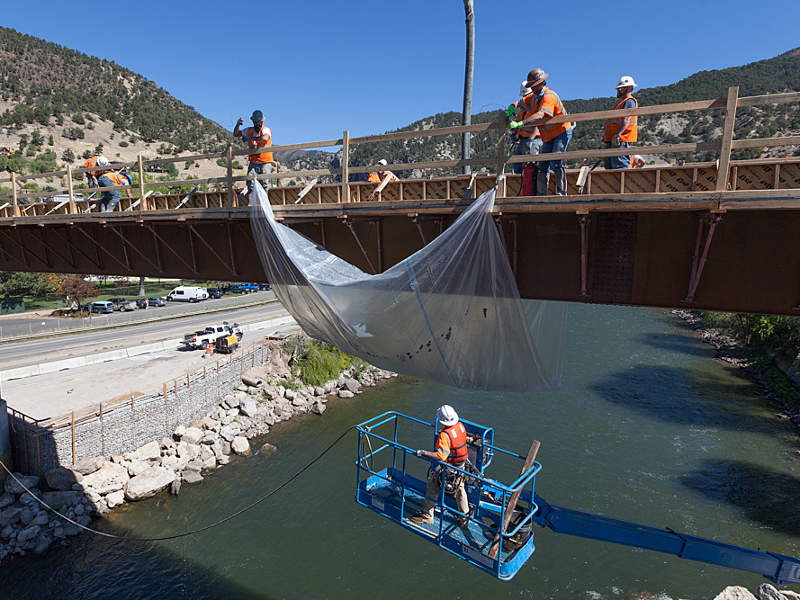 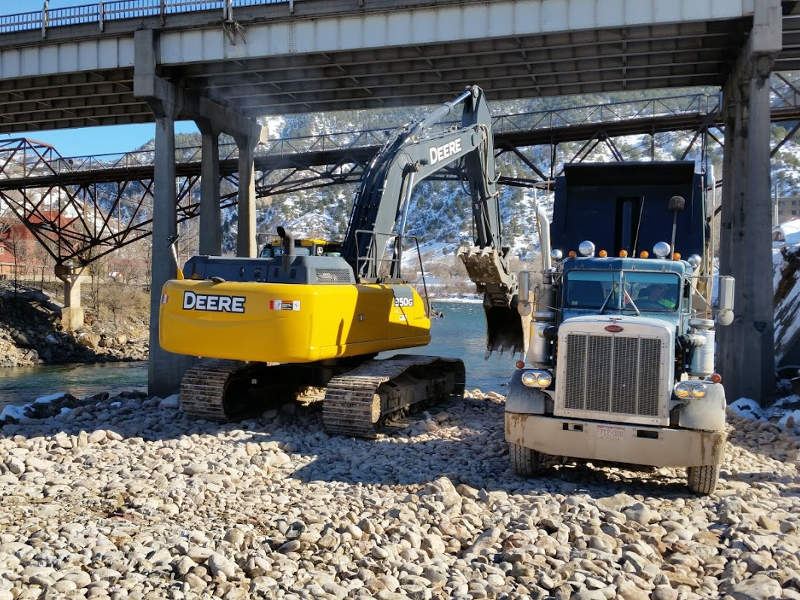 Construction of the south causeway was completed in March 2016. Credit: Colorado Department of Transport. 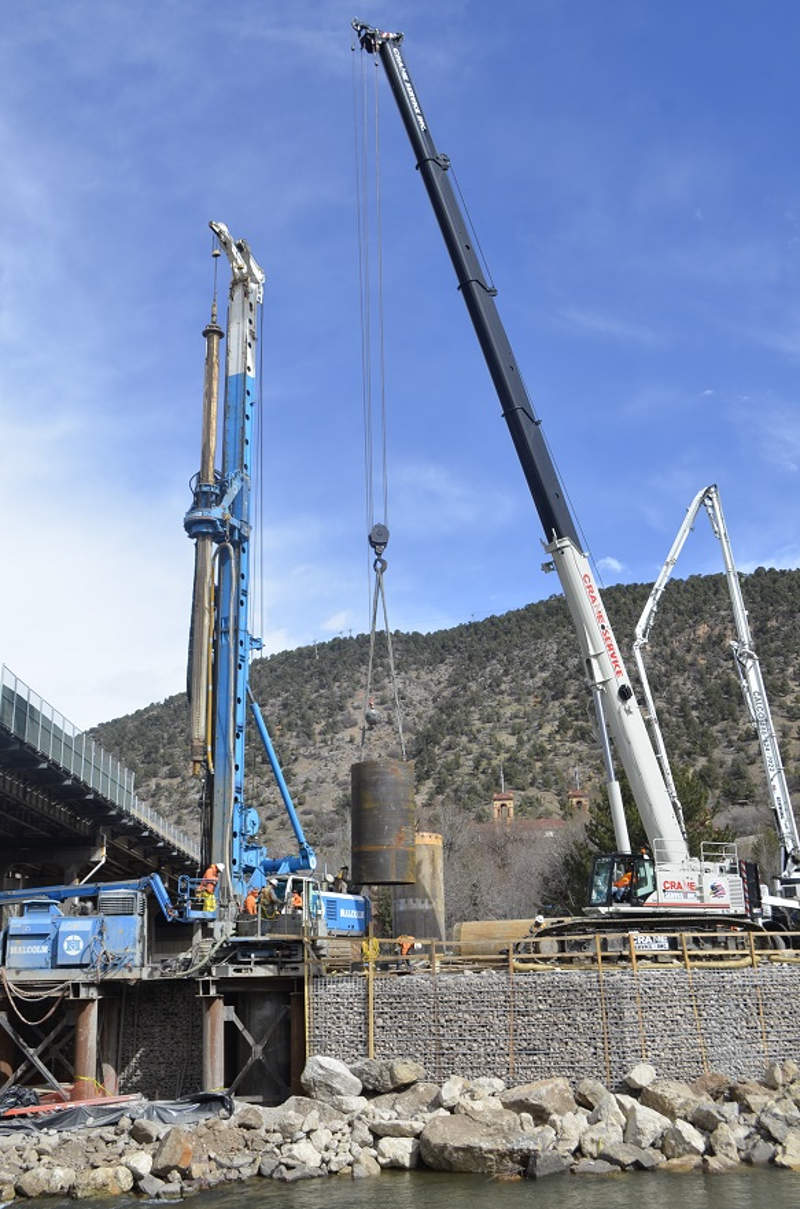 Replacement of the bridge is essential to ensure connectivity between Glenwood Springs, the Glenwood Hot Springs district, and Interstate 70. The project also promotes public safety by providing emergency service response.

Construction of the project commenced in January 2016 and the new bridge was opened to traffic in November 2017.

The replacement project was undertaken as the existing bridge is functionally obsolete. The existing bridge consists of nine spans with three steel units of concrete pier foundations. It has insufficient vertical and horizontal clearances, as well as a 55% of load-carrying capacity.

It also has four narrow 9ft 4in lanes instead of the standard 12ft, with no shoulders. The deck and girders of the bridge do not also meet the current design standards.

Replacement of the bridge widened the existing lanes, improving the load of the deck and girders, as well as promoting clearance at 7th Street and the Union Pacific Rail Road.

The project also includes the construction of bicycle and pedestrian pathways on either side of the river.

The southbound left turn lane is extended and the lane widths between 7th and 8th Streets are reduced to 11ft to fit into the existing lanes downtown.

A five-leg roundabout at the 6th Street/Laurel Street intersection is also constructed to minimise traffic between I-70/SH 82, 6th Street, and Laurel Street. The fifth leg of the roundabout is a one-way southbound lane connecting to the Exit 116 interchange.

A traffic signal is installed at the 8th Street and Grand Avenue intersection to control traffic movements.

A new grade-separated path starting from the existing Two Rivers Park Trail is built to replace the existing connection. New pathways and crossings are also constructed at the 6th Street/Laurel Street intersection.

Construction on the Grand Avenue Bridge project was carried out in five phases. South and north causeways were constructed to provide access to both the piers of the new bridge and the pedestrian bridge.

Phase one of the project included construction of the southern causeway, a cul-de-sac at the west end of the Glenwood Hot Springs parking lot, and installation of utilities on the 7th Street and Wing Street. It also included the installation of a temporary footpath, cassion and substructure work.

Construction of the south causeway was completed in March 2016. The temporary walkway was opened in March 2016 and the old pedestrian bridge was demolished in April 2016.

The second phase involved the construction of a road route, walls of river road and some of the I-70 westbound off-ramp. A pedestrian tunnel, cassions, drainage systems and a pedestrian building at 7th Street were also constructed. The new pedestrian bridge was opened in April 2017.

The next phases involved the construction of the north causeway across the Colorado River, 6th and Laurel Roundabout, River Street, SH 82 and I-70 Exits.

The construction of Glenwood Hot Springs Lot and the removal of the causeway were completed by March 2018.

The Granite/RL Wadsworth Joint Venture (JV) was appointed as the construction manager / general contractor (CMGC) for the project. The total value of the contract is $76m.