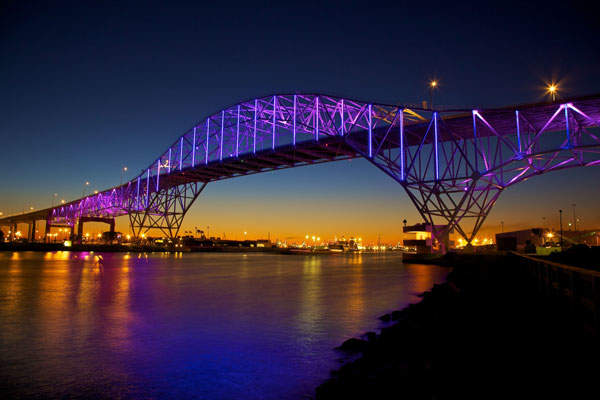 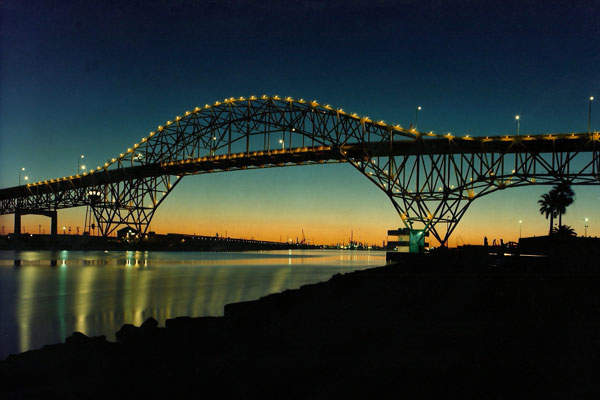 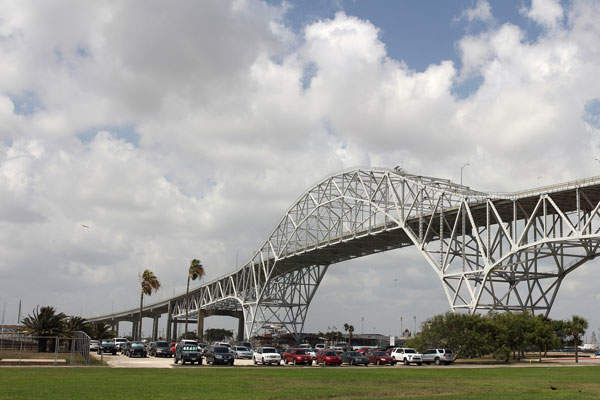 The existing bridge was built between 1956 and 1959 to replace a drawbridge. Credit: Will C Fry.

The Corpus Christi Harbour Bridge located on the US 181 motorway in Port of Corpus Christi, Texas, US, was constructed between 1956 and 1959 to replace a drawbridge.

It is further being replaced with a cable-stayed bridge, which will have six spans with the main one having the longest span of 504m.

The Texas Department of Transportation (TxDOT) completed a feasibility study for the replacement of Corpus Christi Harbour Bridge between 2001 and 2003. The new bridge will address structural deficiencies and navigational restrictions, as well as improve safety, connectivity, and the level of service in the area.

The bridge replacement will also promote, enhance and encourage economic development in the area.

“The new bridge will address structural deficiencies and navigational restrictions, as well as improve safety, connectivity, and the level of service in the area.”

The new Corpus Christi Harbour Bridge is designed to last for more than 170 years. The bridge structure will have a clearance of 62m and a single faceted, tapered tower.

It will feature FIGG cable-stayed cradle system inside the tower and allow the biggest transoceanic boats, including those across the expanded Panama Canal, to access the Port of Corpus Christi.

Twin, parallel cable stays will be fitted in fan arrangement along the middle section. The bridge requires only stay anchors in the deck and no anchors in the tower. All stay strands can be easily replaced under moving traffic.

The bridge will be supported by slender, faceted concrete columns to provide an efficient design and a smaller footprint on the land. It will further be supported by twin precast concrete box girders with precast delta frames.

Both southern and northern approaches of the bridge will have open spans of 180in with fewest joints and bearings. Tower footings will provide protection for port wharf and rail operations on both sides.

The bridge will have aesthetic lighting with programmable LED fixtures. It will also include white stay casings, which will provide a spotless canvas for dramatic night-time lighting.

Construction of the bridge began in August 2016 and is planned to be completed in 2021.

Onsite works include destruction of the existing bridge structure and replacing it with a cable-stayed bridge. It will also include performing road improvement works, including reconstruction and improvements of the roads and links, traffic diversions, relocation of public services, and land acquisition on the US 181 motorway, the I-37 and the SH-286 motorway.

The joint venture (JV) of Flatiron Constructors and Dragados was awarded the design-build contract for the cable-stayed bridge in April 2015.

Financing for the bridge replacement

The estimated investment for the construction of the cable-stayed bridge is $983.4m, of which $854.6m will be spent for the design and construction, and $128.2m for the maintenance and operation of the bridge for a period of 25 years.